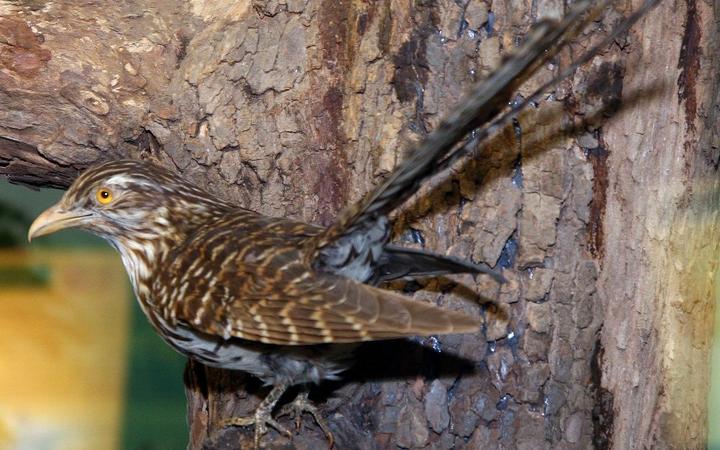 Rotorua Canopy Tours runs a zipline adventure tourism business at the reserve and has reported native long-tailed cuckoos, or koekoeā, were returning to roost in the forest.

"A long-tailed cuckoo is quite large for our native birds, it's very similar to the New Zealand falcon - it's very predatory - and it's got a long tail that's kind of speckled brown.

"They're quite a unique bird because they lay their eggs in other birds' nests, particularly the yellowhead and whitehead birds."

He said they were returning to the forest because of the conservation efforts in the area over the past seven years.

"At the start, the forest was silent but in the last seven years a lot of bird life has come back - including really good numbers of the whitehead and yellowhead, more so the yellowhead - and so the long-tailed cuckoo has come back, they've got the nests to lay the eggs in again."

He said the conservation effort had been part of the canopy tour business model since it started, but had become more of a major part of the story as it saw dramatic results.

"We've got 700 traps through a 230ha block, the majority are the Good Nature self-resetting traps and then we have a lot of DOC 200s and a couple of other manual traps.

"We're out there monthly clearing and resetting the traps and removing our friends the possum and the rat and the odd stoat and to be honest the results have been just mindblowing.

"Our possum count is down to 3 percent and our rat count was down to 19 percent which is unheard of in a mast year."