Forest & Bird is seeking a judicial review of current catch limits on the much prized eating fish, tarakihi. 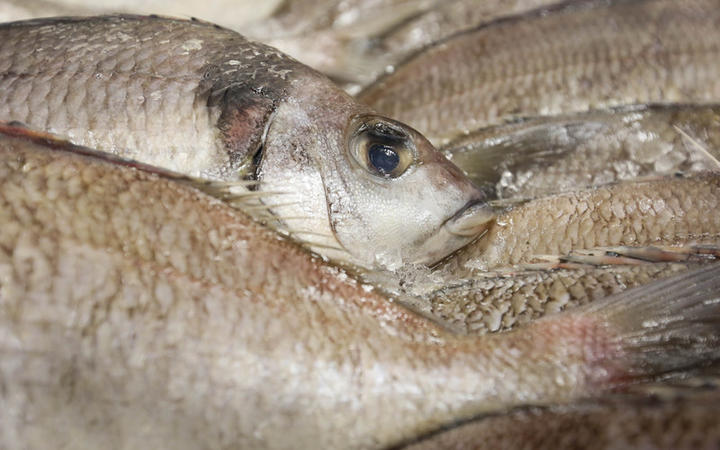 It believes Fisheries Minister Stuart Nash was wrongly advised when he set the current limits on commercial fishing for the species.

The issue arose when Mr Nash cut the commercial catch limit for tarakihi by 10 percent in September.

This followed a cut of 20 percent a year earlier.

Mr Nash said at the time of his September decision that reducing the tarakihi catch was supported by scientific evidence that the number of such fish off the East Coast was very low.

"Tarakihi is an important fishery to a lot of communities and we need to allow it to rebuild," Mr Nash said.

The fishing industry would help out by monitoring and verifying catch limits with cameras on board vessels, he said.

"Further reductions may be introduced if industry are not able to deliver on commitments," Mr Nash added.

"Sustainable use is at the heart of these decisions. They are based on the best available scientific information along with feedback from the community."

But Forest & Bird said it wanted to go to court to challenge Mr Nash's decision, saying tarakihi had been fished to only 15 percent of its of natural prevalence.

"Tarakihi is an important coastal fish, so it is very concerning it has been overfished to this extent," said Forest & Bird chief executive Kevin Hague.

"This is a critically low level. There is clear Government policy that any fish stocks that are overfished to this extent must be rebuilt, and in the case of tarakihi this should happen within a maximum of 10 years."

The conservation organisation also questioned what it called the Minister's reliance on a voluntary plan provided by the fishing industry.

When the September plan was announced, the fishing industry supported Mr Nash's position, saying it accepted a 30 percent reduction in the tarakihi catch over two years, to help the species rebuild.

Fisheries Inshore New Zealand chief executive Jeremy Helsen said some fishers might suffer from another drop in their allowable catch, but he supported the cut in the long-term interests of the fish, and pledged to "roll with the punches on this issue".

"We are very cognisant of the need to rebuild the fishery, we want to rebuild it, so we support the minister's decisions," Mr Helsen said.

"But we are proposing to do a whole bunch of other stuff that will help rebuild the fishery faster."

This included working on measures to catch slightly larger fish and avoiding fishing in areas where there were juvenile tarakihi, in a bid to speed the fishery's recovery.