Joey pouches have been the order of the day after Selwyn residents intent on helping wildlife devastated in the Australian bushfires descended on libraries over the weekend. 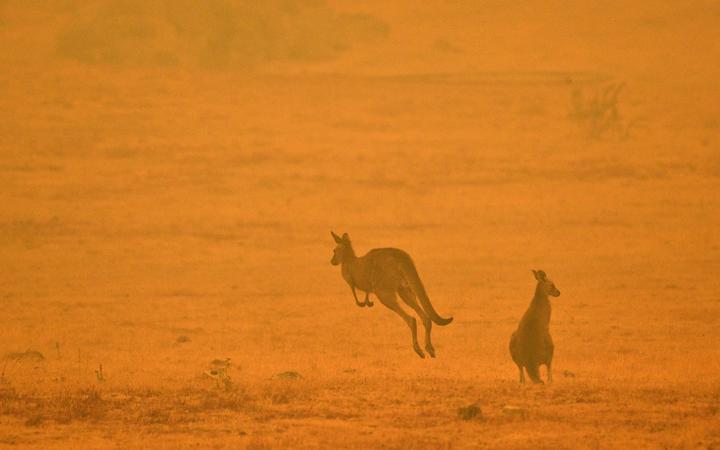 Bushfires across Australia have completely destroyed the lives and habitats of wildlife in recent weeks, with some estimates putting the loss of animal life at one billion.

A campaign launched this week by Selwyn Libraries in Canterbury is supplying materials, patterns and sewing machines to library users to manufacture pouches, wraps and nests desperately needed by agencies working with injured animals in fire-ravaged areas.

Fires in New South Wales, Victoria and Kangaroo Island have burned unprecedented swathes of land and habitat, killing at least 28 people and destroying hundreds of homes in the process.

Many animals remaining are injured and have no sources of food.

Libraries at Lincoln, Rolleston, Leeston and Darfield opened their doors for sewing enthusiasts and knitters to come in and help make the items.

Staff became aware of the Animal Rescue Craft Guild's plight not being able to keep up with devastation and decided to facilitate practical assistance from the local community.

"We just thought it was important to respond after reading community Facebook pages on the help needed and who people could help," she said.

She said demand was highest for kangaroo joey pouches.

"It's something really in demand currently, and koala mitts less so. Everyone has been incredibly busy. It was impossible to determine how many people came through the libraries' doors over the weekend, but it was alot and it hasn't stopped. The community is really coming together." 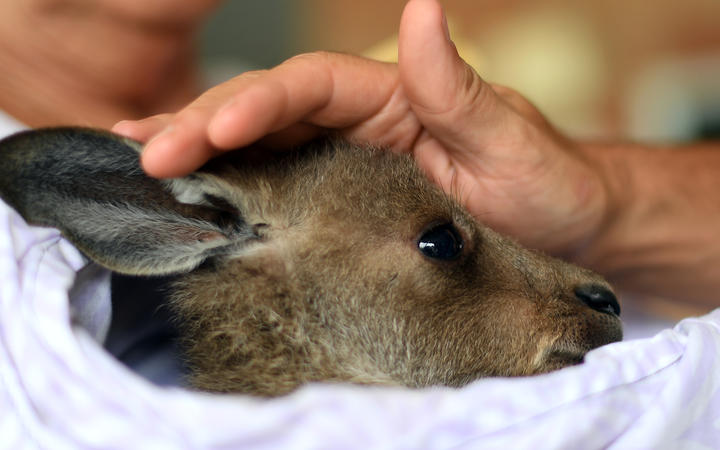 A rescued kangaroo with a volunteer of wildlife rescue group WIRES, who are working to save and rehabilitate animals from the months-long bushfire disaster, on the outskirts of Sydney. Photo: AFP or licensors

Other items being repurposed from old sheets and linen include wraps for bats and crocheted nests for displaced birds.

As well as coming in to libraries to make items, residents can also make items at home.

"A lot of people have been taking advantage of this, working on patterns from home," she said.

Patterns and sewing requirements can be found online, or by checking the Selwyn Libraries Facebook page.

Libraries are also keen to accept donations of soft natural fibres, like flannelette cotton for linings.

Volunteers can call in to help or drop off donations to any Selwyn Library during normal opening hours. Completed items will be boxed up and posted to agencies in Australia.

Browne said it was unclear when the first batch of items would be sent over to Australia, as "logistical issues in Australia" had yet to be resolved.

She said the project would continue for as long as the demand for items remained.

Similar initiatives have been launched around the country.