On a lonely gravel road in the Mackenzie District, a sanctuary has been set up for one of New Zealand's rarest species - the robust grasshopper. 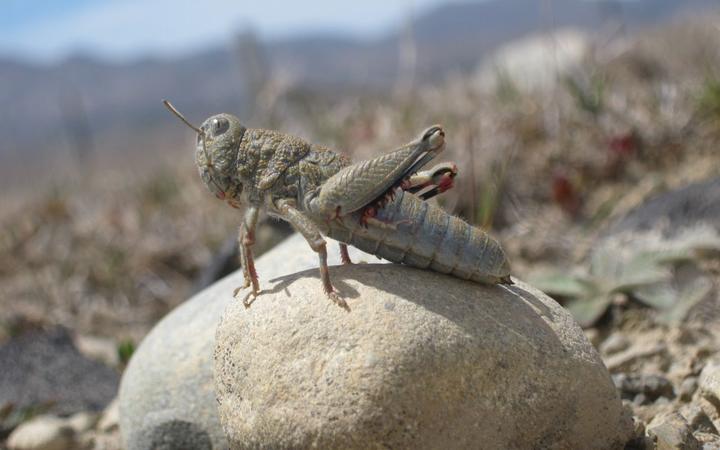 Robust grasshoppers are found mostly around the MacKenzie Country's isolated braided rivers, but one hardy population has found a home on a dusty, unused gravel road on conservation land near Tekapo.

It is believed to be the world's first insect sanctuary, and it has been established to understand the insect better, and hopefully boost its numbers.

Robust Grasshoppers are a brown-grey colour, stoutly built and very well camouflaged in their natural environment. The adult females can grow up to 4cm long with males reaching half that size.

Unfortunately, they are also particularly smelly - which makes them an easy lunch for introduced pests such as hedgehogs and stoats, which hunt by smell.

Tara Murray, a senior lecturer from Canterbury University who oversees research at the sanctuary, said it was very difficult to determine how many grasshoppers there were in the wild because they were so hard to spot.

"The robust grasshopper is nationally endangered, so that is the same as yellow-eyed penguin and the kea which people already know."

She said they were trying to determine why the grasshoppers were endangered, and whether the main threat to them was predators or their environment.

Dr Murray said the insects had a reputation as bad jumpers, which was unfair.

"They can actually jump and can jump really quite well when they are running away from you on a hot day and have lots of engery, but the big adult females particularly aren't very good at landing - they tend to flop wherever they end up."

The 6000sq m fenced pest proof sanctuary was set up in November 2018 on part of the large conservation area known as Te Manahuna Aoraki.

It was established around part of an already known population of the grasshoppers, which had taken up residence in the middle of a gravel road.

Dr Murray said it was not clear how the grasshoppers ended up based on the gravel road, but they thought it may have happened during the construction of a nearby Tekapo Hydroelectric canal.

Te Manahuna Aoraki area, which is about twice the size of Auckland, covers public and private land and is a joint venture between the Department of Conservation, local runanga, landowners, and the Next Foundation which funds environment and education projects.

Te Manahuna Aoraki project manager Simone Cleland said the area was fringed by the mountain ranges of Ben Ohau, the Southern Alps down to Two Thumbs, as well as two hydro lakes and 35km of canals.

She said they would like to make the whole area predator-free, and the grasshopper sanctuary gave them a chance to test whether the design would work on a larger scale in the district's challenging environment.

"The MacKenzie is renowned for really high winds - 300km/h winds are not unusual in some of these places - and really high snow loading too. So, part of the grasshopper fence test is to see how it withstands those conditions," Cleland said.

Cleland said Te Manahuna Aoraki had a wealth of creatures worth protecting.

"The key species that we are looking at in this area are rock wren and kea and Mountain Stone Weta in the alpine zone. Then we have all our braided river species as well. So things like kakī - the rarest wading bird in the world - wry bill, black fronted tern, robust grasshopper and a lot of skink species as well." 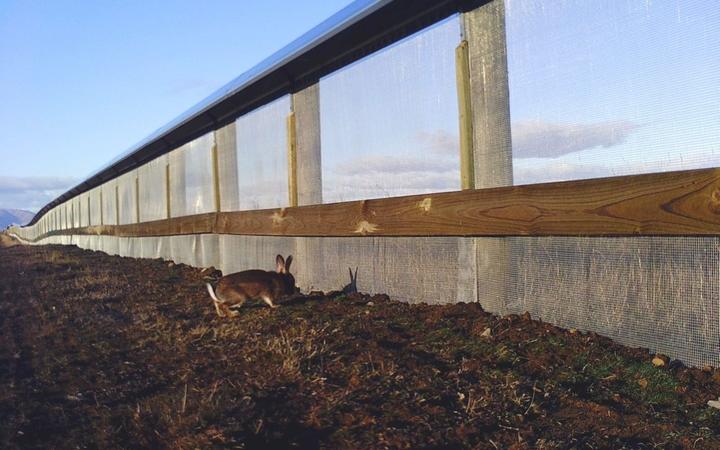 Dr Murray said students visit the site from November to March to carry out counts to determine if the sanctuary is boosting numbers.

The grasshoppers have a two-year life cycle, so it will not be certain whether the sanctuary is boosting numbers until November next year.

"If we get an indication by next year that the fence is actually doing that, actually resulting in more grasshoppers surviving, then there are options around whether we put more grasshoppers into that habitat and using it as a little nursery for grasshoppers to then place into other environments. So basically spreading the risk around different populations within the MacKenzie district. "

The grasshopper sanctuary is 18 months into a three-year trial, and by the end of this year they hope to have a better gauge on whether the techniques can be used to make Te Manahuna Aoraki a sanctuary for many more threatened species.