A large number of chickens have died after a power failure at a Hellensville farm whose operators are contracted to Tegel. 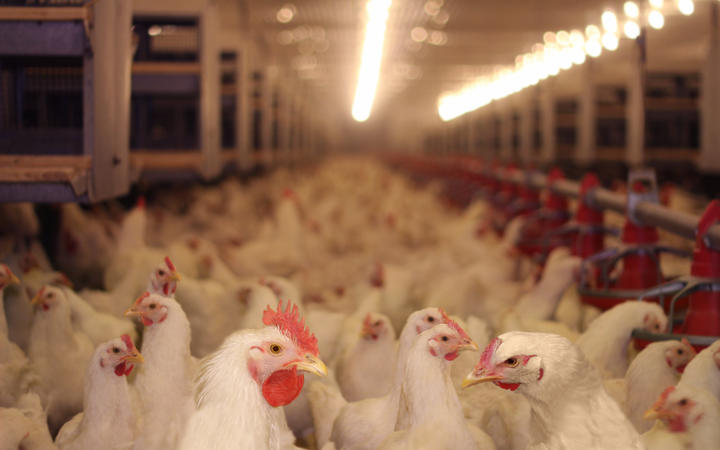 The Ministry for Primary Industries said about 190,000 chickens died in the early hours of Saturday at a chicken farm in Helensville.

The ministry's director of compliance, Gary Orr, said the deaths were "due to a power failure and a subsequent generator issue".

"Any such incident is extremely concerning to us and we are now investigating," he said.

"It's the chicken industry's responsibility to ensure disasters like this don't happen. They need to have back-up systems," she said.

"It's quite clear that they're treating those poor birds as units of production rather than sentient animals that they are, who suffer."

Poultry Industry Association executive director Michael Brooks said farms were legally required to have a backup power supply and it was tragic that had failed.

"I can't remember a situation of this nature occurring in the time that I've been there, so it is an extremely unusual situation - and as I say a real tragedy," he said.

"Intense investigations are going on as we speak, I'm sure."

In a statement, Tegel said it "has confirmed that a power interruption on the grid and the subsequent failure in the backup systems has resulted in the loss of birds from a farm in Helensville.

"Tegel is working closely with all its contracted growers to ensure contingency systems are in place and working correctly."