The Ministry for Primary Industries believes its is possible to eradicate a chicken virus that was recently detected here. 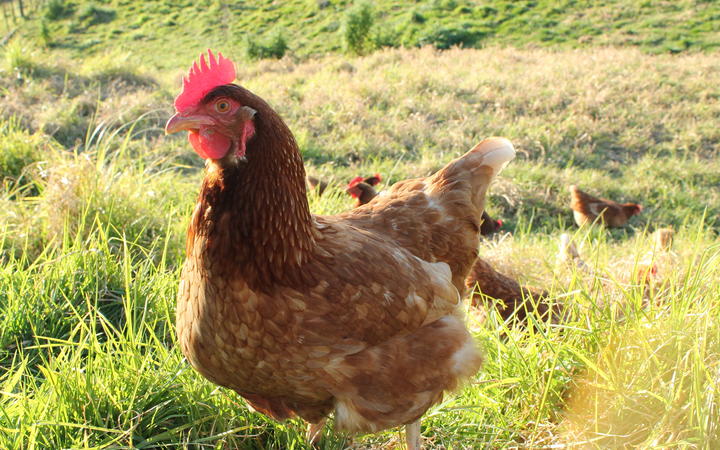 The virus can affect the immune system of young chickens but doesn't pose any risk to human health.

However, MPI has stopped issuing export certificates for countries that require a guarantee that hens are free from the virus, including Australia, a market where New Zealand poultry exports are worth nearly $60 million annually.

MPI's response manager, David Yard, said testing from overseas had since confirmed the virus was present here and the department was now working with the poultry industry to explore options for eradication.

Mr Yard said despite intensive surveillance efforts, the disease appeared to be contained to only two infected farms. These were under very tight biosecurity controls which meant that any risk of the virus spreading was being managed, he said.

"It is possible to get rid of it [the virus], by allowing the hens in those affected flocks to reach the end of their natural productive life and safely dispose of them... this is just one option that we're working through," he said.

Mr Yard said the birds that had tested positive for IBD type 1 appeared to be in good health and there were no animal welfare concerns.

MPI's market access team was working hard with counterparts in Australia to minimise the impact the disease was having on trade, he said.

"We continue to work closely with those those authorities on arrangements that might allow allow trade to resume as quickly as possible."

Mr Yard warned this was not likely to happen in the next few weeks.