Chicken and egg exports to some countries have been halted following the likely detection of a poultry virus here. 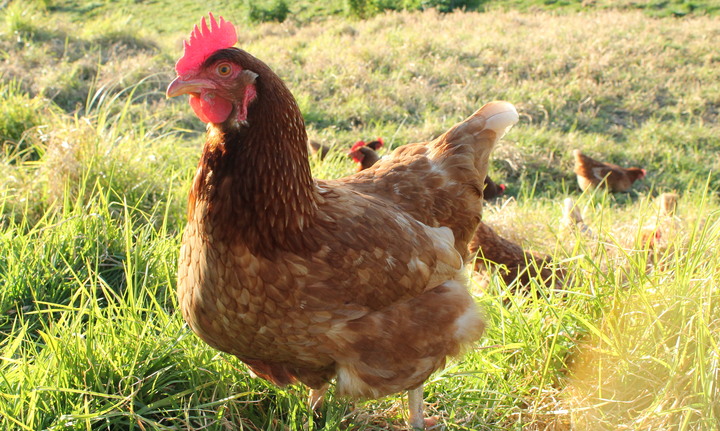 The disease does not pose any risk to human health Photo: RNZ/Carol Stiles

The farm is waiting confirmation from an overseas laboratory that the virus was present.

The disease can affect the immune system of young chickens but does not pose any risk to human health.

While more tests are being carried out, the Ministry for Primary Industries has stopped issuing export certificates for four countries that require a guarantee hens are free from the virus.

A second, nearby farm has also returned suspect results.

No birds had shown any symptoms and the farm was under voluntary biosecurity controls, MPI's response manager David Yard said.

While it was unfortunate for exporters, this was the appropriate action to take, he said.

"This is a trade reaction and trade issue and so we won't be paying compensation for those lost earnings."

New Zealand chicken and egg exports go to four countries, "Australia, Singapore, Korea and Kiribati…exporters to those countries will not be able to export and it amounts to $54 million of imports... we will no longer be able to sign certificates with confidence, " he said.

The largest market affected is with Australia, where chicken exports are valued at about $52 million.

Egg Producers Federation and the Poultry Industry Association executive director, Michael Brooks, said most chicken meat and eggs produced here go into the domestic market, but those that do export will take a hit from this.

It does seem the virus was contained to one egg producer, so hopefully some sort of arrangement can be made with key markets," he said.