Chickens that are iconic to a west Auckland suburb are being rounded up and taken to new homes out of health and safety concerns.

The Waitākere Ranges Local Board voted unanimously to catch all the wild chickens wandering in the Tītīrangi village and surrounding areas in July.

Chairperson Greg Presland said the discussion has been going on for years and the decision was made after taking locals' feedback on board.

He said there are too many of them and they're causing major problems.

"They scratch around the Kauri, featuring the Kauri die back. They were getting rid of the undergrove. They were scaring the native birds away. [The] number of native birds seem to have gone down. They were messing everywhere and they were a bit of traffic hazard," he said. 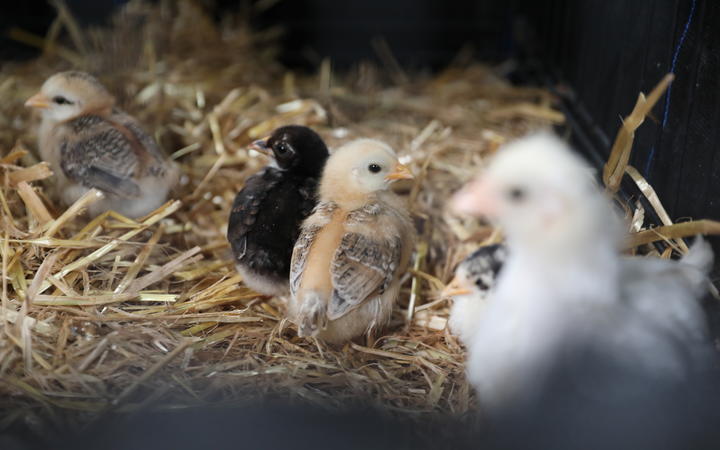 Dozens of roosters, hens and chicks gathered around a car park at the Tītīrangi War Memorial Park today where contractors had placed food to lure them.

It's the second day of the chook round up, and 26 chicken have already been caught and taken to Kumeu for a vet check up, before they're sent to a new home.

The contractors will keep coming back until they've rounded up all the stragglers - and the process will go on for about two weeks.

Local resident Heather Kearns said she wanted the chickens to be treated well.

"I don't think they're safe here and they do cause a danger to other people here, so that's a worry. I understand the people who have to drive through this area all the time would find it quite hard, worrying about running them over," she said. 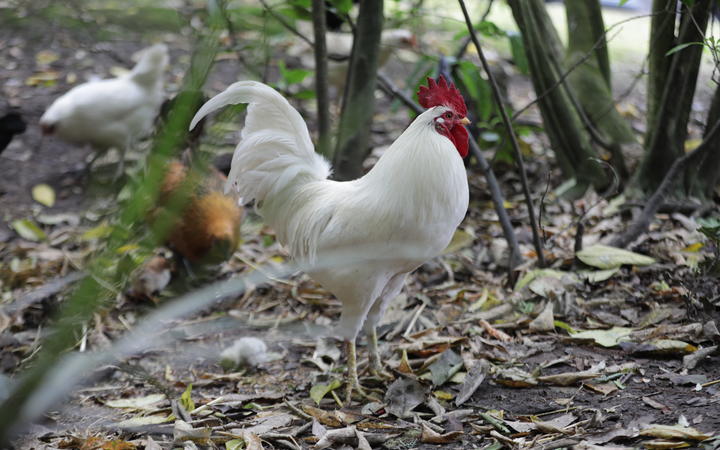 Another local Talena Hansen supported the capture and relocation.

"I think it's cool we have free-range chickens and it's unique to Tītīrangi, but the numbers at the moment is an over-population. It's probably better for them as well in the long run," she said.

Dr Graeme Ashby was at the Kemeu Showgrounds to check the captured chickens.

"I'm checking for any lice or mites which would be expected in the wild, coming from other birds they have come in contact with. I haven't found anything yet. I'm also checking to make sure they're well-muscled and they are...they're eating and doing really well," he said. 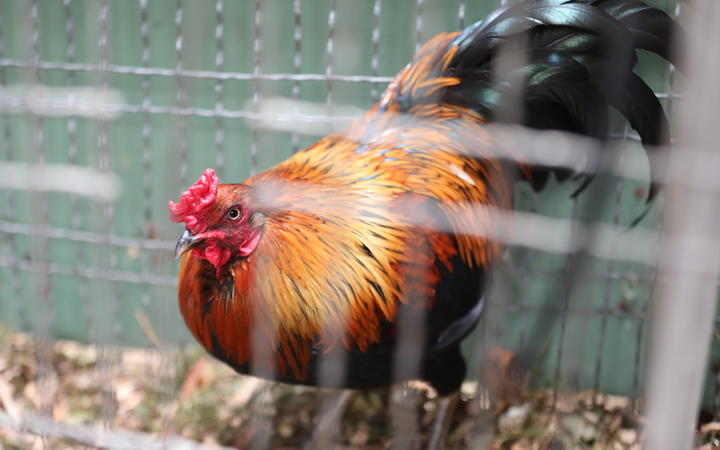 For any chickens that were not fit enough to be taken to a new home, an animal rescue farm was ready to help them recover.

"None of our animals go to anyone that will eat them or slaughter them after a certain age. We ensure all animals go to forever homes and forever homes only. If it takes months for them to heal, they generally will get a name and stay with us because we'll be in love with it and it's just too hard to separate," she said.

Peter Alexander, from beehive rental business BeezThingz, will provide a home to some of the healthy chickens.

He said fences have been put up to give the chickens a safe space of their own - hundreds of thousands of square metres in Ardmore in south Auckland.

Mr Alexander said the chickens will have company - the cows, ducks, and chickens already on the farm - and they'll have food and get a job to do.

"This is a win-win situation for the chickens and for us. The chickens go between the beehives and pick up the dead bees and we don't have to deal with cleaning that up. They do us a service and for that we keep them."

Mr Presland from the local board said they were going to ensure the chickens were not separated from their families - known as clutches - when rehomed.