The chickens that have been free ranging around a west Auckland village look set to be rounded up and - if possible - found new homes. 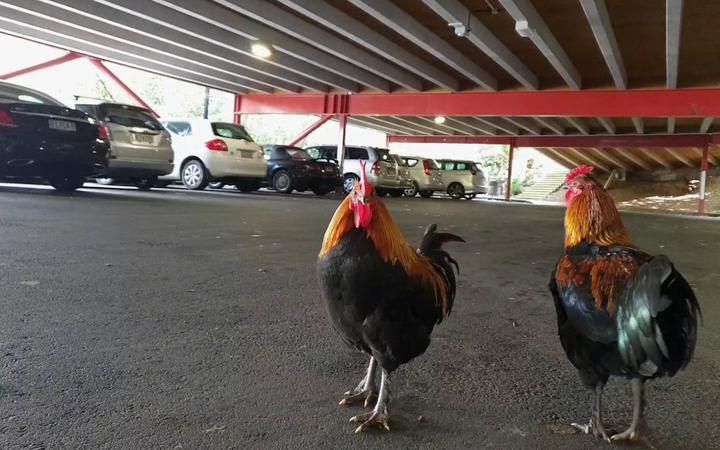 Last night, the Waitākere Ranges local board voted unanimously to capture all the wild chickens pecking around Tītīrangi and the surrounding areas.

It was hoped they could then be re-homed, with culling as a last resort.

The plight of the chickens divided the local community, with some finding their presence a delight while others considered them a pest-attracting nuisance.

Board deputy chair Saffron Toms hoped locals would support the decision, and said the chickens posed a health and safety risk.

"I've got two small children myself and I know that they find the chickens really charming in the village but we've had a number of first responders come to us with their concerns about children perhaps running out into the traffic to try and see a chicken, and something really terrible could happen." 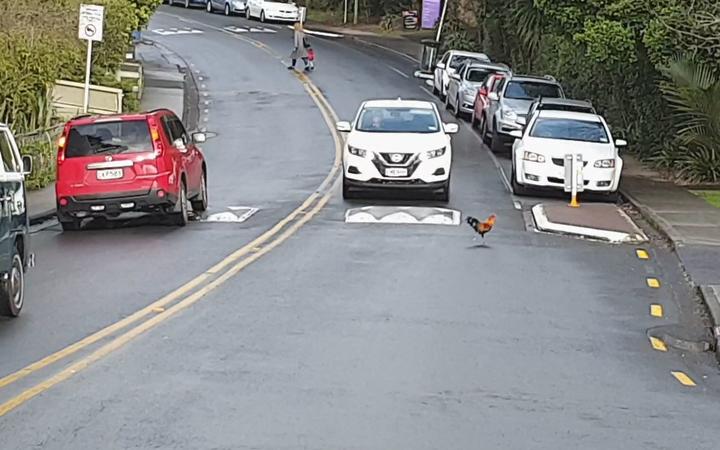 Nobody knows why this chicken is crossing a Tītīrangi road, but they have to stop for it anyway. Photo: RNZ / Rowan Quinn

There were also environmental concerns.

"The under-storey of the forest there is being really, really undermined and there's virtually no succession planting," Ms Toms said.

"You continue with the scratching around with chickens like that there and we will have no forest succession - the trees that are there will be the last ones."

Tītīrangi - despite the media attention - was not alone in dealing with the problems associated with wild chickens, she said.

"They're regularly liberated or dumped in the [Waitākere] Ranges and all through the country, so I think we need to have a wider education around the impact of these birds."

The job of rounding up and re-homing the chickens will now go out to tender.

Waitākere Ranges Local Board chair Greg Presland told Morning Report putting the chickens down may be the "ultimate consequence".

"The local board decided that we need to get rid of all the chickens one way or another, but our preference is they're treated humanely and rehomed if possible."

"We've already had a number of offers from different people. Staff have been cautious that they're homed in situations that are appropriate and that they'll be treated properly. And also that they're put in other areas where they can cause environmental damage."