An Anzac project at a rural school in Taranaki has resulted in two soldiers killed in WWI finally being acknowledged on the village war memorial for their sacrifice. 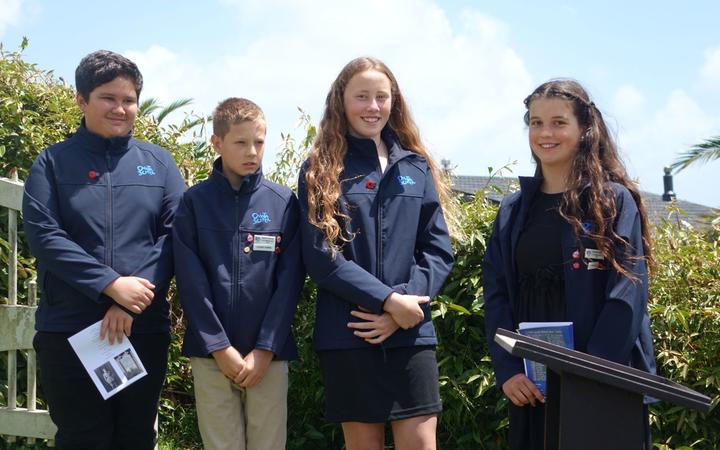 Omata brothers George and Herman Bollinger had been deliberately left off the memorial because of their German heritage - and that just didn't sit right with students at the local school.

About 50 people gathered at the Omata war memorial south-west of New Plymouth today for the unveiling of the names of Sgt G. W. Bollinger and his brother Rifleman H. Bollinger who both died on the Western Front in France.

Among them were four students from Omata School who could scarcely believe their project had resulted in a wrong that had lasted 100 years finally being put right.

Charnèe Julian, 13, said the brothers had been unfairly maligned. 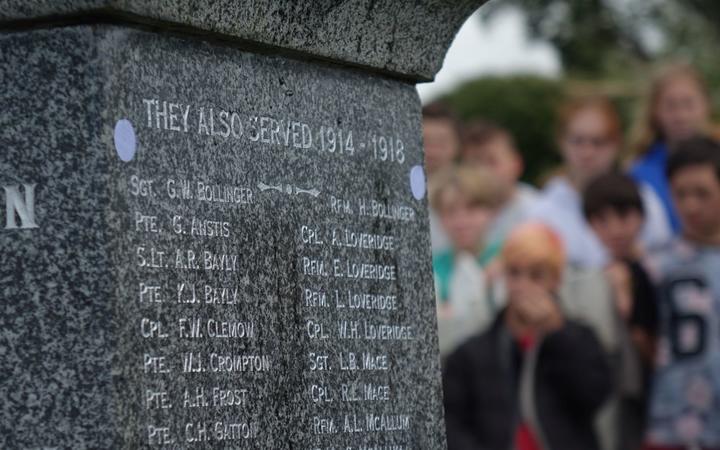 "George Bollinger, he was extremely loyal. He actually went back to fight again to prove his loyalty to New Zealand and their cousins actually fought for the Germans also.

"So George was pretty loyal and I'm pretty sure Herman died on his first trip." 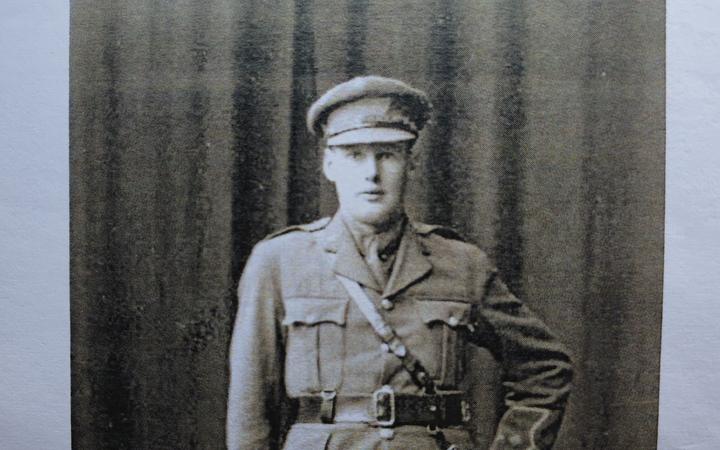 George served with distinction in Gallipoli and despite rumour-mongering about his background, he was chosen to return to New Zealand for officer training.

But after further protests about his German heritage from the Women's Anti-German League and at least one MP, he volunteered to return to the front.

George died from wounds received in action in 1917 while Herman fell in 1918 also in France. George is buried at the military cemetery at Bailleul.

Vaydim Noonan, 13, said the brothers' names deserved to be on the Omata memorial.

"People just don't know what they are really doing when it comes to people fighting in the war. If they thought just because they fought and they had German blood they don't deserve [to have their name on the memorial] ... if they died fighting for New Zealand they deserved to have their name here." 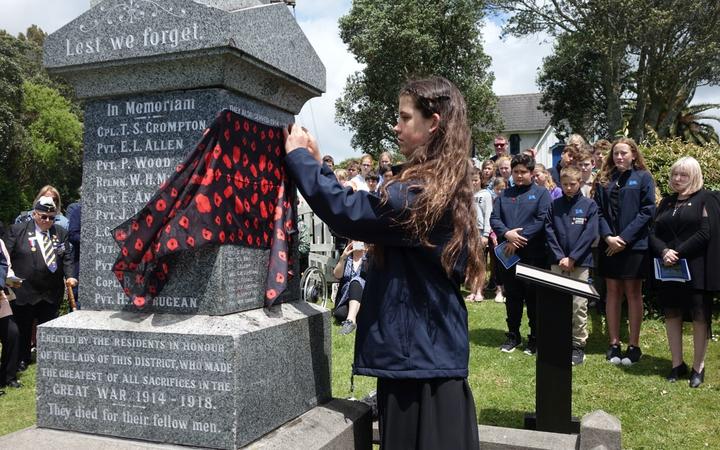 Charlotte Butler, 13, said that the community at that time had written to the local authorities to decide whose names were going to be on the memorial and despite the men being recognised on the New Plymouth Boys' High memorial they were unwanted at Omata because of their German ancestry.

Armed with their research the students approached the New Plymouth District Council to have the men's names included on the Omata memorial.

Charlotte said receiving the email telling them that the Bollingers' names had been engraved on the memorial was quite overwhelming.

"It's been 100 years and nothing's happened and then one year when people all band together and try to do something ... and it takes one year and four people to get it done and it's just so awesome because we all worked really really hard and to see that one email saying 'it's done' and then you're like wow we actually did this."

The students did not stop at getting the men's names engraved on the memorial. 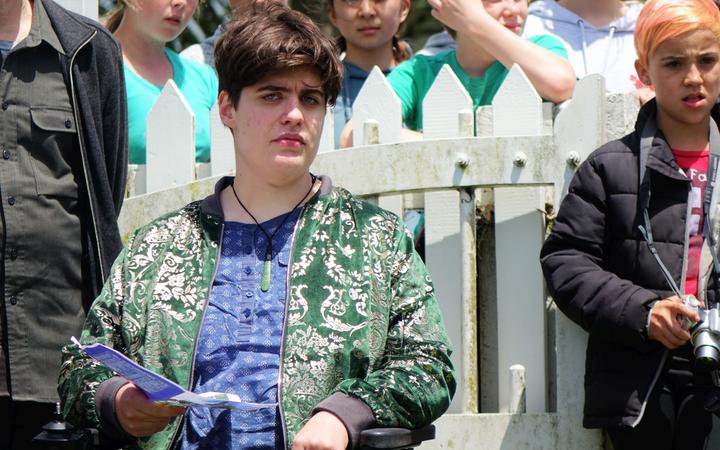 Using a school journal article from a descendant of the Bollinger brothers and a little help from the Anglican Society, the students tracked down relatives of the men who also attended today's ceremony.

Henrietta Bollinger wrote that journal piece about George Bollinger and had travelled from Wellington to be at the ceremony.

She said it was important that the push for change came from the community.

"Having that harrowing experience, losing friends and coming home and then his community turning on him for having German heritage.

"So I think there is something very significant in the fact that it is his community rectifying this and they are taking him back essentially." 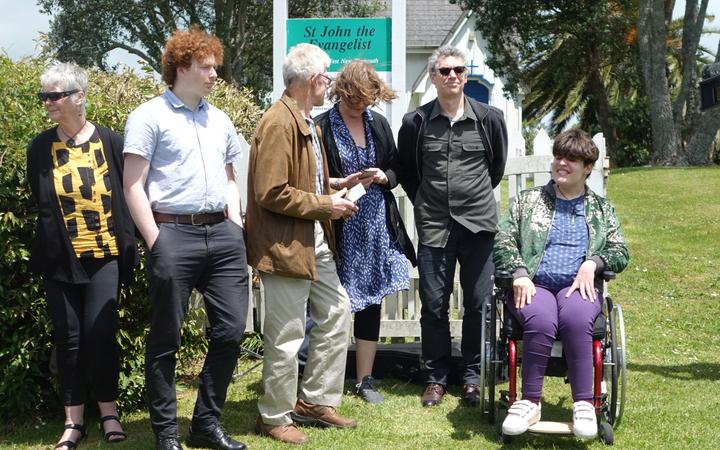 Ms Bollinger said it had been an emotional experience and she was in awe of what the students had achieved.

"It's very moving to feel just like this injustice that was done to members of my family has been reconciled somehow."

Omata teacher Reece Williams was proud of the students' efforts.

"It's something that started as a fairly innocent school programme that we were looking at and then we found out about George Bollinger and about his story.

"And these four students, in particular, were up in arms as to the injustice and they were pretty keen to do something about that and so with very little encouragement they went off and did a lot of research and there was a lot of nerves about calling people but they did an awesome job."

It's said that the Bollingers' father, Max, died of a broken heart after hearing of their deaths.

Eight relatives of the brothers also died during WW I - fighting for the other side. 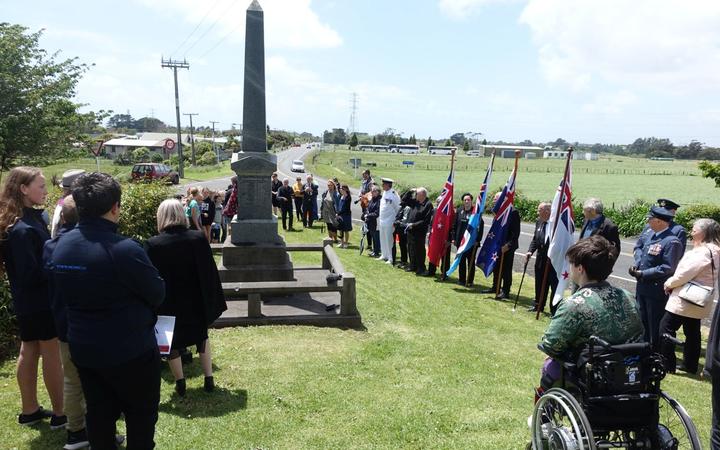