A journey home which has been 64 years in the making has finally come to an end for the whānau of Sergeant George Nepia. 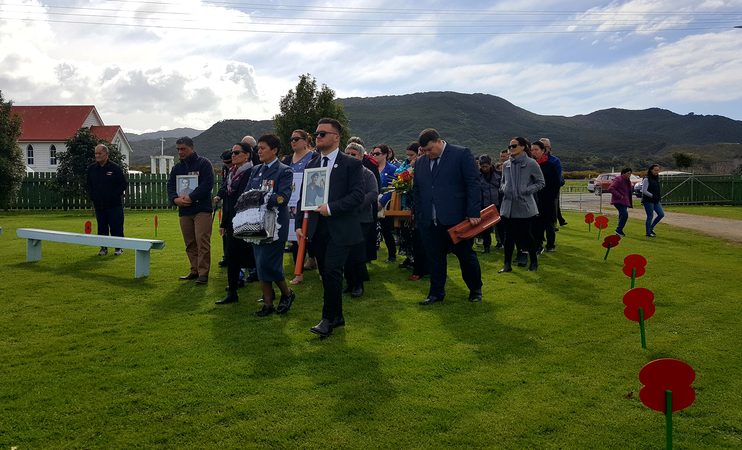 The oldest son of All Black legend George Nepia was one of 27 soldiers repatriated from overseas this week and he made his way back to the East Coast yesterday.

At the centre of St Mary's Church at Tikitiki sunlight pours through a stained glass window which shows two soldiers kneeling before Christ on the cross.

One of those soldiers is George Nepia's grandfather, Henare Mokena Kohere, who died in WWI after being wounded in the Battle of the Somme.

In 1954, George Nepia died in Singapore while serving for the Fijian Battalion and was buried at the Kranji Military Cemetery.

St Mary's Church was set up by Ngati Porou leader Sir Apirana Ngata as a memorial for the East Coast Māori soldiers who fought and died in WWI.

Whakairo (carvings) adorn the pews, walls and ceilings of the church and it was an appropriate first stop for the soldier's return home.

At Rangitukia, it was the turn of the haukainga to welcome their fallen son back to Hinepare Marae.

A line of poppies made a path from the front gate to the wharenui and tears fell as George Nepia's coffin came to rest. 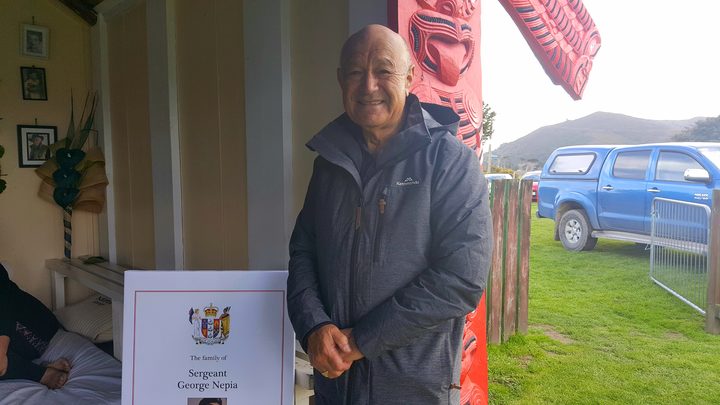 George's cousin Joe Naden is 81 and one of the last people alive who remembers growing up with him.

"He was easy to get on with, had stacks of friends and very very popular as an adolescent."

Mr Naden recalled a story told by his sister of the last night George spent with his father before going to war, walking up the road.

"She heard them singing this song out loud because nobody else was on the road.

"'How Deep was the Night' was the song that my sister heard them singing."

Mr Naden said George could finally rest in peace at his family urupa (cemetery) at Rangitukia.

"(His whānau), they're all in a plot with a fence around it, and the grandparents, so that's a good thing to come out of all of this in his repatriation is his being buried beside his loving parents." 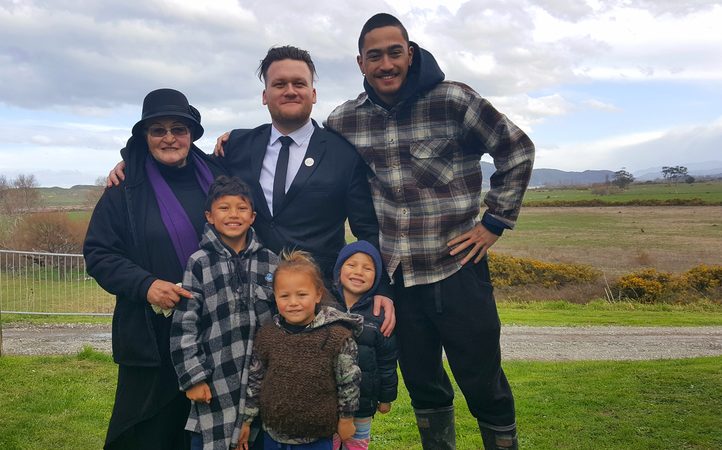 "It's a dream come true, you know, it's been their dream for years.

"I married the youngest son and he longed for his brother to come home."

Her mokopuna, Callum Phillips, is the son of Rose Nepia who worked with the Defence Force on the repatriation, and he held a photo of George as he led his whānau onto Hinepare Marae.

He summed up the feeling of the occasion in one word.

"It was about him coming home finally. When you put it into perspective it's been 64 years of nothing, so it's better late than never."