The remains of New Zealand servicemen who served in South East Asia between 1955 and 1971 have finally returned home.

Families of 27 servicemen who died while serving their country say they can relax because their loved ones have now returned home.

The men died in combat, from illness or accidents while serving with the New Zealand Defence Force in Thailand, Malaysia, Singapore and Vietnam.

The repatriation of the soldiers, along with a 3-month old who was the son of a soldier stationed in Malaysia, has been completed.

In an emotional ceremony at Auckland Airport, 27 caskets all draped with a New Zealand flag plus one small white coffin slowly came out of the cargo hold of a chartered Air New Zealand Boeing 787, direct from Kuala Lumpur.

Defence Force pallbearers carefully carried the caskets from the cargo ramp and at a slow-pace took them to a line of casket-trolleys placed on the tarmac. 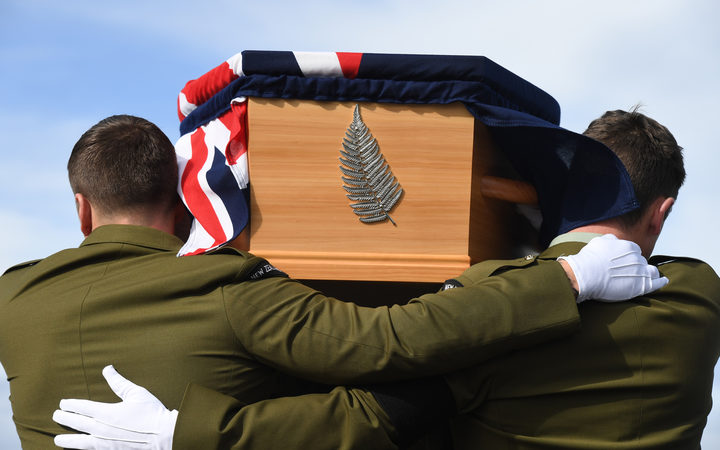 Twenty-seven New Zealand Defence Force personnel and one child repatriated from Malaysia and Singapore are returned home to their relatives at a ramp ceremony at Auckland International Airport. Photo: Supplied / Defence Force

When all 28 were there, a group of sailors, soldiers and airmen and women took over gently carrying the caskets in a procession, lead by Maori warriors and Maori chants through an Airforce armed guard of honour and past dignitaries including the Prime Minister Jacinda Ardern, the Defence Minister Ron Mark and defence force chiefs. 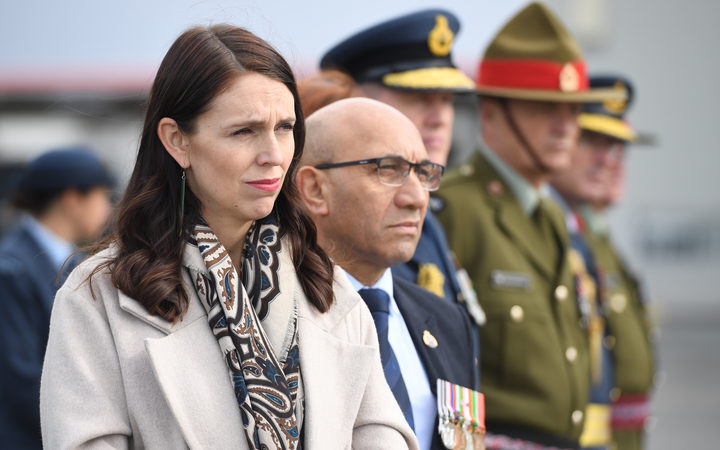 The remains of the servicemen and the child were carried into one of Air New Zealand's huge hangers at its engineering base where they were handed over to their families.

There was then a private service before the caskets were ceremonially taken outside and each one was placed in a fleet of 28 hearses.

They left the airport in convoy and as they did they slowly drove through a defence force haka, the final farewell to the men from today's serving force of men and women.

The Prime Minister said the was ceremony moving.

"To see them return home and to se their families welcome them home was incredibly moving," she said.

"That every single time we deploy our people abroad there's a huge responsibility that comes with that and that we have a responsibility to family members to make sure that we show them the gratitude for the service that they give regardless of when and where they serve."

There are a number of servicemen who died overseas between 1955 and 71 and are still buried there.

Mr Mark said decisions on their repatriation were in the hands of their families.

"It's entirely up to them whether or not they bring their loved ones home. Some have chosen specifically not to."

He said there's been about a year of meticulous planning to get to the point of starting to exhume the remains and repatriate them home.

"Parades like don't happen easily and it's taken about three or four months to pull together with our partners Air New Zealand and also all the other backroom people who have helped us put this together," he said.

Group Captain Nixon said he is very pleased with the way the entire project has gone.

Four more servicemen are still to be repatriated, two sailors from the United Kingdom in September and a sailor and soldier from South Korea in October.