The remains of 27 New Zealand soldiers are finally on their way back to New Zealand after resting in cemeteries in Malaysia and Singapore for decades. 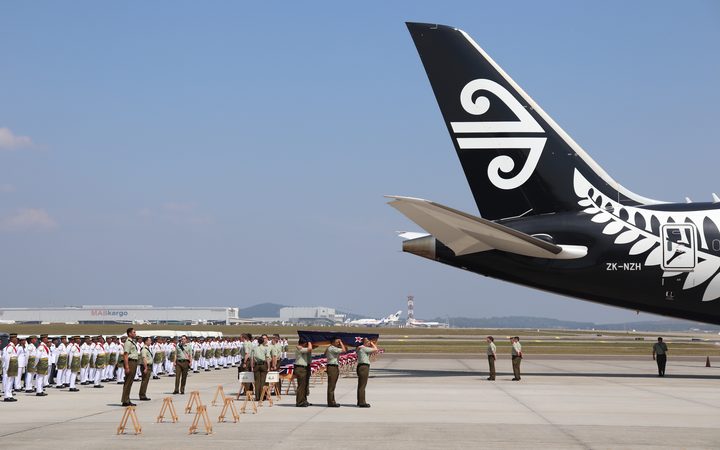 The New Zealand Defence Force has been working at three cemeteries in Malaysia to identify the remains of soldiers who died while serving overseas and finally bring them home.

The repatriation is the largest place as part of the Defence Force's Te Auraki (The Return) project.

The project came about after the government announced last year it would bring home service personnel buried overseas between January 1955 and 1971.

A team of bioarchaeologists, forensic anthropologists, and forensic dentists have been working for two months on the remains of the soldiers, who died in Malaysia, Thailand and Vietnam.

They managed to successfully identify 27 soldiers and a three-month-old baby, the child of a serving soldier who died from illness while they were serving overseas. 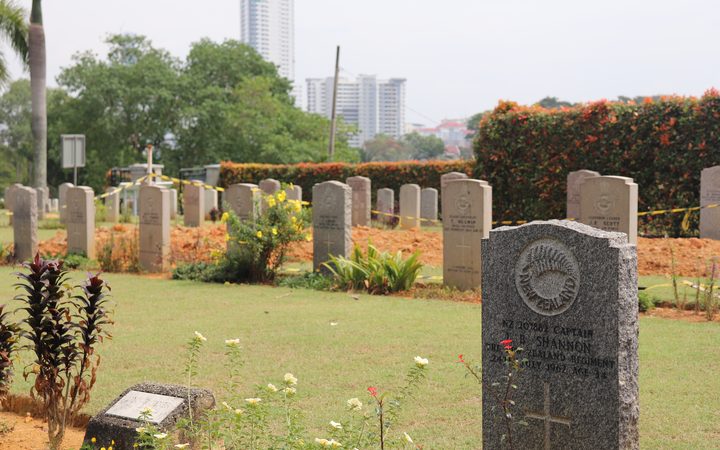 The Commonwealth section of the cemetery in the Kuala Lumpur suburb of Cheras, one of three cemeteries where remains were identified. Photo: RNZ / Nita Blake-Persen

Lieutenant Colonel Charmaine Tate led the disinterment process and said everyone involved had worked hard to get the process right.

"Most of them are around 50 to 60 years in the ground, obviously that has an impact on the condition of the remains.

"So we've been very careful to sort of use international protocols - one to disinter, recover them, and secondly to identify them so we know exactly that we're taking the right people home to their families."

The team was unable to repatriate one soldier who died in a plane crash with two other air force crew members in 1956 and were later buried together.

Since being identified, each soldier's remains has had someone with them 24 hours a day, seven days a week.

Vigil team leader Lieutenant Lyle Patterson said it had been hard going at times for his team, but a great experience overall.

"The guys were there, spent a lot of time with the caskets, with the fallen soldiers, and they definitely had a lot of time for thinking and it did dawn on them towards the end, like, hey this is a lot of people that we're bringing home for their families and it'll mean a lot for the families back home."

The soldiers' remains were officially handed back to the New Zealand Defence Force at a ceremony at Kuala Lumpur International Airport yesterday, which was attended by hundreds of members of the Malaysian Armed Forces.

"New Zealand armed forces squad fought with our alliance to help Malaysia overcome the war at that time.

"Malaysia over the past 62 years has been looking after the men and women of New Zealand, caring for them in their graves, and for all those years, the families of those concerned have wanted their loved ones home, and so today was part of that journey."

Malaysian Armed Forces personnel are on board a chartered flight with the New Zealand Defence Force to escort the soldiers on their final flight home, where they will be welcomed at a ceremony in Auckland at 10am.

*Nita Blake-Persen travelled to Malaysia thanks to a funding grant from the Asia New Zealand Foundation.