Emotional centenary commemorations have been held in a northern French town saved by Kiwi soldiers near the end of World War I, with the site of a planned war museum also unveiled in their honour. 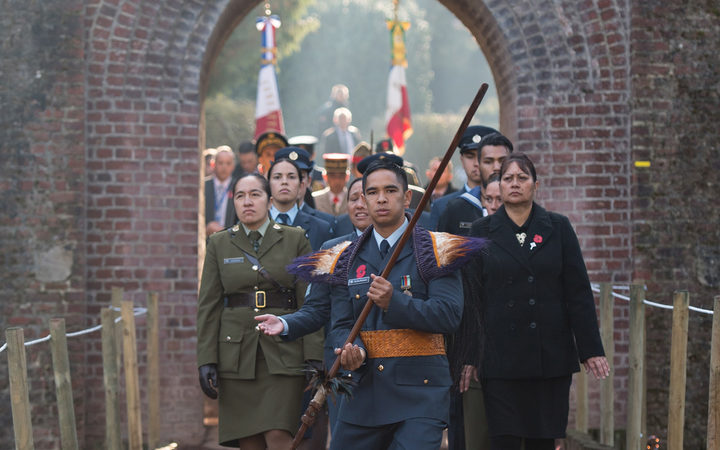 Descendants of some of the soldiers who took part in the daring mission to liberate Le Quesnoy from German occupation on 4 November 1918, were among hundreds who attended.

The official commemorations were led by French and New Zealand VIPs, including Governor-General Dame Patsy Reddy and Ambassador to France Jane Coombs.

More than 300 Kiwi descendants made the long journey to Le Quesnoy.

Just one extraordinary example was the attendance of four children and 19 close relatives of Le Quesnoy veteran David McCulloch. The ex-gunner ran a farm at Glenavy near Ōamaru and died in 1976.

Another woman, Margaret Dawson from Wellington, said she made the trip to France in memory of her grandfather, Alfred Conway, who also lived until his 80s.

Some 142 New Zealand troops died and more than 350 were injured on the day of the mission to free the fortified town from four years of German occupation.

The NZ Division avoided civilian casualties and widespread destruction by deciding against artillery fire, instead using smokescreens and ladders to scale the ramparts.

The planned New Zealand War Memorial Museum in Le Quesnoy will be the first in Europe dedicated to the memory of Kiwi soldiers and the inauguration of the site was timed to coincide with today's centenary events.

A New Zealand-based trust recently bought Le Quesnoy's former mayoral residence from the French state at a knockdown price and fundraising is ongoing for the estimated $15 million refurbishment costs.

The museum is expected to open to the public in stages over the next few years, with the idea of making the site a focal point in Europe for the remembrance of Kiwis killed in both world wars.

Trust member and retired army major Greg Moyle said he was confident that the money would be raised.

Terraced houses also purchased on the property will be used to accommodate some of the hundreds of New Zealanders who visit the town each year.

Other countries involved in WWI have their own museums on the continent and there had been growing calls for New Zealand to establish one of its own.

A sculpture by Kiwi artist Helen Pollock, whose father fought in the battle at Le Quesnoy, was also unveiled in front of the museum building. In a piece called Victory Medal, large bare feet depict the fallen soldiers.

Le Quesnoy was one of the last deadly battles of WWI and ever since the town has hailed the Kiwis as heroes, forging close bonds with New Zealand over the years. 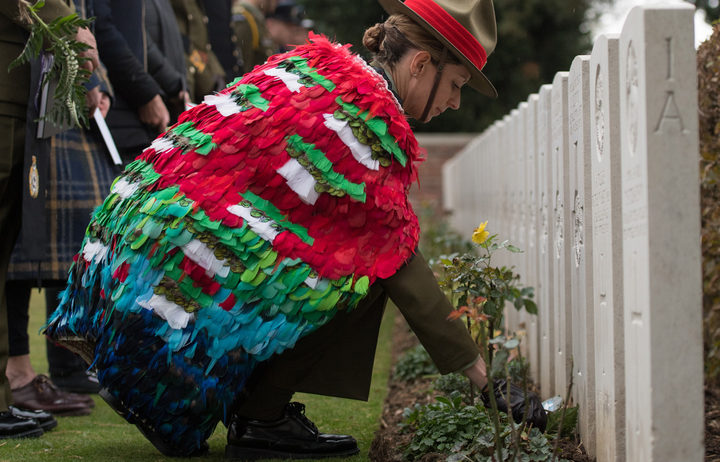 In the late 90s Le Quesnoy also officially became the 'sister town' of Cambridge in the Waikato. Members of the Cambridge Brass Band were among those who performed on Sunday.

New Zealand Defence Force singers and musicians also performed at the commemorations and a delegation from Waikato University helped organise a conference on different aspects of the World War I.