This Sunday, commemorations will take place here and in Europe to mark the liberation of the French town of Le Quesnoy, by New Zealanders in World War I.  Recordings from the sound archives at Ngā Taonga Sound & Vision tell the story, as Sarah Johnston explains. 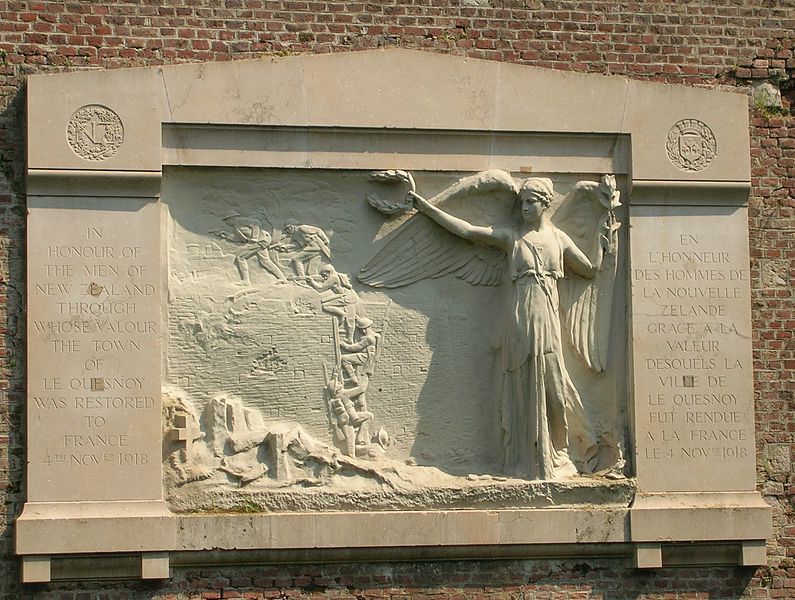 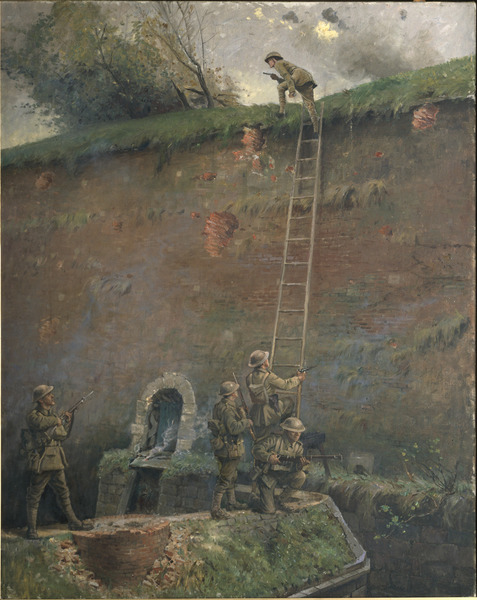 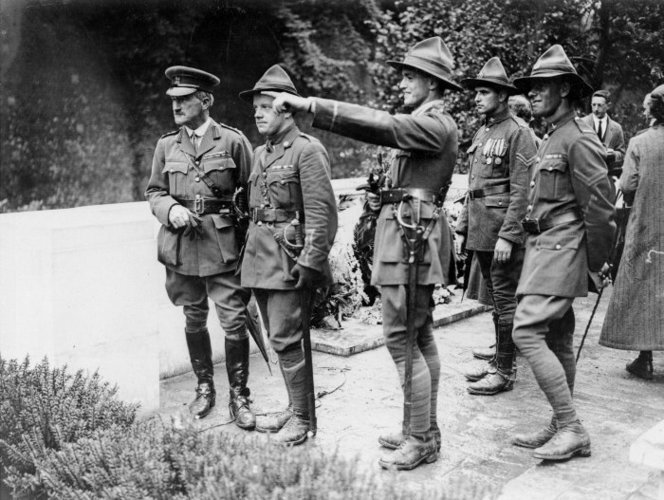 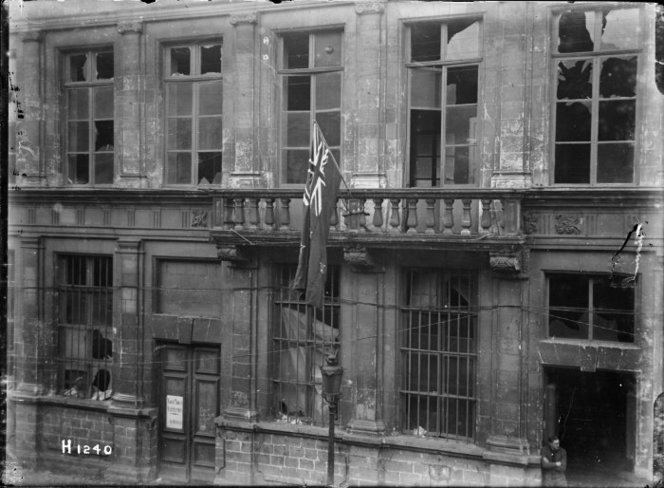 On 4 Nov 1918 the New Zealand Rifle Brigade were camped outside the walled medieval French town of Le Quesnoy which was occupied by the Germans, and had been for several years.

The town had a moat and very high walls which were 100s of years old. NZ artillery couldn’t be used to bomb the Germans into submission because about 5,000 French civilians were still living in the occupied town.

The Germans refused to surrender and a party from the 4th Battalion was detailed to try and work out how to scale the 13 metre high inner brick wall.

Intelligence officer 2nd Lt Leslie Averill, a medical student from Christchurch, used a long, fairly rickety ladder and led a small party of men up the wall. He chased off two German guards with his revolver, which allowed more New Zealanders to then follow him and take the town, without a single civilian casualty.

In the first recording we hear Leslie Averill describing how he got into the town, for radio in 1958. Notice that in a classic piece of Kiwi understatement, he manages to completely avoid saying that he was the first up the wall.

"With Lieutenant Kerr and his three men we proceeded through the trees and found the ladder where it had been left and proceeded cautiously along the sluice gate bridge to the foot of the wall.

"The ladder was soon placed against the final rampart and fortunately it reached the top with a bout 2 feet to spare by this time Lieutenant Kerr was at the top of the ladder and the three men were there so that we had  quite a strong little force if we had any attempt at resisting our entrance into the town.

"We went down the far bank and brought out about 20 to 25 Germans there who were well armed, we made them surrender immediately.

"The remainder of the battalion were by this time swarming up the ladder. There were a large number of Germans in the town and they were soon rounded up and large numbers were sent back to the prison of war camp.

"This ended a very interesting and one might call it very unusual battle of the Great War for a modern army to have to attack a walled town using ancient methods of entrance is probably unique in the history of New Zealand feats of arms."

There were 142 New Zealand soldiers who lost their lives in and around Le Quesnoy - but there were no civilian French casualties. The people of Le Quesnoy were very grateful to the NZers for not shelling the town - and of course for liberating them.

There are memorials to the liberators who came from “the uttermost ends of the Earth”.  After the war Leslie Averill became a doctor and visited Le Quesnoy several times and a school and street there are named after him and Anzac Day is observed every year there.

Another NZ Rifle Brigade veteran also continued the association with Le Quesnoy after the war.  He was Lt Col Curly Blyth, NZ’s longest-lived veteran and at the age of 95 he was interviewed by Geoff Robinson on Morning Report in 1991 on the eve of a trip back to renew the ties between New Zealand and the French town they liberated.

"And when we captured the town and handed it back to France people were naturally very pleased and they called us liberators from that day on we have established quite good relationships with that township and the people.

"The instructions were there was to be no bombardment, the town was to be taken with the minimum amount of artillery fire.

"We had these ladders that we got from the French fire brigade in Paris they were 20 or 30 feet long, they swayed a lot when you started to climb up.

"The entry was made not only fro the top  by the ladders but the salle port, an opening at the bottom of the trench where you can get out into the no mans land and places like that.

"So the assault came form the top and the bottom. The most spectacular part of course was the top with Leutenant Averill and his crew being the first and the rifle brigade to go up on the top of the ramparts."

The capture of Le Quesnoy was the New Zealand division’s final action in World War I.  A week later came the Armistice and then the terrible influenza epidemic.

Two other veterans, who were interviewed in the 1980s, were Tauranga men George Pūhi Nicholson of the Māori Pioneer Battalion and Bob Robertson of the Rifle Brigade. They had both been at Le Quesnoy and remembered how they heard the news of the Armistice shortly after.

"We always said when the war ended we were going to do this so that get blind drunk, goodness knows what, we heard this announcement we were al so all in so tired toy just looked at the man next to you and said Well what do  you think of that? That was about all we could say."

"We started jumping around we got in with some of the civilians there and started dancing around with everybody, I've never done so much dancing in me life. We were that pleased that the war was over, we had a jolly good time."

Listen to the full interview with Leslie Averill