A pop-up convention centre could be built in Auckland to host conferences and business events as the city grapples with the fallout from the last month's SkyCity fire. 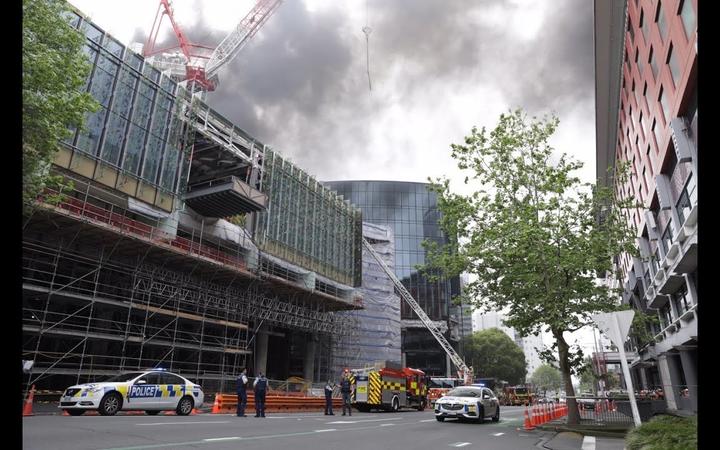 SkyCity centre is being repaired after a huge blaze. Photo: RNZ / YouTube

Auckland Tourism, Events and Economic Development (ATEED) is exploring the idea of a temporary building - something that had even been considered before the international convention centre fire.

It's being considered by ATEED's new Destination AKL 2025 Industry Leaders Group, which was formed last week to consider a range of alternative venue options

Auckland Council chief executive Stephen Town, part of the group, told councillors today it would be a way of managing the anticipated convention centre business growth in Auckland over the next three years, while the SkyCity centre was repaired and then completed.

"People have been looking at the possibility of a pop-up in Auckland anyway because we've allocated the Viaduct Events Centre to Emirates Team New Zealand and there is pressure on the Cloud because it's not exactly fit for purpose," he said.

Councillor Linda Cooper reminded the council's Governing Body Committee this morning of the woes the pop-up known as the Cloud on Queen's Wharf has faced since it was created.

"It's nearly 10 years old and we've had to repair it in recent storms, we've got no plans for it but it costs us a fortune and it doesn't get its full use," she said.

"[We need to] be really quite careful around what we spend on a pop-up and how long it lasts and to have a maintenance plan for a pop-up, seeing as we've already got one down on Queen's Wharf." 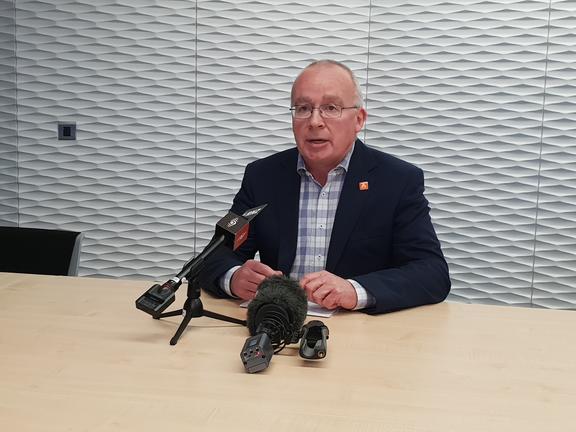 Auckland Council chief executive Stephen Town says a pop-up centre would be a way of managing the anticipated convention centre business growth, while the SkyCity centre was repaired and then completed. Photo: RNZ / Liu Chen

But Mr Town said there would be enough business in Auckland to make a pop-up centre "very close to a break-even commercial proposition".

"It would have a finite opening and removal date. I think if we were to reflect on the Cloud - what we like about it what we don't like about it - we won't do that again," he said.

"You can often get stuck with a pop-up if you're not very clear about why you've got it, what it's being used for, and we'd be very firm that this would have to stand on its own two feet, commercially. Because if you subsidise it then the facility may well end up wanting to stay there for much longer than it should."

The 2021 APEC summit was due to be held at the SkyCity international convention centre, but the fire which tore through the building last month means a new venue must now be found.