Most of the millions of litres of water used to douse the SkyCity International Convention Centre fire has been removed from the basement carpark, but a layer of sludge still needs to be extracted. 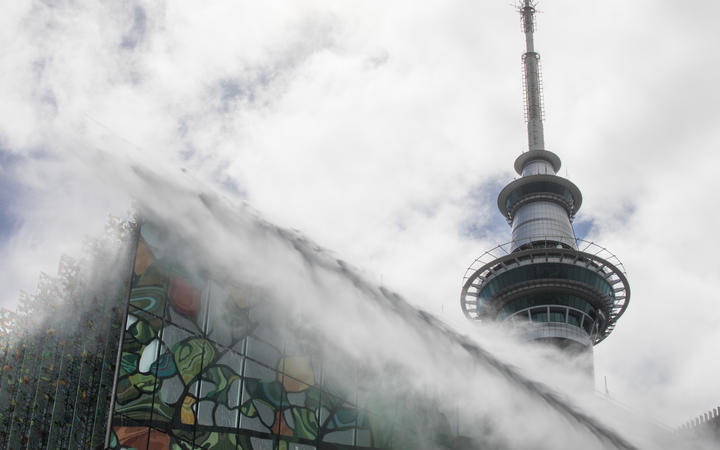 The fire burned for three days last week and brought Auckland's CBD to a standstill.

More than eight million litres of water that was used to tackle the huge blaze ended up in the carpark, where it rose to 1.5 metres and submerged about 100 cars.

Fire and Emergency said today the remaining sludge will be removed separately to avoid it entering the wastewater system.

Crews are expected to remain at the site until at least Friday with the resulting partial road closures to continue.

Meanwhile, despite complaints from some SkyCity workers that they suffered sore throats and dizziness from working over the weekend, a workplace hygiene expert called in to assess SkyCity's Auckland buildings says there were no major issues with air quality in the precincts' buildings during the week of the fire.

The preliminary report by occupational hygienist Derek Miller - released by SkyCity today - found respirable particulates and volatile organic compounds did not reach a level that would be of chronic concern to health.

The buildings' air quality was tested from Wednesday to Friday last week, in both front and back of house.

"Our preliminary findings indicate that there were no major issues with air quality in the SkyCity Auckland buildings that gave rise to concern during our time on site," Mr Miller said.

"As a professional occupational hygienist, my duty is to protect the health and well-being of employees and workers. To do this, we have to take an objective approach to the assessment, identification, evaluation and if needed control of risks to health, without subjecting ourselves to external influences from any area so that we can provide relevant advice in a neutral manner," he said.

"The advice given on any site is based on science and interpretation of data as it comes in, along with previous experience in similar circumstances playing a role in assessing risks to health."

"The type and amount of particles and chemicals in smoke varies depending on what is burning, how much oxygen is available, and the burn temperature. However, these are normally found in the fire damaged area, e.g. the New Zealand International Convention Centre and directly outside in the street, not throughout neighbouring buildings (especially when the ventilation systems inlets had been shut down as a precaution).

He said there were no reports of acute ill health reported to his team during the clean up or after the buildings were reopened.

WorkSafe said it has not signed off or approved of working conditions at the SkyCity precinct, and it is SkyCity's responsibility to ensure it was providing a safe workplace.