The Auckland Chamber of Commerce expects central city businesses have lost thousands of dollars because of the fire at the SkyCity International Convention Centre. 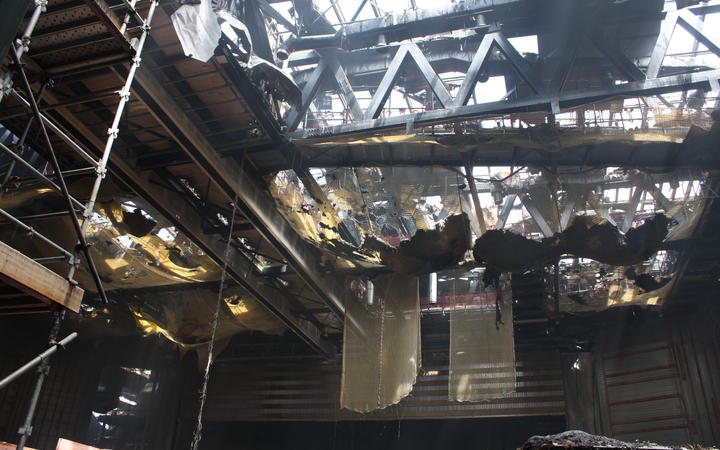 Looking up from the Plenary Theatre on level 5. Photo: Fire and Emergency New Zealand

The blaze forced the evacuation of the SkyCity precinct, as well as other nearby businesses, and kept them closed for at least two days this week.

By now, most businesses have reopened. But Chamber of Commerce chief executive Michael Barnett said they would have lost thousands in revenue.

He said businesses that asked employees to work from home because of the smoke would have also suffered.

"It is causing thousands of dollars in turnover each day. These other businesses of course that are office-based, they've had to work on the basis that people have operated from home and they've had their places shut."

Firefighters are continuing to monitor the convention centre site for any flare-ups.

Fire and Emergency operations are entering their sixth day, and the full investigation into the cause of the blaze began yesterday.

Senior Station Officer Frank Walsh said although the fire was under control, there was still a risk of hotspots flaring up.

He said any area that had been affected by the fire and had enough flammable material could flare up.

Mr Walsh said firefighters would have to continue monitoring the site for several more days.