A man who was abused by his father and then ended up in state care has told the Royal Commission of Inquiry into Abuse in Care that his anger at his father cost an innocent man his life. 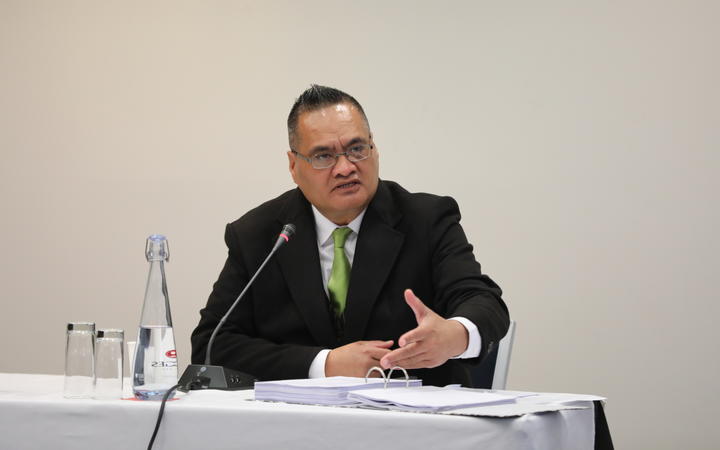 He is the fourth witness to give evidence to the Royal Commission which is sitting in Auckland.

Dr Waretini-Karena spent his early life in state care, including living with a foster family and two periods in boys' homes.

In 1987 he was convicted of killing a man and spent 11 years in prison before being given parole.

After that, he turned his life around by studying and eventually obtaining a PhD.

Dr Waretini-Karena spoke of intergenerational trauma experienced by his whānau.

He outlined the genesis of Māori child abuse, giving examples of his own whānau and how his great grandfather, grandfather and father all grew up with no real cultural identity.

"As a result of losing millions of acres of land, generations of my family became destitute, became intergenerationally impoverished, as a result of the Waikato invasion."

Dr Waretini-Karena spoke of his own upbringing, describing it as extremely violent.

He told the five commissioners that he was badly beaten by his father, who blamed him for his little brother's death.

His father also knocked his mother out unconscious.

Dr Waretini-Karena said he snapped, and when his father was in bed asleep he set fire to the bed.

He said his father applied his own traumatic upbringing, using it as a role model to bring up his own children.

"Our home was very abusive, extreme violence, extreme childhood trauma. I experienced flashbacks of that trauma. I would go into a trance as a coping mechanism for dealing with that."

After that, he was sent to a boys' home a few times.

"I was five, I was going to school with bruises and as a result came under the scrutiny of the teachers, youth aid officer who called them. One day I was invited to come into the classroom and they said 'you're going for a ride' and that's how her ended up in state care."

He said being in state care brought on suicidal thoughts and self-harming.

"I probably experienced more physical altercations in the boys' homes than I did in the prisons."

He described institutional care, particularly boys' homes as a training ground for prison.

"The boys' homes is definitely the next step into prison."

Dr Waretini-Karena said when he went to prison in 1987 he knew about 80 percent of his fellow inmates having known them from various state care institutions and that the majority were Māori.

"All of us grew up in that environment, going through social welfare homes, foster homes and boys' homes. Nearly all of us came from impoverished environments. Out of 50, 49 were Māori"

He said solutions sit with Māori and that Māori need space to take care of their own.