Analysis: A long time coming. Finally, after months of haggling over terms of reference, years of steadily growing political discussion and decades of pressure from those who experienced this vast subject first-hand, the Abuse in Care Royal Commission is ready to roll.

An avalanche of new material is in store for those whose job it will be to sift the evidence that will for the first time be publicly given at a preliminary contextual hearing in Auckland starting this Tuesday.

When this writer researched a relatively small corner of the subject in the early 2010s, a couple of dozen boxes of files were quickly filled with old records, historical correspondence and background news clippings. But that project only related to just one of the little archipelago of 26 state-run institutions that operated in New Zealand between the late 1950s and 1990, processing tens of thousands of young, mainly Māori boys.

Not only is this $80 million investigation considering all of those historical residences, its remit covers church-run orphanages and family homes, in some cases even regular schools as well.

While the themes of sexual and physical abuse are naturally likely to dominate coverage, attention is likely to turn to questions of educational and emotional neglect, paternal absence and cultural deprivation.

Given the weight of information to be presented, it's probably easier to think of the coming process in terms of names and faces rather than facts and figures. Especially as many of the 28 expert contributors down to speak over the next fortnight are likely to pop up repeatedly over the coming months.

The immediate line-up includes the ubiquitous human rights lawyer Moana Jackson, former human rights commissioner Rosslyn Noonan and Children's Commissioner Andrew Becroft. Many are professionals with much "contextual" information to offer, public profiles to keep polished - and little or no actual first-hand inside experience of the subject under deliberation.

The same cannot be said of Arthur Taylor, who will be among the first scheduled witnesses, probably the most colourful of them all and almost certainly the most compelling.

Mr Taylor enjoys the dubious distinction of having until relatively recently been one of country's most closely monitored prisoners. Not to mention the longest serving. He has spent all but four (soon to be five) years of his adult life behind bars.

Arthur Taylor in the High Court at Auckland in 2015. Photo: RNZ / Kim Baker-Wilson

On the inside, the burly inmate's escapes were legendary, including one much-publicised episode in 1998 that saw swathes of the Coromandel in lockdown while the cops searched for him and a fellow absconder, the double-killer Graeme Burton.

As an inmate, Mr Taylor reinvented himself as something of a jailhouse lawyer, putting together his case notes in longhand from his cell - or what prison officers would sometimes wearily refer to as "Arthur's office" - even while confined to the high-security D Block of Auckland Prison at Paremoremo. He also found time to maintain a social media account, regularly updated by an outside contact, with pithy asides and droll observations on the creaking edifice of correctional life.

Reporters tend to like him because he's smart and engaging, and probably for some just a little menacing.

Just as notable has been the obvious drain on public resources in order to attend to Mr Taylor's various escapes, legal challenges and living expenses. On the last count alone, his daily upkeep stung the taxpayer for at least $5m in today's dollars.

Mr Taylor will almost certainly make the same fiscal point again on Tuesday as he presses home his long-standing argument that his personal tragedy was the quintessence of the state-run residential system.

He believes the trajectory of his life was essentially scripted from the time of his three stints in Epuni Boys' Home, a 42-bed short-term residential training institution located in the Hutt Valley, replete with Dickensian cells, the perpetual scent of detergent, some dubious management techniques and an alarming number of wards who went on to become New Zealand's worst criminals.

"The wings of our prisons are still full of guys from there," he once told me. "So really, if this experiment was ever meant to do anything it pretty obviously failed, and it's cost the state an enormous amount of money along the way."

The first time he was sent to Epuni, in 1968, it was for what would now be regarded as a relatively small problem: wagging classes. The education he was to subsequently receive on the inside may not have been quite what his Masterton social worker had in mind.

Today, Mr Taylor has many good memories of Epuni - "all of leaving the place". This he usually did by running away. At first he started taking the odd item from somebody's garden or back shed as he went. The offending escalated by degrees, his attitude hardening as he went, along with the severity of the response, culminating in a stint in psychiatric care in Porirua when he was just 13.

Fifty years on, Mr Taylor wants the record - not just the record of the inquiry, but the political and cultural record, too - to show what was and what might have been.

Another forceful presence at the proceedings will be Sonja Cooper, the bespectacled Wellington lawyer most closely associated with the campaign for a royal commission.

Ms Cooper's firm, which has received millions in public aid over the years, has represented hundreds of former wards - some whose narratives are rather more compelling than others - looking in many cases for recompense, and in all cases for recognition.

She came to her current work after a stint as district inspector of mental health, an ombudsman role in respect of the rights of people subject to the Mental Health Act. That was when she first started receiving visits from individuals who claimed they had been abused while in care. It wasn't an area she knew much about - but she was intrigued, in part because of her interest in family law, which in turn had its roots in her own upbringing. 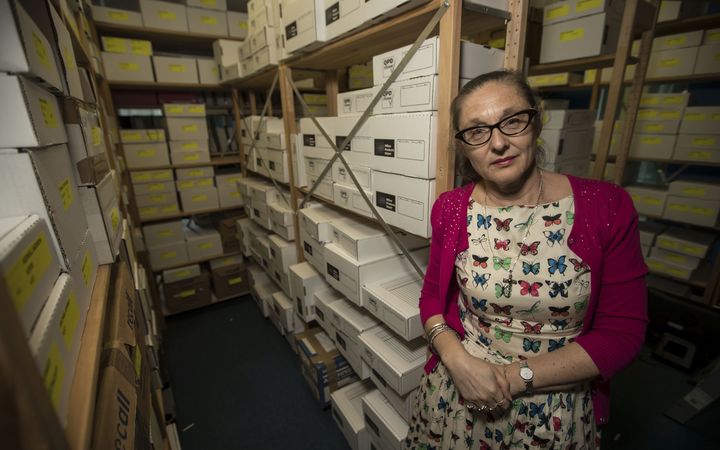 After "a fairly messy childhood" growing up as the oldest of three kids in a single-parent household, it figured among her personal interests, too. She lived in one of Wellington's wealthier suburbs and the stellar education she received was at one of the city's swishier high schools. But as she likes to remind visitors to her relatively modest office, "I'm certainly not your typical pampered rich child".

For one thing, she grew up a Catholic - an influence that would continue to manifest in her adult years in, for example, her lifelong passion for collecting religious iconography - living in a house of modest means, during an era when such distinctions counted for something. At school she was a scholarship girl.

"I was the poor kid growing up with a whole lot of rich people, which I think made me sensitive to the fact that life can be different from how you imagine," she says. In 2000, she parlayed that conviction into an impressive High Court victory against what was then known as the Department of Social Welfare in the High Court. That decision was subsequently appealed to the Court of Appeal, which in 2003 ruled that the government was liable for abuse perpetrated on children in state-run institutions.

Ms Cooper has not been without her critics. The conservative commentator Matthew Hooton is one of a number of outsiders to have questioned both the cost and aim of some of her activity.

While acknowledging that the substance of the claims her firm has worked on may be correct, Mr Hooton has also argued that the passage of time and the murky environments in which past abuse may have occurred simply make it too difficult to prove criminal wrongdoing.

That charge will almost certainly be made again over the coming months as the country heads into an election year in which the National Party has also voiced similar concerns about the royal commission process now unfurling. And on the evidence to date, Ms Cooper will be one of the characters best placed to rebut it.

What about the people we won't be hearing from?

Ms Cooper and Mr Taylor are known quantities, their faces and basic biographical information available to anyone with an internet connection and a bit of free time at their disposal. Others who really ought to be on a stand, however, are no longer with us.

Vincent Calcinai would be such a missing witness. An ardent squash player with pretensions to being a playwright who once even moved in the same artistic circles as James K Baxter, Mr Calcinai started out as a popular, sporty housemaster at places such as Epuni.

He was also a prolific sexual abuser.

Despite having been earlier jailed for offences committed during and immediately after his teaching stint at Epuni, he was able to later reinvent himself as a Wellington communications specialist, scoring a plum position in the early 1990s as a corporate communications adviser at the Department of Health.

In addition to handling the usual round of media enquiries for the department, he produced a well-regarded Aids Diary, with a chronology of the then deepening crisis, as well as editing an internal monthly newsletter that quickly became a hit with staff members, thanks to a snappily written gossip column in which the author cast himself as something called the Molesworth Mole, writing departmental gossip in the faux camp style of a Felicity Ferret.

"Is there something lurking in the basement luring innocent victims into a trap?" one such item teased.

Actually, there was - and its name was Vincent Calcinai. He would later be charged with eight more representative counts of sexual assault, one alleged to have been against the child of a former state ward he had already been charged with raping while he was employed by the government.

He was sent to Wellington Prison on remand. Charming as ever, on what would be his final day, Calcinai asked for a pen and paper from the prison officers, who gave him them while also forgetting to do a full check of his clothing.

Here he used the requested items to write a brief message declaring his innocence, ahead of bending over in his cell and carefully unlacing his shoes. The following morning they discovered the final self-exculpation next to his body.

The subsequent funeral was well attended. He had been popular among colleagues, many of whom did not believe the charges he faced were genuine.

For the past couple of decades, the name of Vincent Calcinai, along with so much else from our country's "unfortunate experiment" in residential youth care, has largely been forgotten.

Now that's about to change. Finally. This has indeed been a long time coming.

*David Cohen is a Wellington journalist and the author of Little Criminals: The Story of a New Zealand Boys' Home. He will be providing regular analyses for RNZ of the Abuse In Care Royal Commission.