Jehovah's Witnesses church elders in New Zealand have been told to destroy documents, and child sex abuse survivors fear that will lead to the cover up of cases. 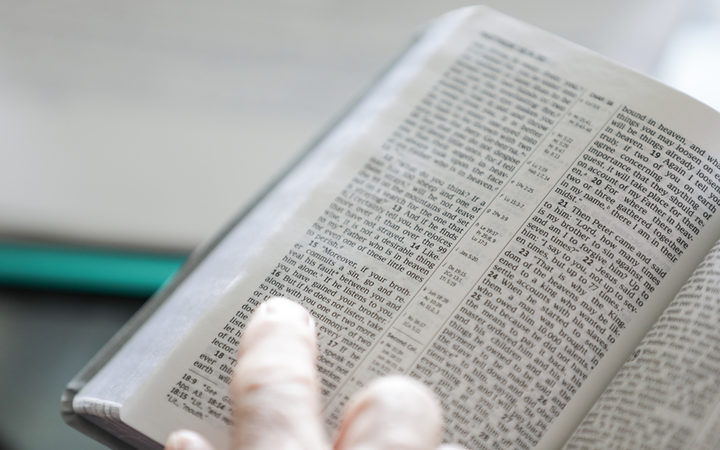 A survivor network has given the Royal Commission of Inquiry into Abuse in Care copies of the church's edicts, urging the commissioners to take action.

It has approached the church, which it said assured the commission such documents won't be destroyed.

However, the thrust of church instructions dating back to 2015, and emerging from its world headquarters in the US, and from its Australian regional centre, are counter to this.

RNZ has obtained recent church orders to its highly regulated Australasian congregations with these instructions about hearings and investigations into "wrongdoing":

The Australian Inquiry into Child Sex Abuse was told of 1800 likely victims and 1000 perpetrators within the Jehovah's Witnesses across the Tasman.

The inquiry found no evidence the church had reported a single case to the police.

It found seven serious faults in how the church handled cases, including:

Survivors guess there could be several hundred unacknowledged cases in New Zealand, where Jehovah's Witness believers number 14,000 out of a global following of eight million.

A video of the Jehovah's Witnesses' headquarters records a manager telling elders everywhere to destroy documents was leaked last year to the Philadelphia Inquirer paper; in it the manager refers to judicial authorities as the devil, Satan.

"We know that the scene of this world is changing and we know Satan's coming after us. And he's going to go for us legally. We can see by the way things are shaping up. So the organisation has said we've run into difficulties in the past because of the records that we have."

Draft records with personal comments had done particular damage in lawsuits against the church, the manager told fellow elders.

The edicts do not specifically include or exclude documents relating to abuse, but New Zealand survivor network organiser Shayne Mechen, who spent years in the Jehovah's Witnesses, is in no doubt child sex abuse records are in jeopardy.

"There is already evidence that destruction of those documents has happened, they are no longer complete. They go to court and seal up all records."

He has given leaked church documents to the Royal Commission of Inquiry into Abuse in Care, including a recent letter to elders.

The commission then delayed hearing his evidence to consider the information, which showed it was taking it seriously but also carried risks, he said.

"That letter there is a reminder of something that started back in around 2015, after the Australian Royal Commission. It may be too late."

The church's Australasian headquarters declined an interview, and issued a statement.

The church maintained that elders had been told not to destroy abuse documents.

A moratorium on destroying documents linked to the New Zealand inquiry was issued early this year.

It applied to churches, making it a criminal offence to destroy evidence, the commission said.

After being alerted by Mr Mechen, it had contacted the Australasian Jehovah's Witnesses Church to remind it of its obligations.

"All potentially relevant material must be preserved... The Jehovah's Witnesses Church has assured the Royal Commission that it will not destroy any documents relevant to the inquiry.

"Where appropriate, the Royal Commission will require institutions to verify by statutory declaration that they have not destroyed or disposed of any such material, and to provide an explanation for any material that has been lost or destroyed."

RNZ has obtained other new church edicts that show the leaders are now allowing believers to go to police with child sex abuse allegations; and also telling elders to be more open with congregations about abuse allegations and perpetrators.

"The congregation's handling of an accusation of child sexual abuse is not intended to replace the secular authority's handling of the matter," said the church's brand new overall guide for elders.

"Therefore, the victim, her [sic] parents, or anyone else who reports such an allegation to the elders should be clearly informed that they have the right to report the matter to the secular authorities. Elders do not criticise anyone who chooses to make such a report."

It was an improvement, but did not go far enough and would run up against a church culture of secrecy and distrust, ex-believer Shayne Mechen said.

"They view this world as being controlled by Satan, the Devil and they try and stay away from the authorities and keep it in-house."

"When discussing child sexual abuse from a congregation standpoint, we are not considering a situation in which a minor who is a willing participant and who is approaching adulthood is involved in sexual activity with an adult who is a few years older than the minor. Nor, generally speaking, are we discussing situations in which only minors are involved... Rather, we are referring to an adult guilty of sexually abusing a minor who is a young child, or an adult guilty of sexual involvement with a minor who is approaching adulthood but was not a willing participant."