A businessman has been jailed for spending investors' money on funding an extravagant lifestyle. 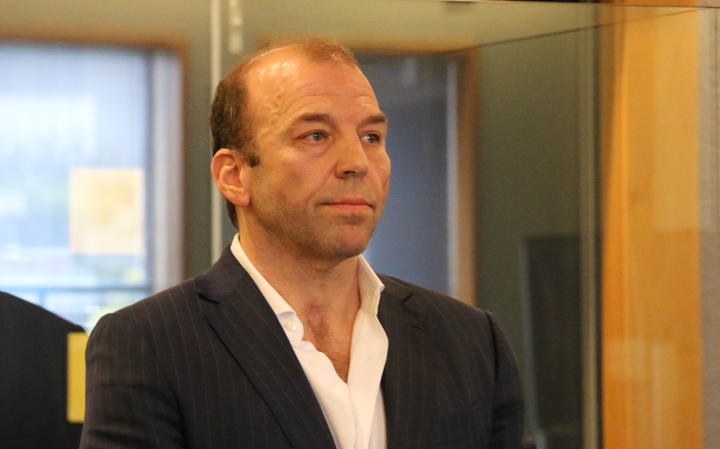 Steven Robertson was found guilty of 23 charges of theft by a person in a special relationship, 11 of obtaining by deception and four of dishonestly using a document after judge-alone trial in August.

He was sentenced today to six years and eight months in prison, with a minimum non-parole period of three years and four months.

He stole $1.2 million and roughly $270,000 Australian dollars between 2009 and 2015 while operating several companies that sold software that purported to help people trade.

The software wasn't easy to use and so, when confronted with disgruntled investors, Robertson offered to trade on their behalf but did not.

Instead, he used the money to fund a lavish lifestyle full of expensive cars, helicopter trips, private jets, holidays and expensive jewellery.

He further defrauded his victims by inviting them to become "shareholders" in his companies and, when the money ran out, he simply stole money out of clients' credit card accounts.

Robertson pleaded not guilty to 47 charges laid by the Financial Markets Authority earlier this year.

After a 10 week judge-alone trial in the High Court at Auckland, Justice Katz found him guilty of 23 charges and not guilty of six charges. The balance of the charges were earlier dismissed.

In sentencing him this morning, Justice Katz told Robertson his 22 victims had been significantly impacted both financially and emotionally.

"It is clear you targeted elderly, unsophisticated and somewhat vulnerable victims."

The court heard most of his victims were elderly or nearing retirement and had lost nest eggs they had worked hard to secure during their working life.

His victims were now devastated and anxious about their futures as a result of his offending, she said.

He said only a limited amount of the defrauded sum had been recovered and that was only because some of Robertson's victims had been particularly persistent, tenacious and litigious.

Mr Finn said while the businessman had no previous convictions he was not eligible for any discount for good character as it was this character that helped him to offend for six years.

"His intelligence, charisma and attentiveness were the very qualities that enabled him to persuade these people to part with their money."

He said Robertson had made an undertaking to repay some of his funds but most of the 22 victims would likely remain substantially out of pocket.

He told the court the offending warranted a minimum non-parole period of 40 to 50 percent.

Mr Simmonds said his submissions weren't intended to minimise his client's offending but care had to be taken not to elevate the offending to a higher level.

"This is not and should not be treated as overly sophisticated offending. In my submission, it certainly isn't when one compares cases of significant fraudulent offending that comes before this court involving, as they often do, multiple offenders."

He said Robertson had led an otherwise-unblemished life until this point and had a healthy relationship with his eight-year-old son, which could be acknowledged by a small discount.

The defendant was remorseful, had no previous convictions and had a low risk of reoffending, Mr Simmonds said.

The court heard Robertson had now agreed to a binding undertaking to repay what he could as his companies, which were now in receivership, were dealt with.

Justice Katz adopted a starting point of seven years' imprisonment and gave a four month discount to consider his remorse and willingness to undertake reparation payments.

She jailed him for six years and eight months with a minimum non-parole period of 50 percent.

Robertson will be eligible for parole in three years and four months' time.