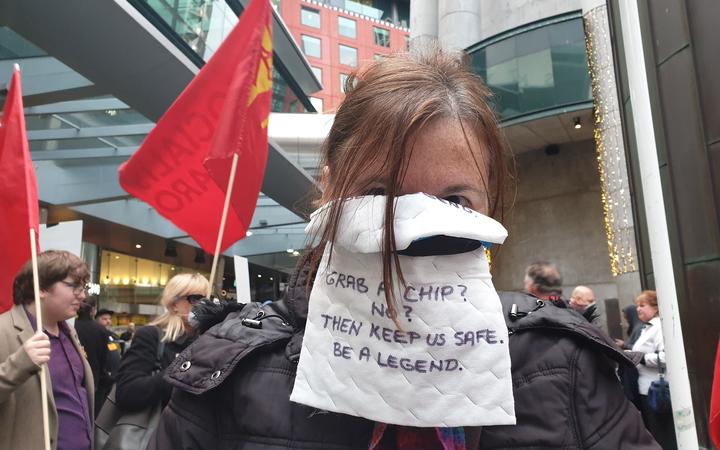 About 50 staff and union members staged a noisy protest outside the precinct's main entrance last night, challenging SkyCity on the way it handled the emergency.

The union's convenor for SkyCity employees, Joe Carolan, said there still had not been an all-clear given by WorkSafe for staff to return to work.

He said the company seemed more intent on getting punters back in the casino than protecting its employees, who were reporting symptoms of smoke inhalation.

"We've had about 40 cases now of workers coming to us with burning eyes, throats so sore that they can't swallow and dizzy spells, with three cases of fainting," he said.

"WorkSafe said that they didn't give the all-clear to this building - that's not what they do. So this building was re-opened by the company itself, forcing our cleaners back to work to clean this place up.

"And we are not satisfied; we have not seen a report, we have not been consulted by this company or given any quantifiable data as to the testing that they've done here."

A workplace hygiene expert who assessed SkyCity's buildings, Derek Miller, said testing found particles and gases in the air did not reach levels that put health at risk.

But Mr Carolan was not satisfied by this.

"[He is] in the pay of the company, with no data and no figures. It's a letter saying 'trust me'," he said.

SkyCity workers and union members at the protest wore face masks to highlight the lack of protection that was provided to them by the company.

SkyCity table games area supervisor Tina Barnett said she experienced respiratory problems after last Tuesday and has had many staff contacting her saying they feel unwell.

"I'm getting text messages, 'Tina there's a fire. What do we do?' This was about three to four hours into the fire burning," she said.

"And it was very disappointing to hear that in the convention centre itself we still had workers that weren't released until 5:45pm - that's four almost five hours into the burning of the fire." 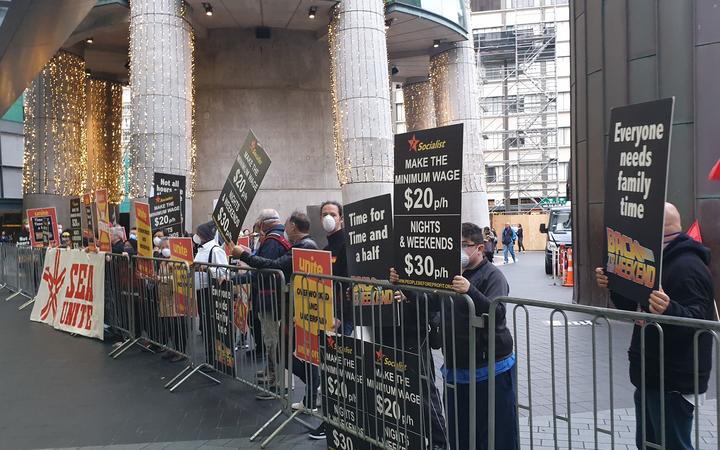