A Wellington cafe has taken out the top honour at the national Vegan Pie Awards, with its barbecue jackfruit and cheese entry.

Oviedo Cafe took out the prize, which was contested by more than 60 pie entries from across the country.

Judge Gerard O'keefe said there were plenty of substitutes available for bakers to avoid animal products.

"In the fillings we're finding out jackfruit has been quite popular, some people are using puy-lentils and other types of beans and lentils so it's actually pretty good."

The pie entries have come in from all over the country - Auckland actor Emmett Skilton had his plate full in helping to decide the overall winner. 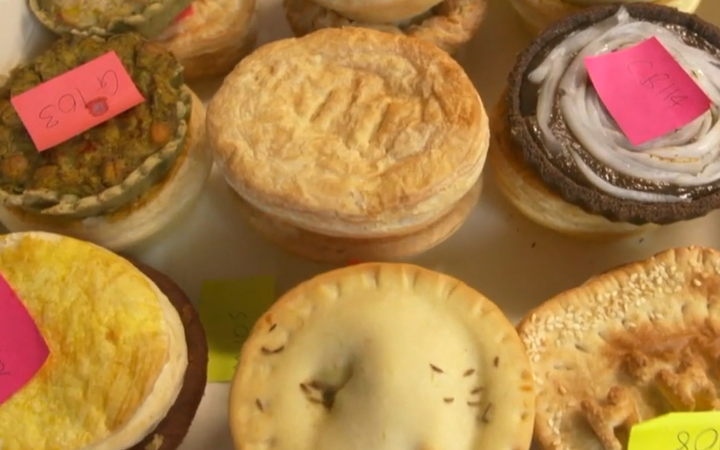 Having been vegetarian for seven years he switched to a vegan diet two years ago and said there had been a drastic change in attitudes during that time.

"So what if we've eaten it all along, it doesn't mean that it's good for us or our environment."

New research out this week from Life Health Foods found 34 percent of New Zealanders are reducing their meat consumption or not eating meat.

"It's the way that the world's changing."