The National Party has suggested scrapping the fees-free policy and replacing it with a scheme like KiwiSaver to pay for tertiary education. 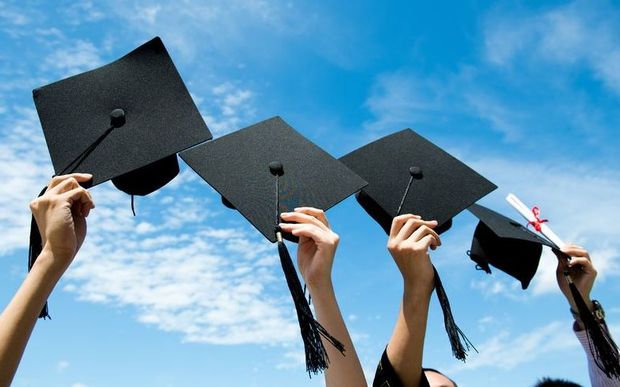 Other proposals being floated in a discussion document out today are to instead offer student loan write-offs or to make the final year of study free, rather than the first.

The government's flagship policy - which offers all new students one free year of full-time tertiary study or training - has struggled to gain traction with a lower-than-expected uptake.

In a document outlining its education proposals, the opposition party has sought feedback on possible options for replacing the fees-free scheme.

National supported making tertiary education "more affordable", but did not believe the government's approach was working, the paper said.

"This hugely expensive policy has not seen a dramatic rise in participation. We think there are better ways to invest in education."

An "Education Saver system" could instead be set up to help build funds over a child's lifetime with a "mixture of Crown, parent, children and business contributions".

The account - which could be an offshoot from KiwiSaver - could later be accessed to pay for study, training or even if people go straight into work.

"In Singapore, every citizen has what is called an Edusave account created automatically for them," the discussion document said.

Adults could be allowed to create "Education Saver" accounts for upskilling later in life, the paper noted.

The discussion document also floated other options for how to spend the funds currently allocated to fees-free, including boosting assistance for living costs, providing "student loan write-offs", or changing repayment rates.

The scheme could also be repurposed to make the final year of study free to "better incentivise students to pass their courses".

Such an idea was proposed at the National Party's annual conference in July, but was voted down by members.

In a statement, National leader Simon Bridges said education was one of his top priorities.

"National in government will ensure we are giving our children the skills and opportunities to succeed in life."

He told Morning Report on Wednesday that he thought fees free had been an expensive failure.

"We are proposing scrapping it. We think there are better ways to invest in education and the future ... One of the options we are talking about is more targeted assistance."

National would bring back charter schools and scale them up compared to when it was last in government, Mr Bridges said.

"I have been crystal clear on that previously ... I have been in these schools and the difference it's making is phenomenal ... why wouldn't you want to see more of that kind of success."