Horowhenua locals are hoping the re-allocation of transport funding will mean a planned expressway between Ōtaki and Levin will be built faster. 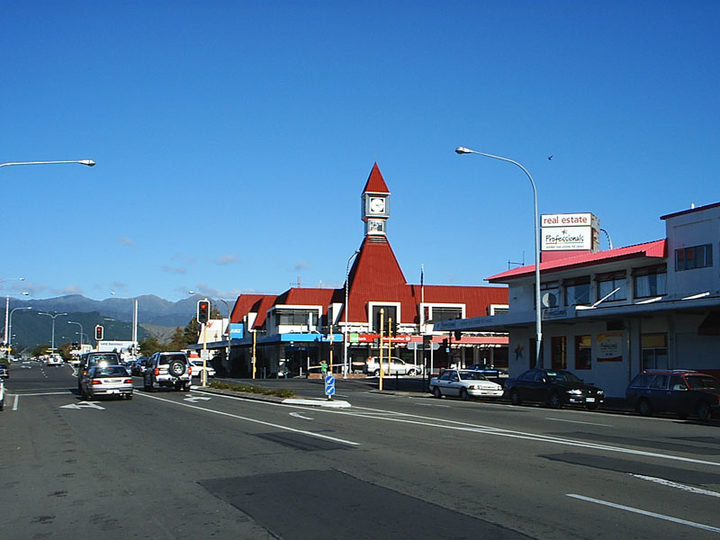 The 'O2NL road' was intended to be the Northernmost section of the eight-segment Wellington Northern Corridor that includes Transmission Gully and the Kāpiti Expressway. It was planned to start just north of Levin, bypassing the town, then join the highway project currently underway at Ōtaki, to link into a four-lane highway running all the way into Wellington city.

But after two rounds of public consultation, and the selection of a preferred corridor from nine original possible routes, the Transport Agency dashed locals hopes the construction project would be quick, and said there was no money to build the Ōtaki to Levin expressway for another five years.

However, the agency is now looking at other ways to spend $313 million it had planned for light rail, after the project stalled, while an "alternative approach" is considered.

The Build Our Road spokesperson, Antony Young, hopes the agency will fast-track development of the O2NL expressway, so affected landowners can make plans.

"Their lives are on hold, and that level of uncertainty for another five years is I think, devastating for those that are affected."

The group says the halt to the plans for the road had been "abrupt", after years of planning and consultation with the community, and it was unsettling there were now no plans for when and if the highway will be built.

"Landowners who have properties in the identified corridor for the new road can't sell to NZTA - without proving hardship - and other buyers aren't interested. Property values are affected, industry is affected and people keep dying or getting seriously injured [in crashes]. It's not good enough."

The group says the stretch of state highway from Ōtaki to north of Levin is one of the most dangerous stretches of roads in New Zealand. And in March last year a former coroner labelled this section of State Highway 1, and the adjoining section of SH57 that runs behind Levin as a "killing field". 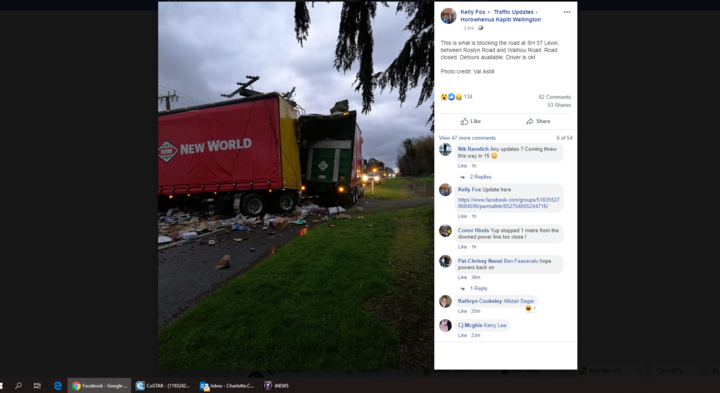 This truck crashed on SH57, on the eastern outskirts of Levin on August 16. Photo: Supplied

AA's principal adviser on infrastructure, Barney Irvine, said the Ōtaki to Levin highway is among a small handful of projects the association would like to see the government bring forward, while the light rail plan is delayed.

"These are all projects that were re-evaluated by NZTA and found to be needed and in line with the government's priorities for improving safety and resilience. 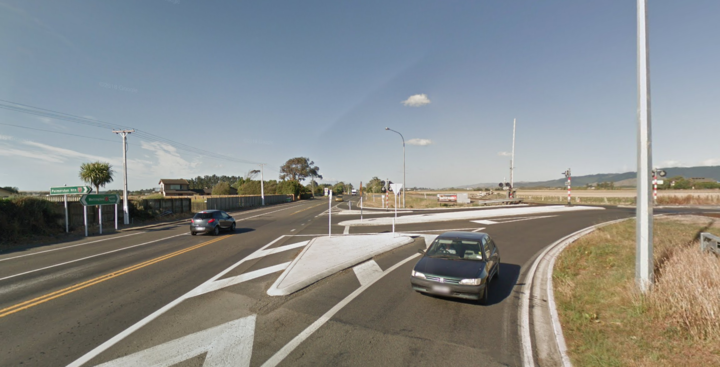 The intersection of SH1 and SH57, south of Levin. Photo: Google Images

Kevin Giblett's property in Levin backs onto SH57, and he said there are frequent accidents at the intersections where local roads join both highways, which could be minimised when the expressway is built.

"The O2NL is absolutely essential and needs to be given the go ahead now. We need to get trucks out of our Main Street in Levin, apart from those delivering goods - the volume of traffic going through our Main Street is huge.

"The money spent on existing safety improvements on [the roads that would become part of the highway] is a complete waste of money."

The Transport Agency says decisions on re-allocated funding will be made this week.