Horowhenua locals are still in limbo nearly a decade on from promises of an expressway to replace a dangerous stretch of State Highway 1 north of Wellington. 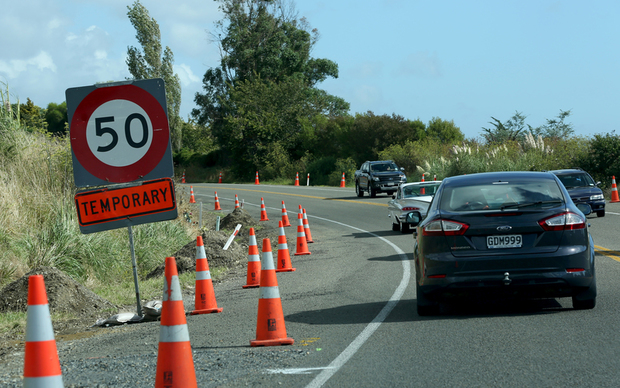 A New Zealand Transport Agency (NZTA) spokesperson said there was no money to build the Ōtaki to Levin expressway for another five years.

But residents in the area said not only did it feel like a hopeless wait, but as the years ticked on people kept dying on the roads.

The 40-kilometre stretch of SH1 from Ōtaki to Foxton is rated as a high risk rural road.

Over the past 10 years, 24 people have died, serious crashes are on the rise.

A spokesperson for the Build our Road campaign, Antony Young, said they want the government to act now before more people died.

" I don't think we can afford to have lives put at risk or have many other lives put on hold.

But Mr Young said the fight wasn't over yet and they were calling on the government to finish the job.

Truck driver Nico Jongeneel said the deaths should not be happening.

"I wouldn't call it State Highway One, I would call it the only way north. That's what it is.

"It hasn't got the state highway status."

He could not understand how the road was considered fit for purpose for the huge range of vehicles it carried, including tractors.

Another local, Peter Staples, said things were only going to get worse when the Wellington Northern Corridor was completed, pushing four lanes of expressway into two lanes from Ōtaki north.

"When the road opens from Peka Peka to Ōtaki, the road actually comes back on to our existing road here just north of Ōtaki.

"We are going to have a massive problem when that opens because it's going to narrow down to two lanes until you get to Levin.

"There is going to be more accidents because the road can't cope with the traffic."

Mr Staples said he did not travel on the weekend because it was too dangerous.

But he wanted the expressway even though when it finally arrived it would split his property, which had been in his family four generations.

It was the waiting that was getting him down.

"It's in the back of my mind all the time. You can't plan ahead, everything you do you wonder if you're wasting your time.

"There have been a number of deaths and serious injuries involved in those fatal and serious crashes, so in fact for each crash there has been 1.6 people killed or seriously injured."

He said if the new expressway was built, those numbers would almost certainly drop.

NZTA's MegaMaps tool said the safest speed for that stretch of road is no more than 80km/h and some places driver should only be doing 60.

NZTA director for regional relationships Emma Speight said funding for state highways was under pressure as there was a lot of demand.

The agency did not currently have funding to progress the project and was unable to say at this stage whether money would be available in the 2021-2024 period, a statement from Ms Speight said.

NZTA was continuing to try to get funding for safety improvements on the existing road.