Horowhenua residents are sick of waiting to find out whether a four-lane expressway will be ploughing through their paddocks - or avoiding them completely. 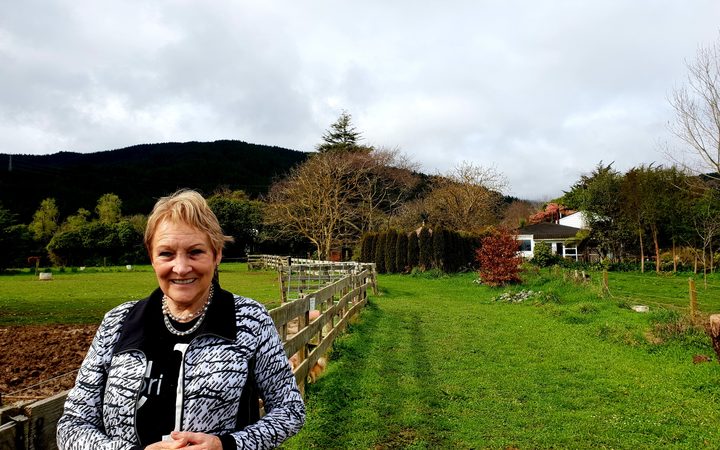 Jane Wood on her land in Manakau. She's one of many residents sick of waiting to hear whether the road will go ahead, and when. Photo: RNZ /Laura Dooney

In June the Transport Agency told residents that the project, a sure thing under the previous government, was being re-evaluated and that could take three months.

This despite letters being sent to 400 homes in February saying they'd know by June which route would be selected.

Residents say they're living in limbo, while they wait to see if the expressway will be built, and where it will go.

Jane Wood and her husband Norman live on a green patch of land on Manakau Road, just north of Ōtaki.

They used to train racehorses, and a printing business is still run out of the shed outside.

The couple had planned to spend the rest of their lives there, until a letter arrived from the Transport Agency, saying two of three options being considered for the expressway ran through their land.

Mrs Wood said they had been waiting for a decision since last year.

With the project being evaluated again, the couple was not sure the road would be built after all, let alone when.

As he was unable to work, Mrs Wood subdivided some land with the intent of putting a house on it and selling it for some financial security.

The couple wanted to know if the Transport Agency was going to buy the land or if the value of it would drop with an expressway right next to it.

Despite her frustration at the uncertainty, Mrs Wood believed the expressway should be built.

"I'm not against the expressway, I think it needs to be built, I'm just against how long it has been since we've been told." 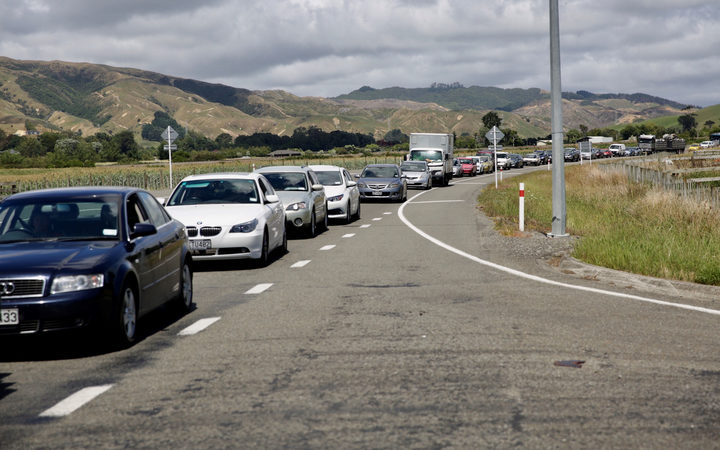 Along the same road was another homeowner, who asked not to be named.

She and her husband bought their first home just over two years ago, and she described it as her dream home.

While their land was not in the direct path of the expressway, it could run very close to where they live.

They're worried it could devalue their land.

"The reality is we don't know what it's going to be like living next to a road, it could be well and truly horrible I think, financially, though we probably can't afford to move most likely.

"I think we wouldn't be able to get what we needed from this property to be able to make it worthwhile to be able to move on so I think we'll be left in a situation where we'll have no choice but to stay."

She and her husband, who worked on a farm nearby, wanted the new road, but like other residents, were sick of the uncertainty.

"My husband, given where the farm is, on a holiday weekend sometimes he will get stranded because he can't get home. It's crazy. We need the road, I just really, truly wish they'd get on with it.

The Transport Agency has previously said the road was being re-evaluated to make sure it fit the new government's transport priorities.

In a statement she said landowners affected were told in June they'd get an update once the project had been re-evaluated, which was expected to take two or three months.

She acknowledged the frustration being felt by the community and said the agency would provide an update as soon as it could.

A group of residents, who were either affected by the wait or sympathetic to those who were, have decided to send letters to the Minister for Transport Phil Twyford, and his associates, demanding an answer within 30 days.