A video RNZ posted online of Wellington's sushi shop penguins has been viewed a million times on Twitter. 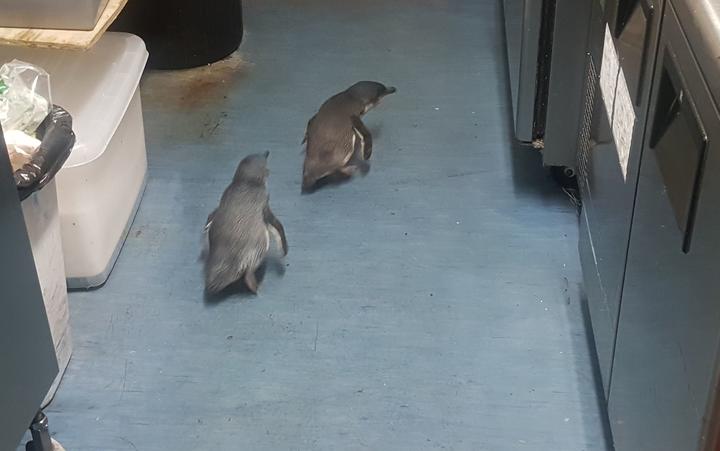 The pair of little blue penguins went viral this week after they were discovered plotting a nest underneath the shop in one of the busiest parts of the capital - right outside the central railway station.

They were removed, not once but twice, by the police and the Department of Conservation.

The threatened native seabirds are now believed to have accepted a nesting box offered to them on the Wellington waterfront.

The video shows two of the world's smallest penguins exploring the interior of the sushi shop.