The Timaru District Council is seeking funding to build a penguin viewing platform in Caroline Bay. 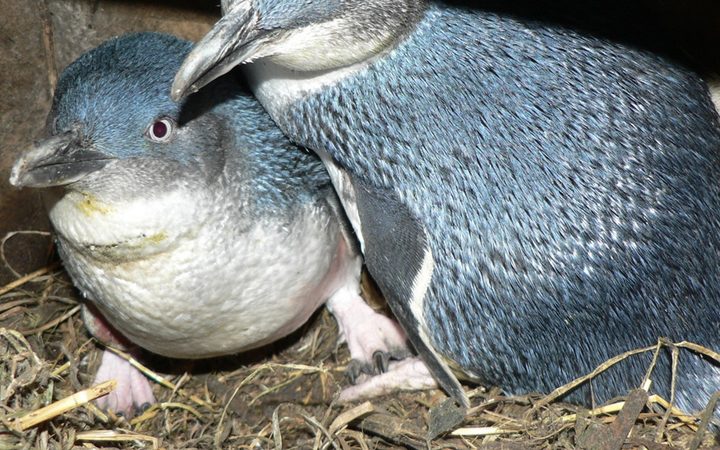 The council said Kororā or Little Blue Penguins, were now frequent visitors to Caroline Bay, and were becoming a significant draw for people during their active periods.

It said with the growth in visitor numbers there were increasing concerns regarding people standing on the roadway at night.

The council said it would make a bid for funding from the August round of the Ministry of Business, Innovation and Employment's Tourism Infrastructure Fund.

The proposal is for a viewing platform which can hold around 100 people and a ramp to protect the penguins from people climbing down the rocks and walking dogs through the colony.

Timaru Mayor, Damon Odey, said the project would be a huge enhancement for anyone who visits the penguins, and a boost to the environment for the penguins themselves.

"We're incredibly lucky to have these penguins right on the doorstep to the city, but for a while now I've been concerned that the visitor experience wasn't as good as people would expect," said Mr Odey.

"Now that the colony is fairly stable, and the number of visitors is growing I thought it was time that the council stepped in to help improve the situation and provide a safer option that standing in the roadway."

Peter Bennett, founder of the Timaru Penguins Group, said the project was a brilliant idea.

"The plans look fantastic and it also recognises the effort of our volunteers to ensure the colony was given a chance to grow," said Mr Bennett.

"At the moment we still have people after dark with torches walking along the rope line and down beside the rocks looking for penguins and nests and occasionally, there are still dog prints in the fenced area.

"Having a more obvious official viewing platform for us will be a great benefit as it will reduce the number of people walking up and down the roadway and disturbing the penguins during nesting time."

The council said that the cost of the draft concept design is being determined now.