Department of Conservation staff have been out late into the night checking if Wellington's wandering penguins are safe and sound. 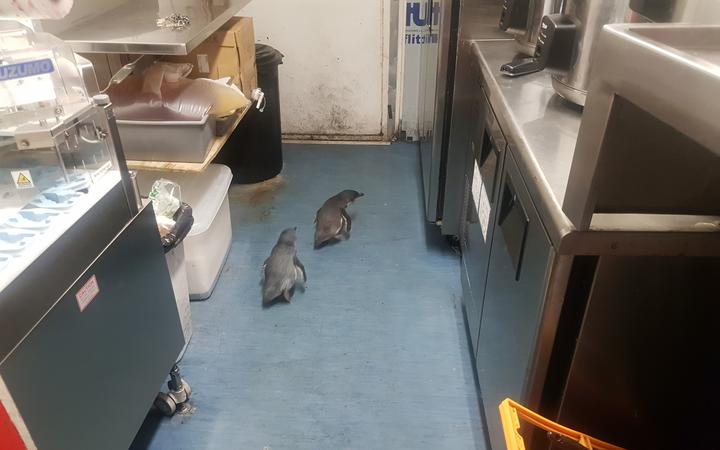 The penguins have left the sushi shop, for now. Photo: Supplied

On Monday, two little blue penguins or kororā twice had to be removed from under a sushi store near the main railway station and returned to a nesting box on the waterfront.

A DOC volunteer, Gail Rumble, said the pair have not yet been seen there, but penguins were spotted 100 metres away.

"We're not disappointed, we're thrilled that they're not under the sushi shop and hopefully, because we've heard penguins very close by, we hope that they've decided to stay either in this [nesting] box or down the road."

Mrs Rumble said the penguins she spotted might not be the same as the ones found at the sushi store, but could be close relatives.

The huge noise that the penguins make is one of the reasons it's a good thing they have not tried to re-nest at the sushi shop, she said.

"It's quite noisy, and they will do that greeting as one comes in and one goes out. They start shouting from out at sea and the other one here will answer.

"It's quite a cacophony," she said.

For little birds, they have a big set of pipes - and the ability to make a lot of penguin poop, Mrs Rumble said.

A professor from Massey University's School of Veterinary Science John Cockrem, who is also an expert in kororā, said they may still return.

He said if the birds return then the next step would be to take them further away for their own safety and one suggestion would be to Matiu Somes Island which would be a safe location for them and is some way from Wellington railway station.

He said even from there the penguins could potentially return to the railway station from Matiu Somes, in which case they might need to be moved still further away to Mana Island off the Porirua coast.

"They don't take well to being relocated, in so far as people have tried moving penguins to establish new colonies at other locations and the penguins do tend to go back where they have come from."

Crossing the road at any time of day will be very risky for those birds and you do not want them to be repeatedly exposed to that hazard, Prof Cockrem said. 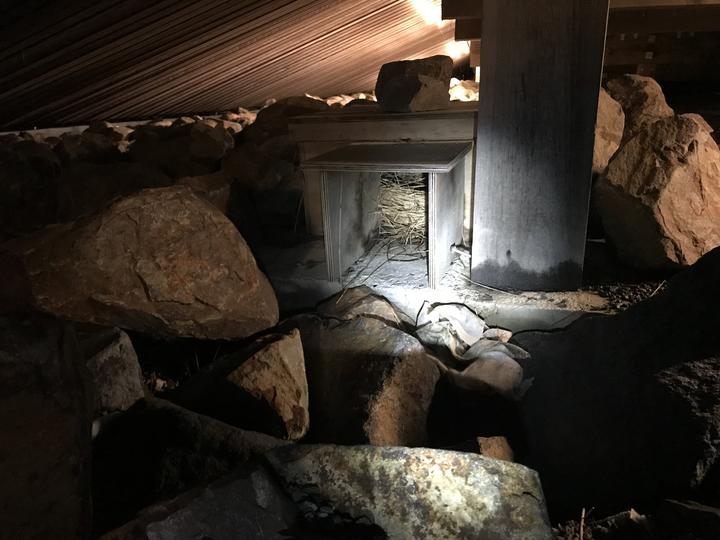 One very well known population of kororā is on the South Island's east coast at the Oamaru Blue Penguin Colony, where the world's smallest penguin abides in close proximity to humans.

The community built the world's first wildlife underpass - a tunnel to protect the birds from being run over.

"On the other side of the tunnel there is appropriate breeding habitat, so the birds were nesting there naturally anyway, under trees and amongst rocks."

The tunnel really just helped them get across that busy road to their nest, but that does not sound like the case in Wellington, she said.

Dr Agnew said the Wellington penguins seem to be going into an area where it's not appropriate for them to breed because there are lots of people and cars around.

Wellington could create some safe breeding habitat for penguins along the waterfront, she said.

"That usually is pretty simply, some rocks or some planting and then potentially behind that breeding habitat they could create a bit of penguin-proof fencing to stop the penguins coming across those busy roads and into the areas where they might be injured or disturbed."

Dr Agnew said little blue penguins can easily live in urban environments but they have to be managed to ensure they are safe.