Eight weeks into the cleanup effort on the Fox River in South Westland, 95 percent of its length remains contaminated by rubbish from a flood-torn landfill. 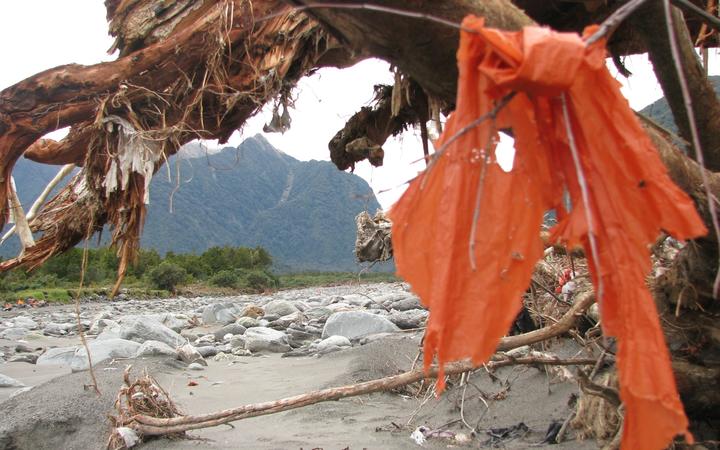 Some of the rubbish is orange - believed to be from the rubbish bags used years ago in Westland. Photo: RNZ / Anna Chinn

The March deluge washed out a closed landfill near Fox Glacier, leaving old garbage now snagged on logs or buried under rocks and silt, along the riverbed. Most of the waste is soft plastic, occasionally still bearing a date from the 1980s or '90s. 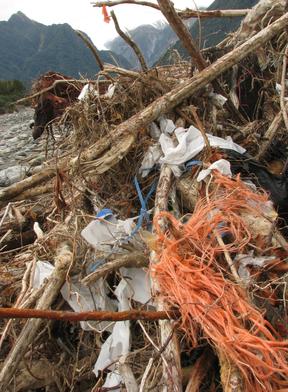 People working on the clean-up say it is going to take years to remediate. A team of about 10 workers are picking over the riverbed by hand, but they want a serious injection of taxpayer-funded resources to cope with the rubbish.

They say it should be taken just as seriously as the 2011 Rena oil spill in the Bay of Plenty.

They want central government to pick up the effort instead of leaving it to a small district council, and they want more resources.

Contractor Phil Hardman, who moved to Fox Glacier from Invercargill for the clean-up, said it should be declared a national emergency.

"We've got a really good keen bunch of people out on the river doing the best they can with the limited resources that we have.

"There is so much rubbish buried in the riverbed itself that will only be exposed either by machinery or more weather events. That rubbish will have to be collected off the riverbed or the beach."

Cleanup co-ordinator Mike Bilodeau said 24km out of 25km of the Fox River remains contaminated, including one section where plastics are entangled with washed up timber. It will take some creative thinking to fix, he said.

He said the old dump lost about half its contents in the flood and the rest will soon follow because it is now unstable.

He described the measures taken to contain the rubbish as a joke. "What they've done is cover it up with geo-matting, geofabric and rocks from the river so it's not enough, especially with spring time not too far away. The spring rains will start in August, September and will just wash it all away again."

He said the government should be using the Fox River incident as a learning tool because there are about 100 landfills around the country that are compromised or going to be and it would be an opportunity to plan a much better response for the time when they "blow open".

He said he would personally escort any Cabinet ministers who wanted to visit. 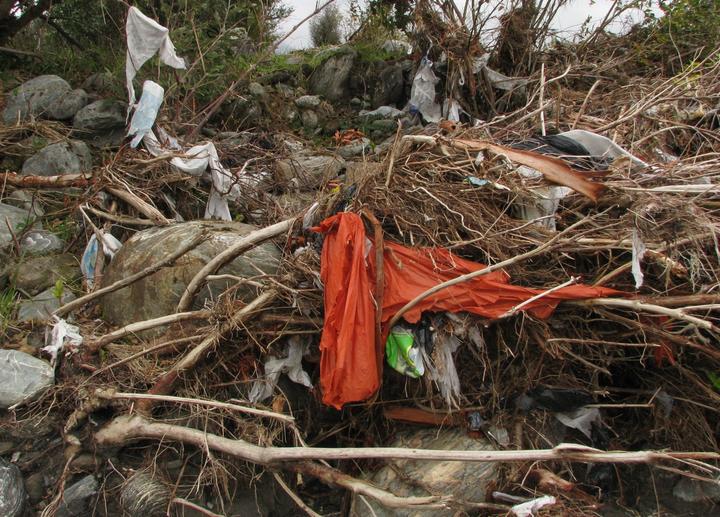 A familiar sight on the Fox River since the heavy rains of 26 March. Photo: RNZ / Anna Chinn