Tasman people are being told to prepare themselves for a long and frustrating cleanup after what's been described as the worst storm in living memory. 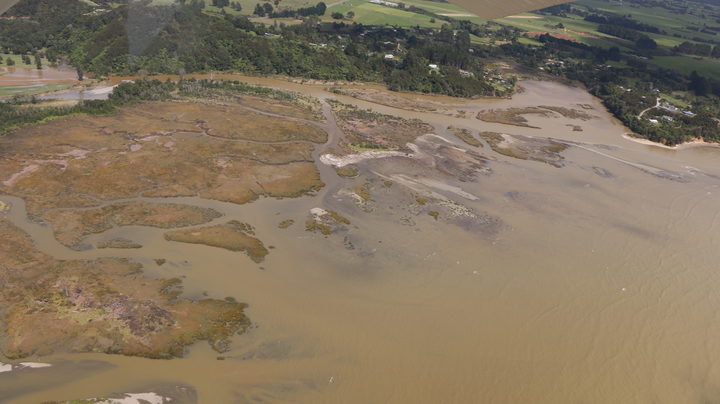 Flooding in the Takaka valley yesterday, after the storm passed through. Photo: RNZ / Logan Church

Mayor Richard Kempthorne said it could take more than a year and more than $1 million to properly clean up the region.

"All I could say at this stage is I'm quite sure it could be months, in fact it could be longer than a year because there'll be a lot to do, and it's got to be programmed, it's got to eventually fit into a budget once that's been established and some of that will be over time." 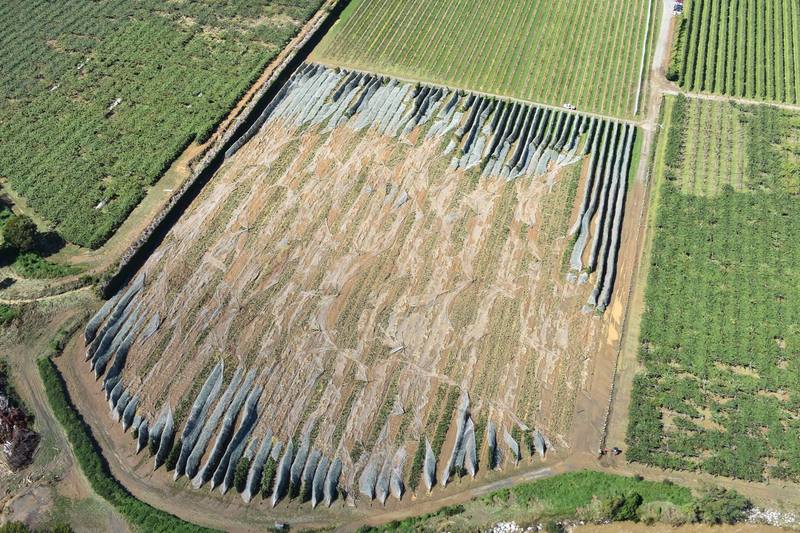 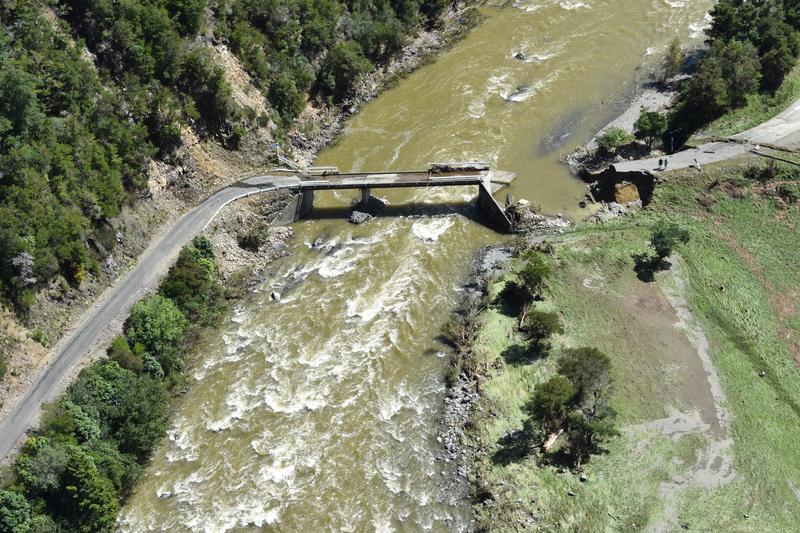 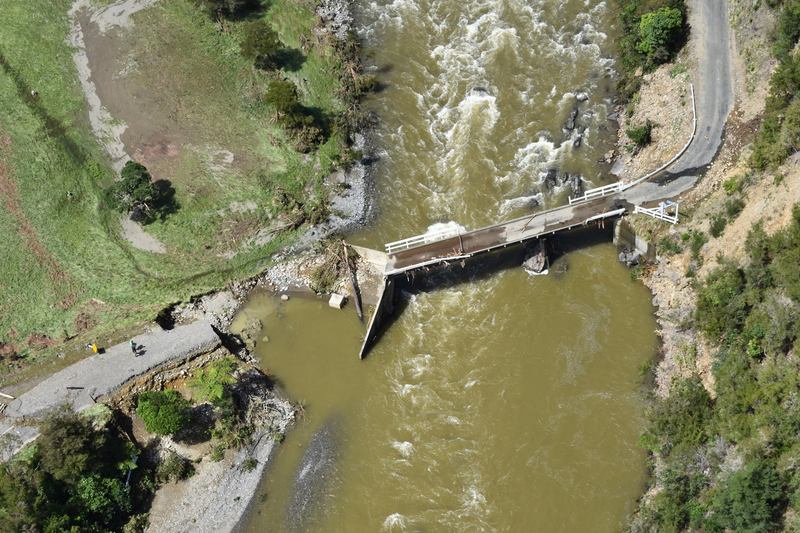 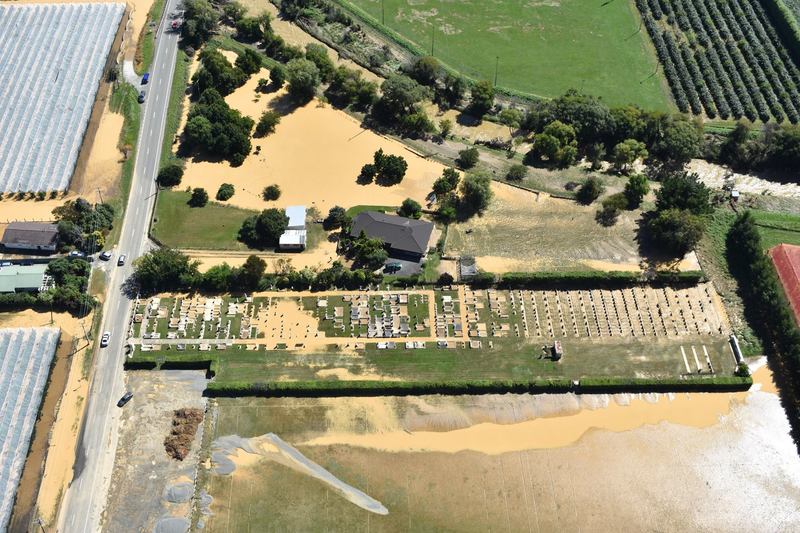 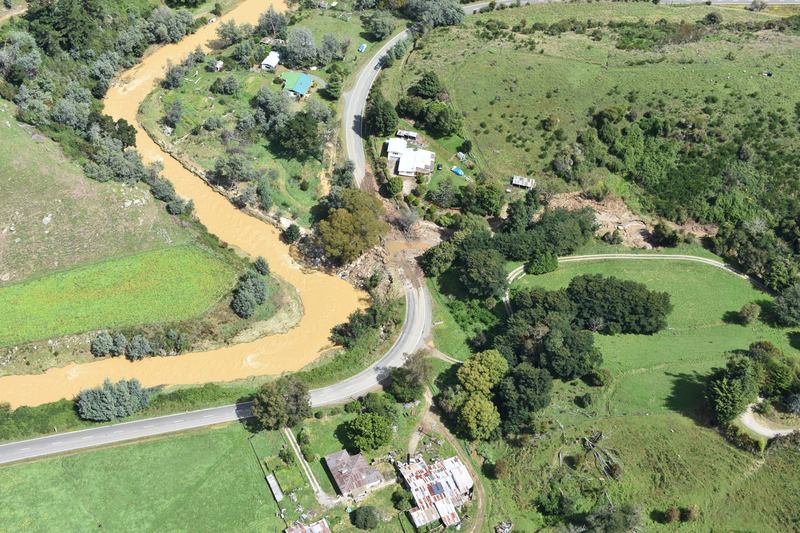 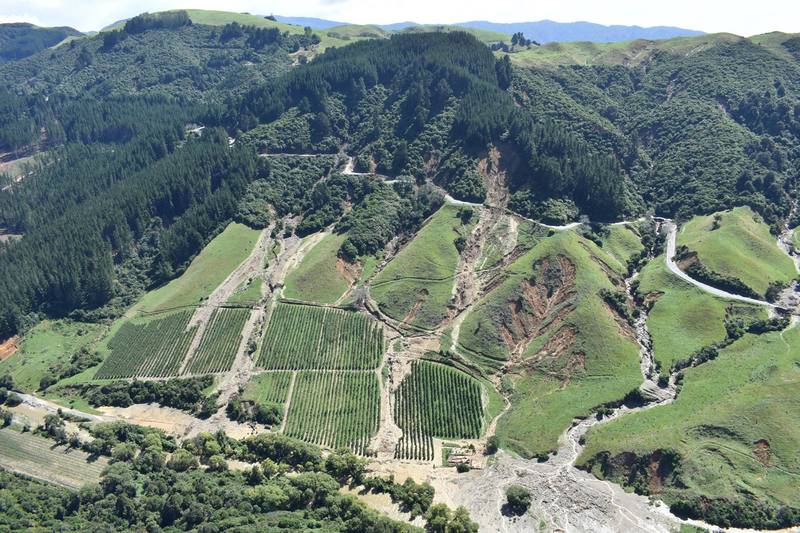 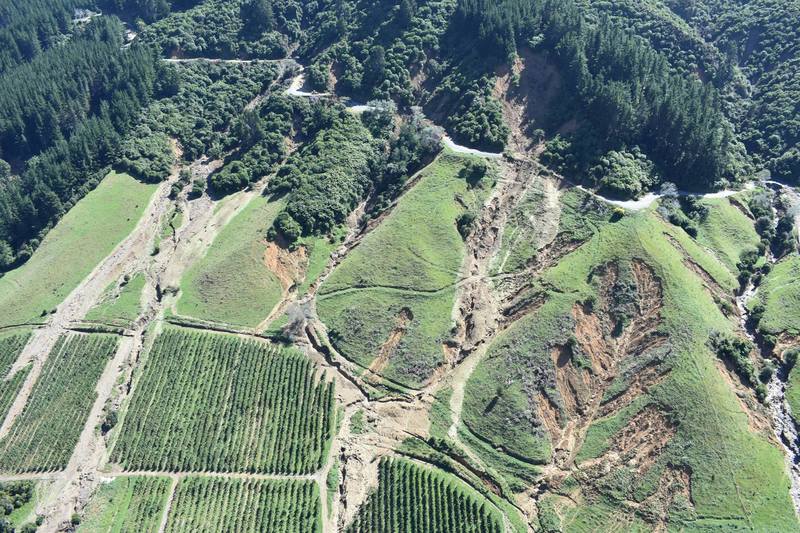 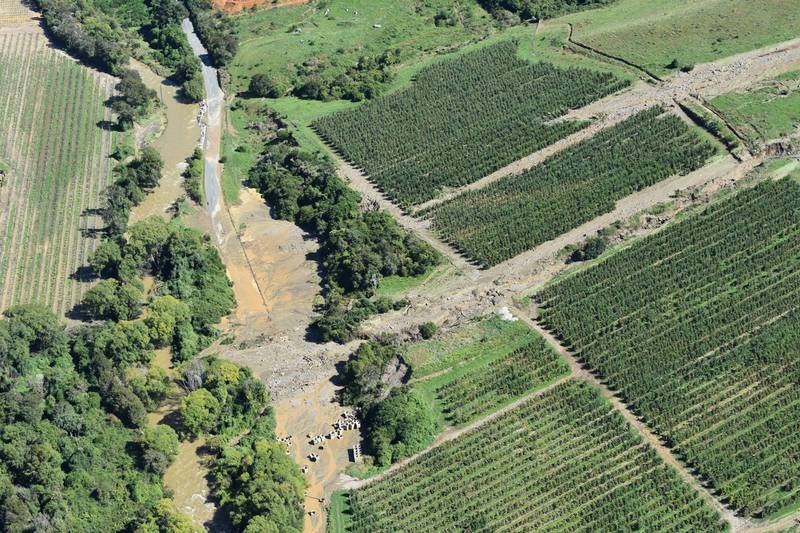 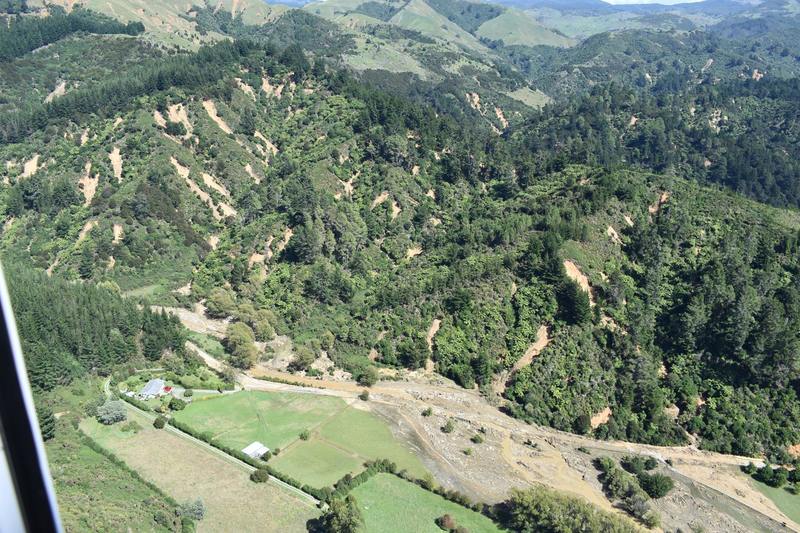 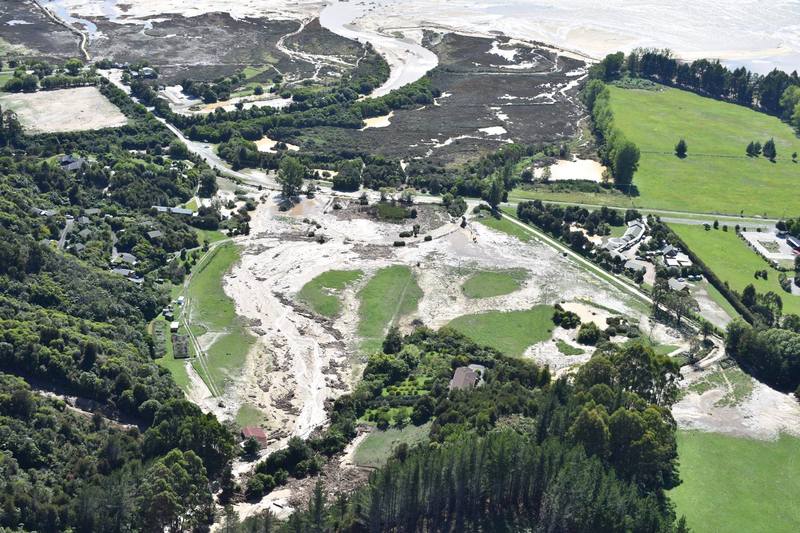 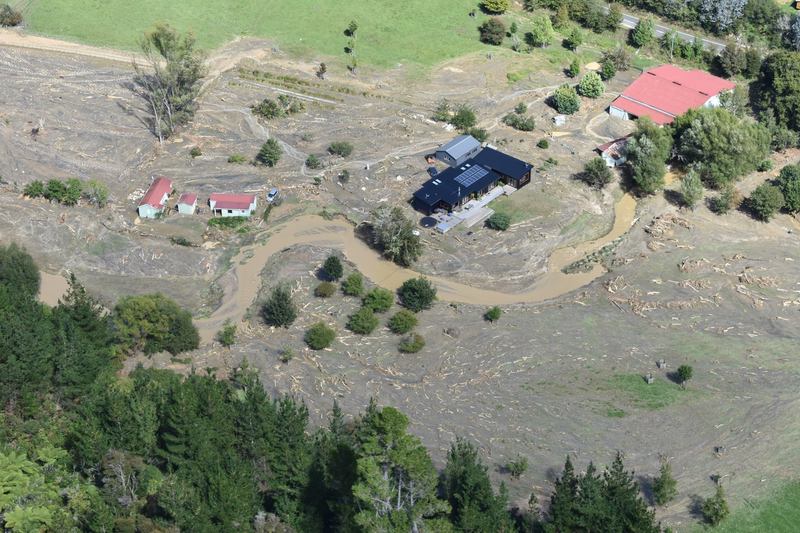 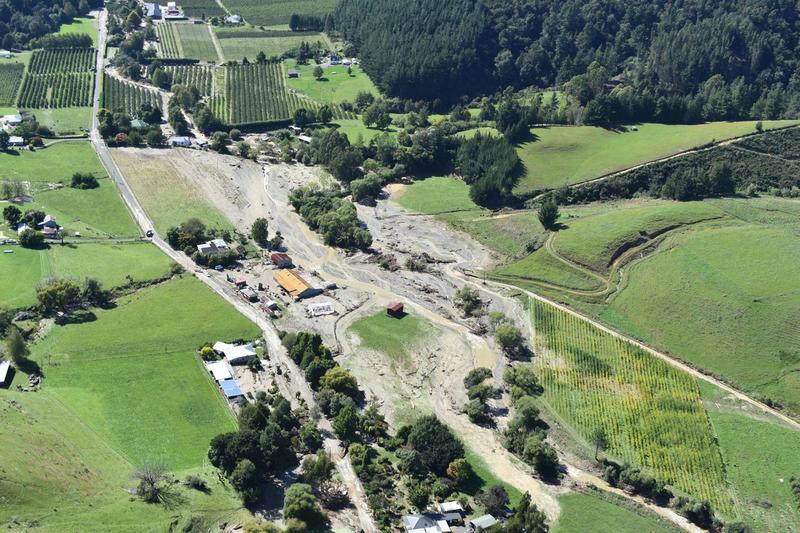 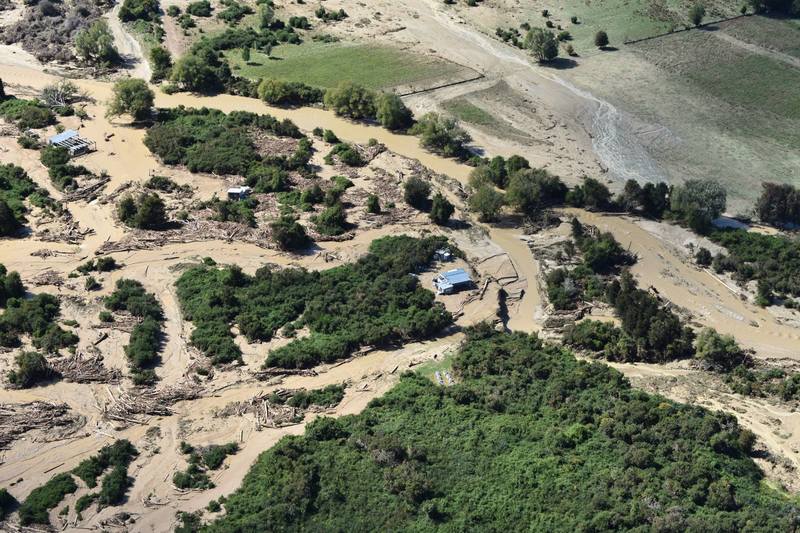 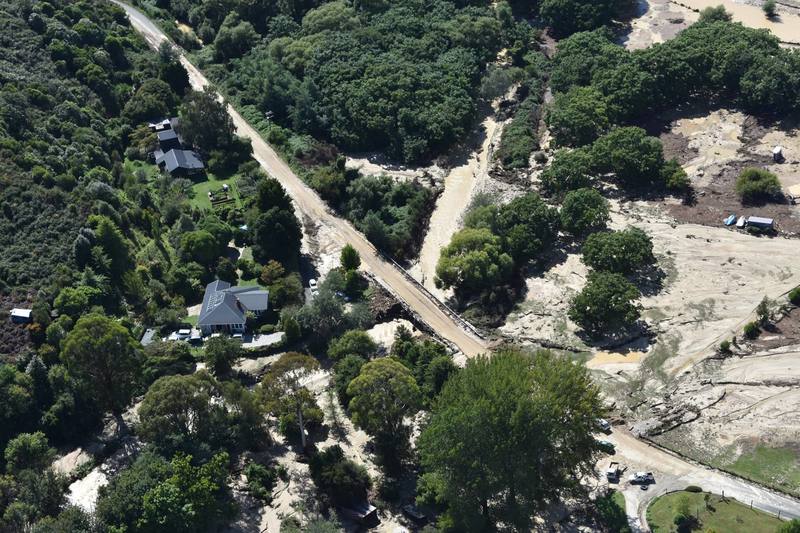 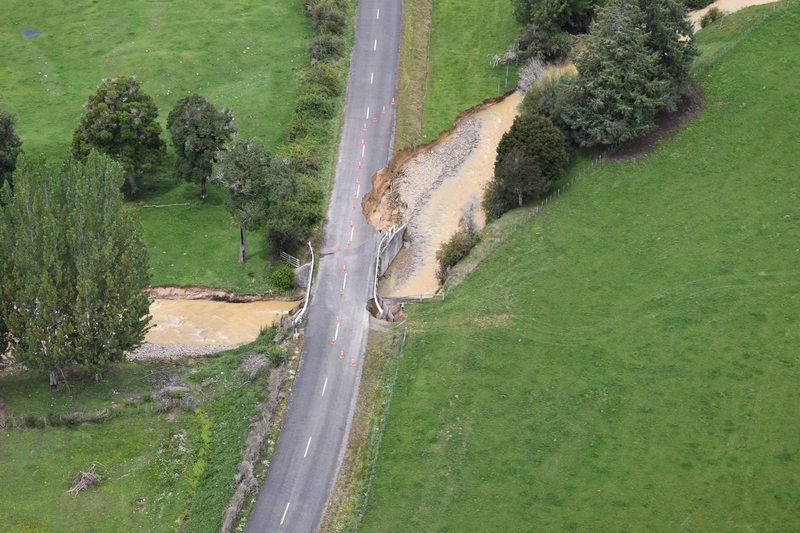 Mr Kempthorne said overflowing rivers and creeks had left dense mud and silt on many properties.

Senior Journey Manager Neil Walker told Morning Report there are about 16 slips on the Takaka Hill road. Mr Walker said crews were working from both ends of the road.

"They're currently trying to assess how long it's going to take to reopen the road, it's gonna be at least days. We'll know more when we've actually got the report back from them."

Civil Defence is still door-knocking to establish how bad and widespread the damage is. 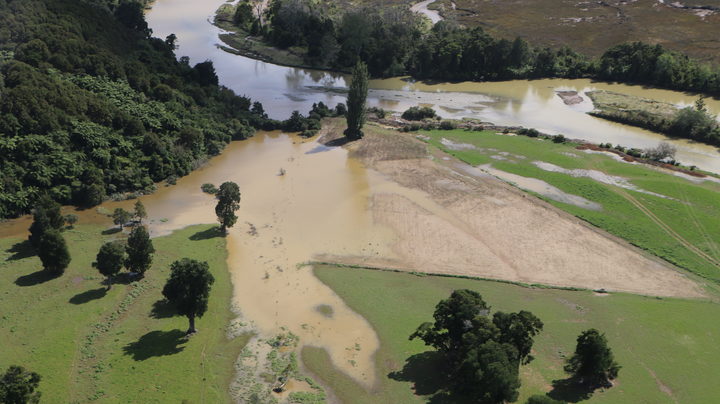 Thousands of people were trapped after the storm caused several slips on the roads into Golden Bay.

Food supplies, essential as the town is running low, arrived on a barge today, with 11 pallets of groceries are being unloaded.

RNZ understands a bigger barge is expected about midday, which will have more food supplies, including chilled goods, as well products for the area's dairy processing plants.

Yesterday, the Takaka Fresh Choice completely ran out of bread, milk, and other essentials. Co-owner Mike Reynish said there were plans to keep the supermarket stocked.

Civil Defence was also rationing fuel, with a $30 daily restriction per vehicle per day, exempting emergency services and volunteers helping with the recovery.

A Riwaka orchard owner, Evan Heywood, lost fields of fruit and said it could take eight years to get back up to speed.

Mr Heywood said he had never seen a storm like it. 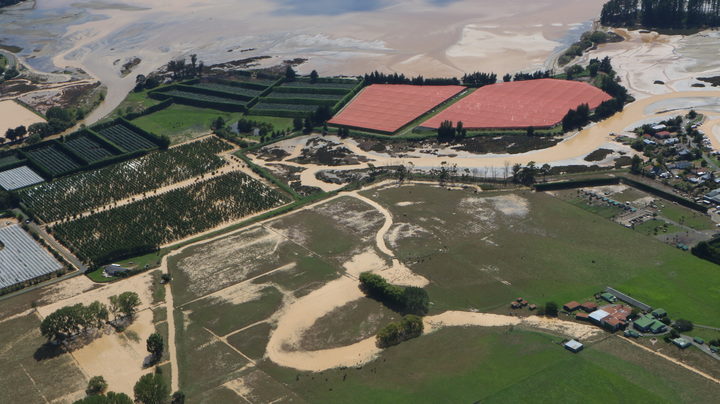 "And we've had the river breach before and we've had a bit of silt and rocks and that but we've never had the level of damage we've seen.

The tail end of Gita was continuing to affect people further north, with a severe heavy rain warning is in place for the Wellington region and six homes in Kāpiti evacuated this morning because of fears of flooding.

State Highway 1 between Paekākāriki and Pukerua Bay is now open in both directions after emergency repairs to fix a badly damaged sea wall protecting the road.

Taranaki was dealing with electricity and water problems, with New Plymouth residents boiling water and getting tankers in after a pipe which supplies a quarter of the population was ruptured.

Mayor Neil Holdom told Morning Reportthey were hoping to have water back on today.

Progress was being made in restoring power to the roughly 26,000 who faced cuts during the storm, with thousands still without electricity. The cuts were affecting cellphone and landline communications.

On the West Coast, all roads have reopened, and while some locals said it was not as bad as cyclone Fehi just over a fortnight ago, others said heavy winds had blown apart roofs and windows.

Power was still being restored to a handful of homes in the region, which had local states of emergency in all three districts during the storm.

The Queenstown Lakes District Council said this morning the Crown Range had been closed due to extreme rock fall danger.