A Kāpiti Coast resident's home is covered in mud after heavy rain flooded houses in the area last night. 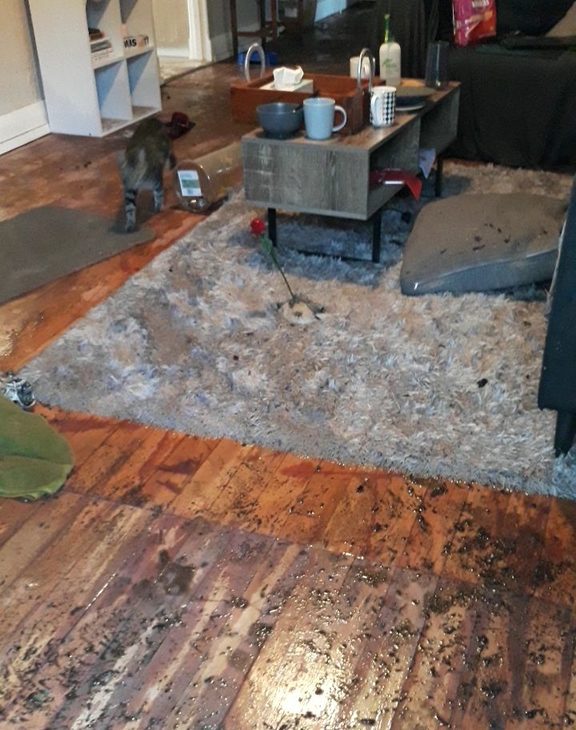 Sarah Baker said her house was flooded out in the early hours of this morning. Photo: Supplied / Sarah Baker

Five houses were evacuated last night as heavy rain and a high tide caused flooding in Paraparaumu and Raumati South between 2am and 4am.

Fire and Emergency said it had received more than a dozen calls for flooding in the area overnight.

Paraparaumu Beach woman Sarah Baker said water poured into her house in a matter of seconds.

"It started coming through the door ... and we put towels and blankets down to try and stop it but it was getting really intense.

"And then 10 seconds after that it started coming through the floor." 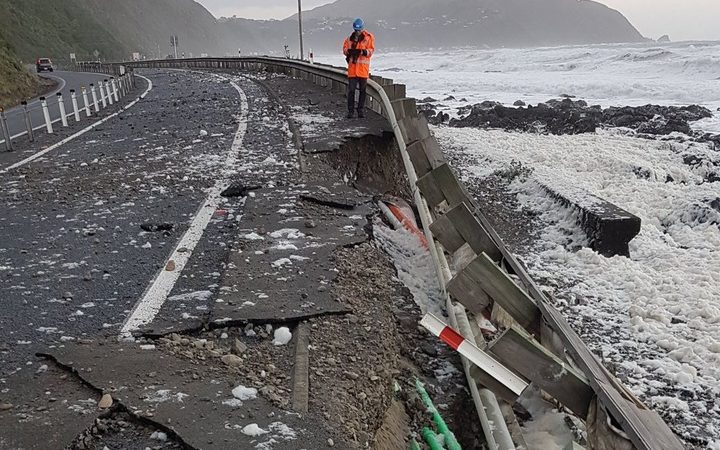 It comes after ex-Tropical Cyclone Gita smashed into the country yesterday, which brought down about 60m of the seawall next to SH1 north of Pukerua Bay causing huge delays for commuters.

The highway was down to one lane for all of yesterday and overnight but is open in both directions this morning with a 50km/h speed limit for northbound traffic.

Neil Walker from the Transport Agency said further work would needed to complete repairs to the cycleway and footpath.

He told Morning Report crews working on Transmission Gully nearby chipped in and helped move rock and debris to get the road back open.