350 tonnes of rock has been dumped into the sea north of Wellington, as contractors sramble to fix a state highway which is causing massive disruption. 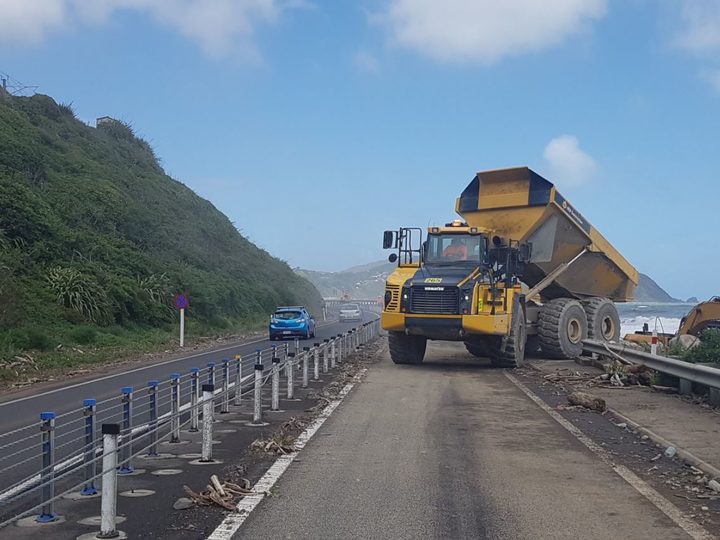 Repairs on State Highway 1 between Pukerua Bay and Paekakariki on the Kapiti Coast. Photo: NZTA

Upto a 100 metres of State Highway 1 between Pukerua Bay and Paekakariki on the Kapiti Coast was damaged during last night's storm.

Only one lane is open to traffic.

The Transport Agency said around 14 truckloads of rock from the Transmission Gully project were brought in for repairs.

It said if conditions remain good, it will contine to work into the night in a bid to reopen both lanes.

Diversions are in place over the Paekakariki Hill Road, but the agency says people should avoid the area if possible.

NZTA senior journey manager Neil Walker said work will continue throughout the night and he expected the road will be repaired and ready to use in the morning. He said traffic was not too bad for commuters going over the Paekakariki Hill.

Mr Walker said the area had had a lot of bad weather over the last two days.

The Transmission Gully roading project, which will take pressure of the coastal route, is expected to be completed in mid-2020.