Water tankers have been deployed in New Plymouth after cyclone Gita knocked out a water pipe which supplies 25 percent of the district's population. 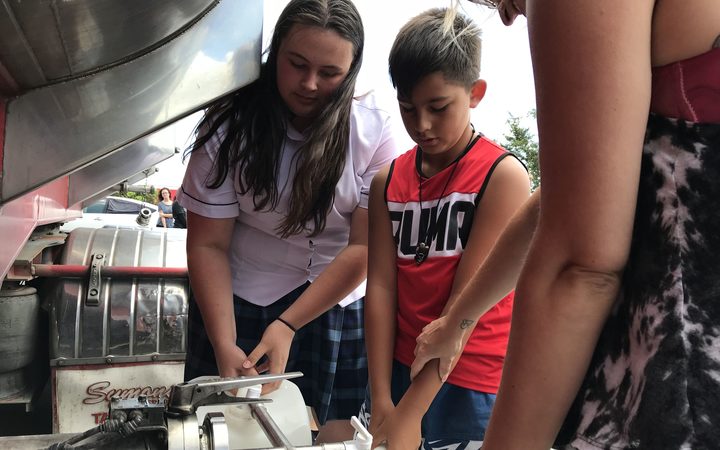 Taranaki residents getting water from a tanker. Photo: Supplied.

A state of emergency remains in place in New Plymouth after being lifted in Stratford and South Taranaki earlier today.

After riding out the storm overnight the principal of Vogeltown Primary, Jeremy Ogel, was happy to open the school this morning.

"We made the call at 6am that we'd be open. We checked the school. We had electricity, water at that stage, and so made the decision to open the school.

"It's up to individual schools and boards of trustees to open the school so we thought they'd be school."

That all changed shortly after midday.

"The council put out a notification on its Facebook page and we've just had a call from the council saying that water is running low and that all drinking water has to be boiled.

"So we've had a lot of panicked and anxious parents and the best call for us to be proactive is to close the school immediately which most other schools are doing as well."

Mr Ogel said the school was able to look after the children safely until 3pm if needed.

Stay-at-home mum Sophie Walker was picking up her daughter Orion and a handful of other children for parents who couldn't get away from work.

"I'm going to have three extras plus the three I already have. Luckily I have a seven-seater car so we'll be okay.

"It's going to be movies this afternoon so it's not too crazy." 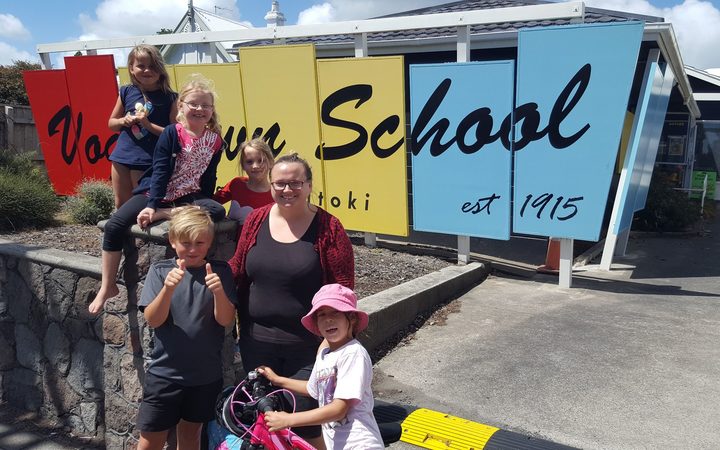 Safe water was more of a concern.

"I have a little bit in a filter jug in the fridge already so hopefully that was full.

"I haven't checked yet but it will have to be boiled water with all this lot and I'll do that as soon as I get home."

In downtown New Plymouth the request for businesses such as cafes and hair salons to close had not got through.

Owner of the cafe Birdie, Julie Conaglen, was completely in the dark.

"When was this? We haven't heard anything at all. I'll go and have a word with the staff out the back and see what we can do, how it affects us."

Senior stylist at the Cutting Edge Salon, Steph Maxwell, knew nothing either, but said if they had to conserve water they may as well shut up shop.

"We wouldn't be able to do our job full stop. We use water to wash our hair - like our client's hair. We wash the colours, we wash the dishes. We couldn't offer people coffees." 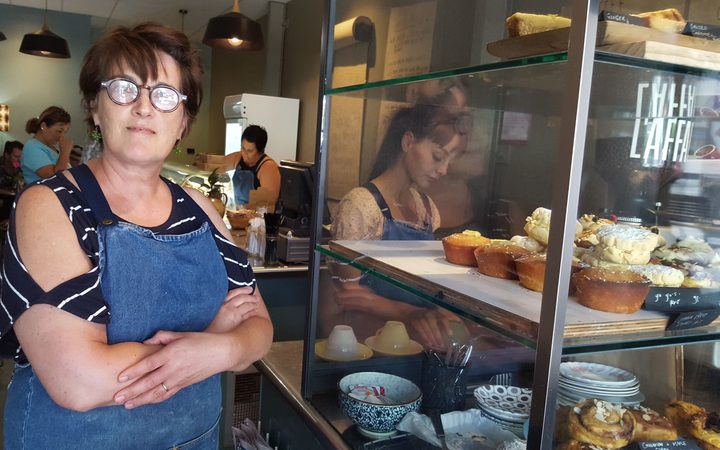 "When it loses pressure there is a possibility of contaminants entering the water network because it is designed to be full and under pressure and what we've got is a network where pressure is dropping .

"So sediments sitting in the bottom of pipes that normally just sit there will move around and there's the possibility that contaminants will get into the network."

Mr Holdom said it was unacceptable that losing one pipe should have such a widespread affect.

"In this case 25 percent of our population have been supplied by a single pipe and we will deal with the repercussions of that in due course."

Mr Holdom said the network's failure drew attention to the fact that across the country infrastructure did not have high levels of duplication or redundancy built in.

It was a point not lost Vogeltown mother Stacey Frost.

"It certainly seems like a quite a small incident to be affecting such a large area doesn't it."

"If a tree falls on something and it's a water pipe. Why isn't it buried? Why isn't it underground? How did that happen?"

Not everyone was upset about the situation however.

"Bloody great. I love it. We should have (a water crisis) at least three times a week."

Water tankers were being deployed at seven locations in New Plymouth, Waitara, Lepperton and Bell Block.

The New Plymouth District Council was warning repairs would not be completed until Thursday at the earliest.