The storm that lashed the country has now passed over the top of the South Island. Find out what happened overnight and what to expect today. 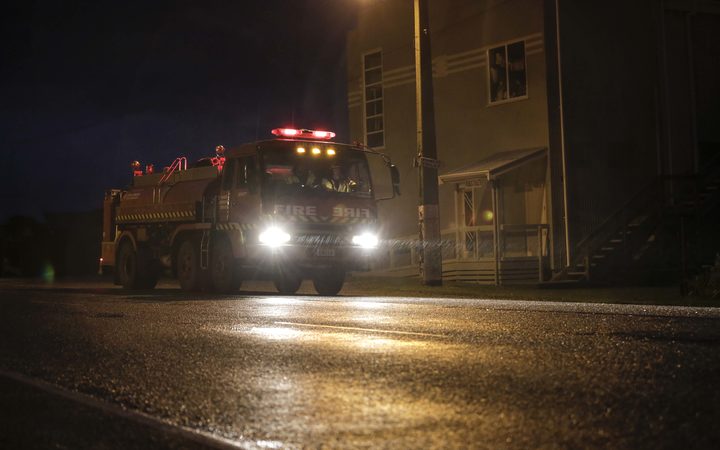 Thousands are without power and states of emergency have been declared as Cyclone Gita brought heavy rain and strong winds.

Many weather stations in the #Canterbury High Country have recorded in excess of 100mm in the 24hrs to 2am. Closer to the coast Ashburton 86mm, Timaru 83mm & #Christchurch 59mm https://t.co/ziBZZ8yIbP #CycloneGita ^PL

The provinces still under a state of emergency are Selwyn, Tasman and Taranaki.

Do you have a weather story, photos or video to share? Send us an email: iwitness@radionz.co.nz

Christchurch City council said it was drenched overnight but got a lot less rain than feared and managed to escape the 9.30pm high tide relatively unscathed.

The next high tide this morning will be watched carefully, but there have been no reports of residents flooded out.

At least 5000 people in Golden Bay and Collingwood are cut off after heavy rain brought down slips, closing the road in three places on Takaka Hill.

Engineers will be out on the Takaka Hill road this morning to find ways of getting it open as soon as possible.

The storm cut off electricity to 14,000 residents in Taranaki late yesterday.

About 200 tourists spent the night in their buses or in welfare centres along the South Island's West Coast, with strong winds making travel in some dangerous places.

Emergency services helped some residents in Granity, on the West Coast evacuate overnight.

MetService meteorologist Peter Little told RNZ this morning the impact of the storm was slowly easing.

A number of flights into Wellington Airport have been cancelled this morning, check its website for up-to-date information.

MetService is predicting more heavy rain which could cause surface flooding and slips, and strong winds for Canterbury, Westland and North Otago.

The heavy rain in North Otago and Dunedin is expected to last until midday.

There will also be strong winds in the central North Island, Wellington, Marlborough, the Kaikōura Coast, Buller, Westland and Canterbury into the morning.

Here's a recent satellite image showing the position of #CycloneGita
Stay up to date with forecasts on https://t.co/Yjbq0jxdqz ^PL pic.twitter.com/u517fH8pRl