Tasman's deputy mayor Tim King, who'll find out today whether or not he's been promoted to mayor, says it's an impossible race to pick. 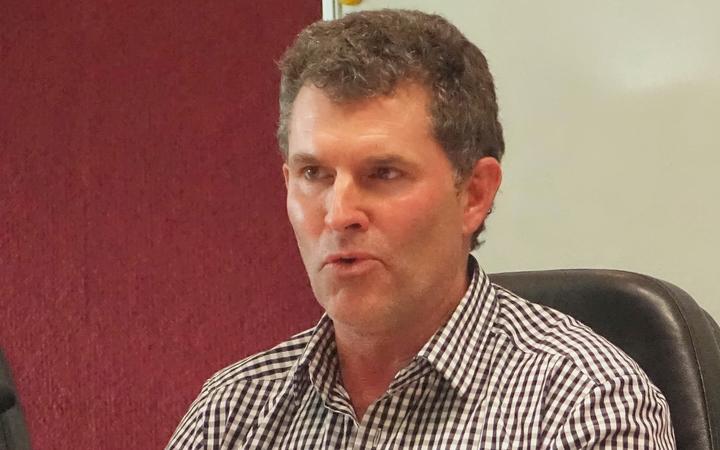 Tim King will be working on his farm as he awaits the result of the Tasman mayoral vote. Photo: RNZ / Tracy Neal

Mr King, who's been an elected member of the Tasman District Council for 21 years, told RNZ he plans to be out on his Eves Valley farm today as he waits to hear the results.

An informal Stuff poll earlier this week put Mr King comfortably ahead of his closest rival Brent Maru in the four-way race for the mayoralty.

But Mr King said he's not paying any attention to it.

He said he's not taking anything for granted, and isn't relying on his popularity over the years as an indication of the possible outcome.

In Nelson city, the same poll showed it's expected to be a tight race between incumbent Rachel Reese, and nearest rival Mel Courtney.

See all RNZ's earlier coverage of the campaigns.

Christchurch voters have turned out in slightly higher numbers for this local government election, than in 2016.

Electionz.com says it has received 96,360 votes, which is 38.8 percent of all eligible voters.

There's only been one place to cast last minute votes this morning, which is the Christchurch City Council building.

Lianne Dalziel, who has been mayor of the city since 2013, hopes to win another election.

But there are 12 other people vying for her position, including frontrunners Darryll Park and John Minto.

A last-minute trickle of voters have returned ballots papers in Hamilton this morning.

The city council set up a drive-in drop-off point outside the council building in Anglesea Street.

As of yesterday, a fraction over 33 percent of people had voted.

That compares with the total vote in the 2016 election of just over 30 percent.

The final result in the mayoral election is expected to be very close among the top three candidates in a field of eight.

Last-minute voting for this year's local body election got off to a slow start in Auckland.

The city has by far the highest number of eligible voters - more than a million - but just over 30 percent had cast a vote by last night.

Special voting stations are open across the city but have been quiet this morning.

One voter, who cast his vote at a station in the central city, said he never received his voting papers, so had to visit one of the stations to cast his vote.

Another said she went to cast her vote at the Panmure library but it wasn't open and instead had to slide her documents under the front door.

The results will start rolling in from early afternoon.

Six mayoral candidates have avoided the stress of election day and have been elected unopposed.

Each of the successful candidates are incumbent mayors.

Andy Watson for the Rangitikei District, Jenny Shattock for the South Waikato District, Jim Mylchreest for the Waipa District, and Hamish McDouall for the Whanganui district will also remain as mayors.