Young people running for councils in the Wellington region say they're reaching part of the population that wouldn't otherwise vote. 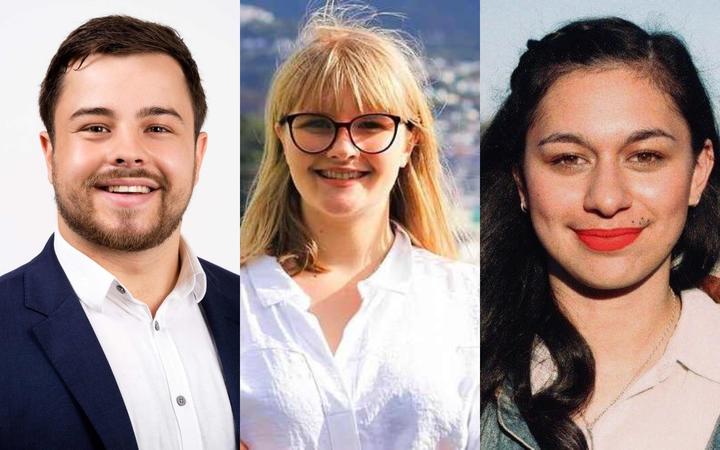 Voter turnout has been declining since the 1980s and at the previous local elections in 2016 it was 43 percent.

In the Wellington region at least seven people under 25 are running for local councils.

"Who would? What are your options? You've got John, John, and John - 60, retired, owns their home. This is their side hustle along with their business and all the other boards they sit on, and I just don't think that's right."

As president of the Victoria University Students' Association, she was trying to think of ways to engage students in local elections, and decided to stand herself because she believed having candidates of the the same age would help.

Young people needed to have a voice around the council table, she said.

"Wellington can't be as good as it could be for young people and for students unless we have someone at that table guiding and steering that and bringing that perspective."

Victoria Rhodes-Carlin, 21, is standing as an independent for the Greater Wellington Regional Council, in the Wellington constituency.

Working with NGOs and ministers in government organisations had revealed people her age weren't always taken seriously, she said.

Ms Rhodes-Carlin said she had had a positive response while door-knocking but was concerned by the number of people who didn't know the regional council existed, or what it did.

Her campaign had been not just about the things she cared about, but also telling people they could have a say in local decisions.

She said people wouldn't vote for institutions if they didn't reflect them and their experiences.

Josh Trlin is running on a Labour ticket and is one of three youth candidates vying for election in Porirua City Council's Pukerua ki te Raki/Northern Ward.

The 24-year-old said the reasons young people were prompted to run for local elections were a combination of urgency and hope.

"I think the urgency comes from the really, really pressing issues that we have. For me, the things I look at are the climate crisis, the housing crisis, the mental health crisis.

"These are all issues that impact literally everyone in New Zealand, but disproportionally they impact young people, so there's real urgency we have to do something."

The example of Chloe Swarbrick, now a Green MP, who ran for mayor of Auckland in 2016 at the age of 22, gave people the confidence that they too could stand for their communities, he said.

He and the two other young candidates in his ward had been to Aotea College to talk to students about the importance of voting and how to enrol.

"It will be really interesting to see whether or not that does have an effect on turnout. I really, really hope it does.

"As much as I would like to get elected, if I come away from this election and I'm not, but we see more young people went out and voted this time, we had a higher turnout, I'd take that as a win."

The last day to enrol to vote is 11 October.