Campers who make their home at a point north of Gisborne over the summer say a proposal to close the site will not protect it from erosion, nor protect their health and safety. 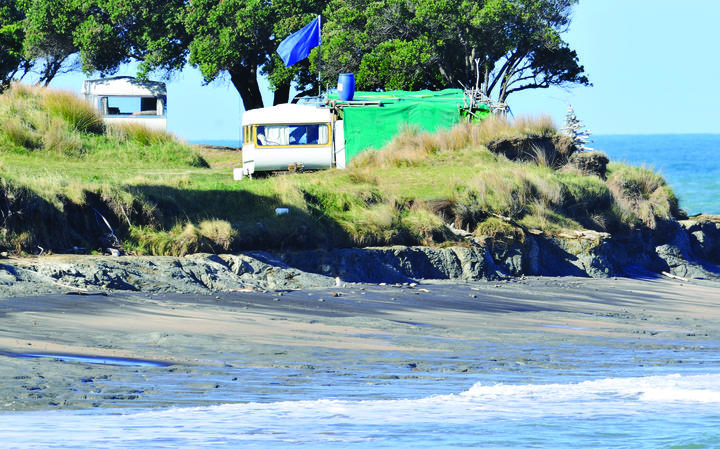 Winton Ropiha, who has camped at the northern end of Turihaua Point for the past 25 years, says Gisborne District Council's proposal to prohibit camping there is inconsistent with the New Zealand Bill of Rights.

Ropiha said the bylaw change would deprive him of a life he had lived and wished to continue to live with his tamariki and mokopuna.

Council policy adviser Chris Gilmore said the draft bylaw was consistent with the Bill of Rights.

"The proposed changes are considered to be reasonable and not overly restrictive or impractical," he said.

The council has proposed prohibiting camping at Turihaua Point north because of safety concerns around rapid erosion to the area and its position near a bend on the state highway.

Ropiha argued that closing that area would not protect it from erosion, nor protect the health and safety of campers and visitors.

The place enhanced the wellbeing of whānau, he said.

"The problem in relation to the area is not the campers, or the visitors, it's the moana (ocean) reclaiming the whenua (land)."

He said the way to reduce the erosion, was to stopbank affected areas, "as has been done further around Turihaua Point and Pouawa".

Ropiha was one of 14 people, including campers, motorhomers, farmers and town residents, who covered a lot of ground at public hearings on the draft bylaw on Wednesday. 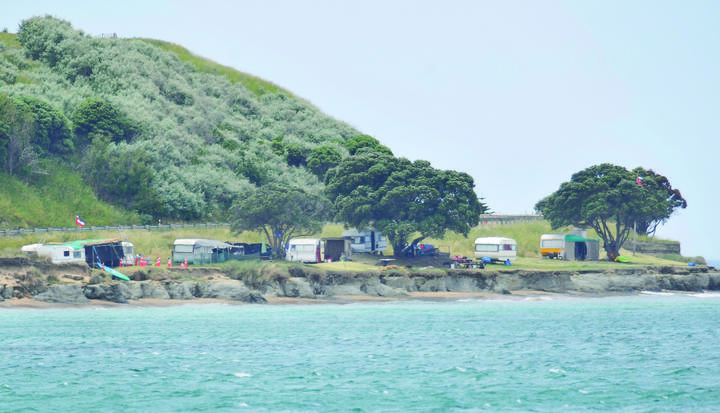 Gisborne District Council says there are safety concerns around rapid erosion to the area and its position near a bend on the state highway. Photo: Liam Clayton / The Gisborne Herald / LDR

Erosion, homelessness, climate change, public defecation and the quintessential Kiwi holiday were among the points raised.

Sarah Williams, whose family farms at Turihaua, said they valued freedom camping in the bay and recognised the families who had camped there for generations, and their right to be there.

But their farming operation and lives had been impacted by the 10 percent of campers who were disrespectful, along with a lack of council monitoring, rubbish collection and enforcement.

Last summer they had caravans parked at the end of their driveway, they witnessed rubbish being burned, semi-permanent structures built on the dunes and people "blatantly" using their laneway as a toilet.

She supported Turihaua south being a restricted seasonal camping area in January but believed Turihaua north should become a prohibited area.

"The entire length of dune is experiencing severe erosion which is being exacerbated by the rock wall to the north, and further worsened by campers traversing the area."

Other submitters spoke of theft and slaughter of livestock, risks from campers lighting fires on the beach, safety concerns when taking their family to the beach walking past patched gang members camping, and even receiving death threats.

They also talked about the plastic, metal, wood, poisons, excrement and liquids left behind by campers, and the degradation to the environment caused by posts being put into the ground.

Tawhai Bristowe told the hearings committee his family regularly spent summers in the area and took care of the land.

"We've always cleaned our mess up. We take our own rubbish away, we've got our own facilities to go to the toilet. We actually mow the lawns when we can, too."

He didn't think safety was an issue at the site.

"If it wasn't safe we would just move away."

The closure of this campsite is one of a raft of changes proposed under a draft freedom camping bylaw put to the public for consultation between March and April.

The council received 341 submissions on the revised bylaw. Between 59 percent and 80 percent of the submitters supported the proposed changes.

The proposal seeks to prohibit freedom camping in non-self-contained vehicles throughout the Gisborne region and limit it to four areas, instead of the originally proposed five (The Pines at Okitu would be excluded). 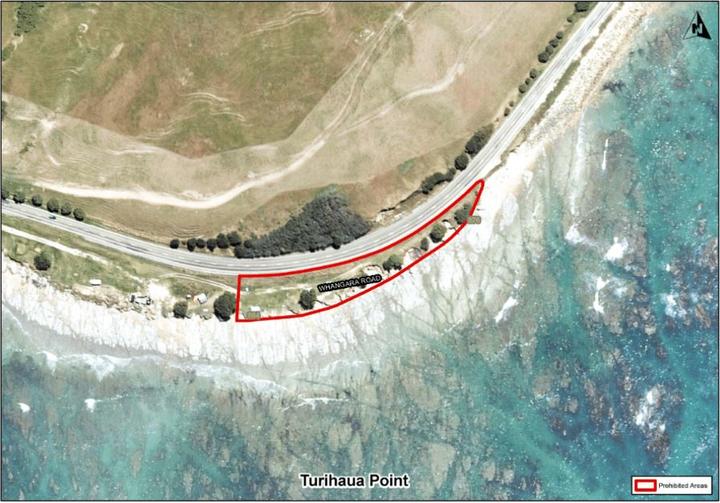 Council staff recommended increasing the number of freedom camping parks from their original proposal released in October last year - Midway Beach from six car parks to eight, Kaiti Beach from eight to 12 and Makorori from nine to 19.

Submissions from the New Zealand Motor Caravan Association (NCMCA) and Gisborne Caravan and Camping Club pointed to issues with the allocation of freedom camping parks.

"Eight parks at Midway could only hold about two vans," Darryl Keast of NCMCA said.

Rex Stuart, a life member of the caravan club, wanted to see the number of vehicles allocated to a freedom camping area, rather than the number of car parks.

Under the proposal, the council would stop charging for permits in the seasonal camping areas in order to use the Freedom Camping Act 2011 to regulate the activity.

The council receives annual revenue of between $35,000 to $49,000 from paid permits but in order to use the enforcement powers enabled under the Freedom Camping Act, the council must forego that permit revenue.

Seymour expects to present a decision on the bylaw to the full council on 30 June.