Gisborne is struggling to find enough homes for its isolated population. 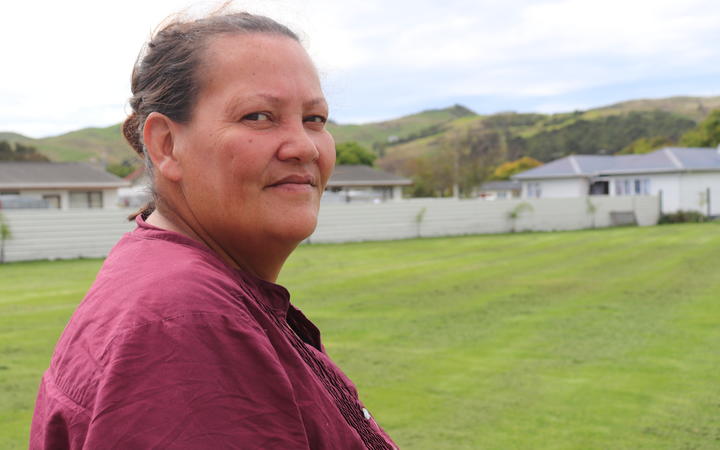 As house prices rise dramatically, people are living on the streets, in cars and in tents as winter approaches.

While big initiatives are underway, progress is slow.

It's early morning in Tūranganui-a-Kiwa/Poverty Bay, with darkness still blanketing the streets.

Many residents in the city will be waking in comfortable, warm beds.

But that isn't the reality for all.

A handful of people living on the city streets gather at a park bench, near the museum by the Taruheru River.

They are there for warm kai.

Among them is Tressa, who says living on the street gives her "freedom to do whatever you choose".

"I say I'm on an urban camping trip." 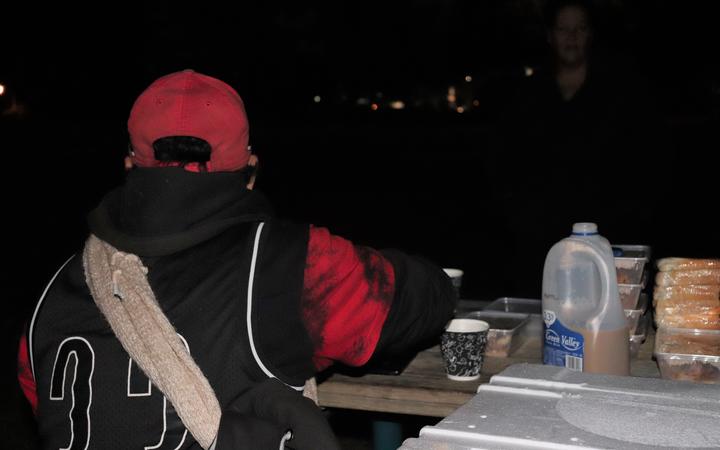 Tressa is among the homeless who enjoy breakfast offered by Oasis Community Shelter. Photo: RNZ/Tom Kitchin

Oasis Community Shelter offers plenty of food at the breakfast.

"It depends on what's probably in the cupboard, but we get all sorts here - absolutely all sorts. We'll have bacon and eggs and that tomorrow!"

Gisborne has experienced rapid population growth since the turn of the millennium.

As of June last year, there were about 320 whānau living in insecure housing, such as the streets, cars, garages, or tents.

The social housing waiting list is the second highest per capita in the country, growing from 59 to 555 over the past five years.

Sometimes the motels are so full with people in emergency accommodation, it's tough for out-of-towners to find a place to stay.

Oasis shelter and breakfast have been operating since the Covid-19 lockdown just over a year ago.

Cruz (not his real name) has moved in to the shelter.

"I was lost otherwise but yeah, they found me, otherwise I had no idea," he says

He was "miserable" on the streets, especially in the rain, but now he has a bed, food, shower, and washing machine.

He says it's now "too easy" and he's "most appreciative and safe."

Oasis shelter manager Lizz Crawford says she knows first hand what these people are going through.

"About 20 years ago, I was homeless myself, living in a tent with my girls," Crawford says.

"I had a friend who let me park that tent up on her lawn and thank goodness for that, because the way that I see our whānau living here is worse than that."

Gisborne provides few amenities for the homeless, with toilets locked up overnight, she says. 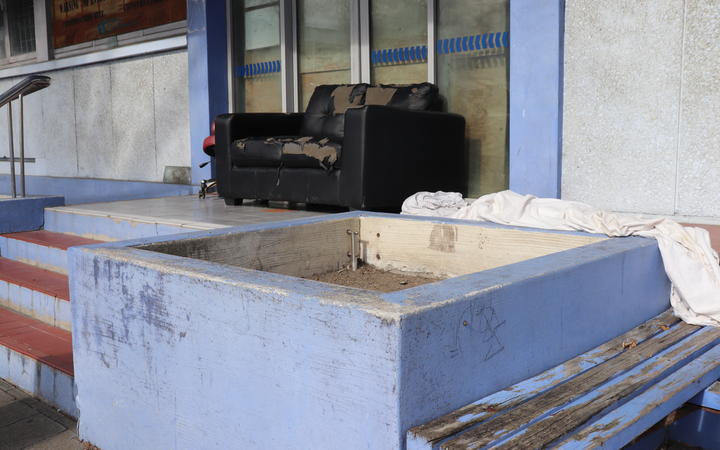 Gisborne's old police station is due to be redeveloped, but the homeless often sleep there. Photo: RNZ/Tom Kitchin

Numerous alcohol outlets and gambling opportunities add to the problems.

At an empty green field by the shelter, there are plans to build 10 transitional houses, so those in the shelter can move into homes of their own.

"They've gone from homelessness to building homes so to me, that's beautiful, that's the most beautiful thing," Crawford says.

In a nearby part of the city, many wonder what's going on with state houses.

One house on Ranfurly St in the suburb of Puhi Kaiti has been smashed up and has boards covering the windows. 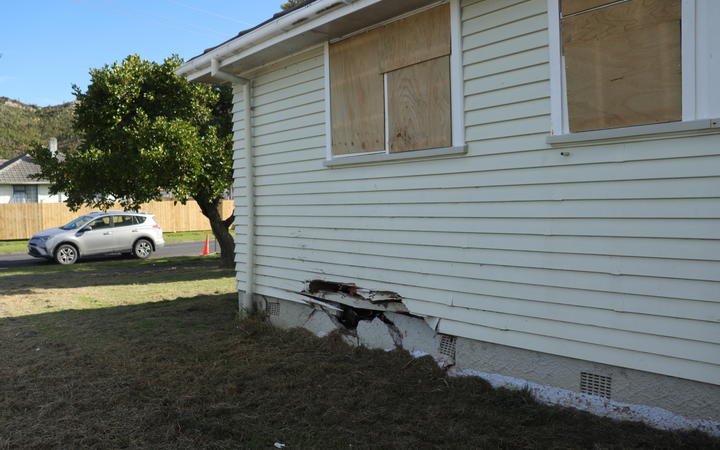 A Gisborne house owned by the Ministry of Education for "future education purposes". Photo: RNZ/Tom Kitchin

Some in the community say it's due to meth contamination.

At the back, there's an abandoned car, KFC wrappers and an old car seat strewn among the rubbish.

State housing provider Kāinga Ora says it's no longer a state house, but was sold to the Ministry of Education last year for $180,000.

The Ministry of Education says the house isn't suitable for tenants and is boarded up, because the windows have been removed.

Head of education infrastructure services Kim Shannon wasn't forthcoming about plans for the property, saying it was acquired for "future education purposes".

"At this stage we are unable to provide further information to avoid prejudicing our ability to carry out commercial negotiations," Shannon says.

Around the corner there's a big development under construction - Kāinga Ora is building 67 homes in the city, with another 22 about to go for consent.

One iwi leading the charge in getting new homes for whānau is Te-Aitanga-a-Māhaki.

Its social housing manager, Annette Wehi, says the iwi aims to build 125 homes a year for the next four years.

"So it's whānau that have whenua," Wehi says.

"Some of it is Māori, some of it is general, and it's in their own rohe, or villages, so they have the land but they don't have the means, the funding, to build or relocate homes so that's where the iwi is coming into help," she says.

It will be rent-to-own housing, with several relocatable homes from Auckland coming to Gisborne this week.

Despite such initiatives, it's not getting easier for the deprived - the latest census data shows Gisborne has the second-lowest median income in the country behind Northland, at $25,900.

In February, the region reached a new record median house price of $595,000.

Mayor Rehette Stoltz says the region is growing, but that brings challenges.

"Even though it's great for our region to have a property boom, we are seeing more and more need out there," Stoltz says.

"Kāinga Ora are building currently... there are heaps of developments, but we need to work and do more."

Five years ago, Manaaki Tairāwhiti was formed to pull together local iwi and leaders from various sectors to help support local families.

It's housing strategy was released 18 months ago, but some say there has been more talk than action.

Stoltz is a Manaaki Tairāwhiti governance group member and says the housing crisis can't be fixed overnight - it might take a decade.

"There's no silver bullet, it's not a fast process, it will take years, we will not solve it in the next year," she says.