A permit that allows people to freedom camp at a popular whitebaiting spot in Marlborough for four months could be closed.

Fishers are allowed to park up at the Wairau Diversion, north-east of Blenheim, during the whitebaiting season so long as they have a permit from the council.

But councillors last week agreed to put an end to the decade-old rule after residents questioned during the region's freedom camping bylaw review last year if it was still appropriate.

The council's freedom camping bylaw prevented campers from staying at a campsite for more than two nights in a row.

Council parks and open spaces planner Linda Craighead said in a report to council removing the permit system meant everyone wanting to camp at the Wairau Diversion would be treated the same, "regardless of the reason for doing so".

The Wairau Diversion campsite had space for 75 camping vehicles, after it was reduced in size from 16 hectares to 3ha in the council's new freedom camping bylaw, put down in December last year. The council handed out, on average, 78 permits a year.

The news was a shock to Christchurch retirees Tony and Judy Long, who had vacationed at the campsite over the whitebait season for four years. They applied for a permit as they couldn't afford to stay at a holiday park for four months.

Without it, they would have to cancel their annual trip to the "bloody beautiful" region - a place "nowhere compares to".

Bank statements compiled by the couple showed they spent about $2000 on food and drink during their vacation in Marlborough last year, and about $1600 on petrol and post.

"As you can see it all adds up and we are only one couple on the river. This money will now go to another town," they said. 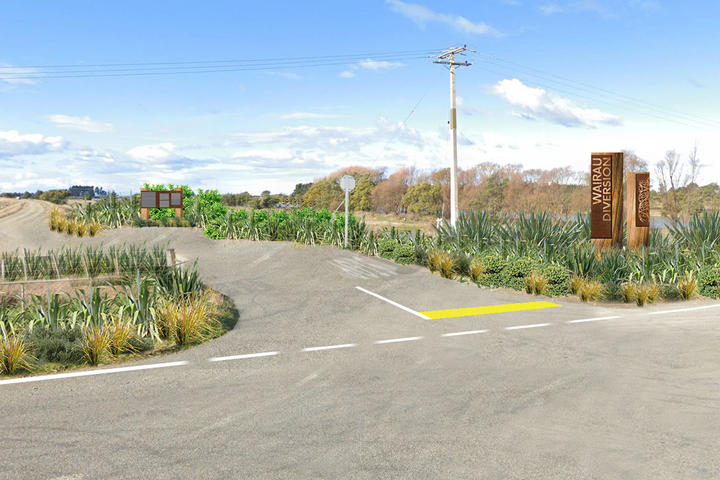 Blenheim resident Lynette Valk, who sold her home to live in a bus, said scrapping the permit would cost the region.

"There's a lot of Marlborough locals that go down there, retired people. For some of them it's the only thing they have to look forward to all year ... Why take that away from them?"

Valk used a Facebook Messenger group to share the news with friends that camped at the Wairau Diversion under a permit. One of them said permit users enjoyed the "company, comradeship and health benefits" of camping along the river.

Despite the high number of permit holders, the most Valk had seen in the three years she camped there was about 30.

"People don't stay there the whole [whitebaiting] season. I think at the end of the season last year there was six of us.

"There's a lot of big rules that are included in the permit. We're not allowed to complain about the motorbikes, or hang out our washing, which is fine. We abide by those rules. No-one has done a lick of harm down there in all those years."

The council first introduced a whitebaiting permit in 2006, under its first freedom camping bylaw, after noticing people fishing at the Wairau Diversion during the day but driving to a nearby Department of Conservation campsite for the night. 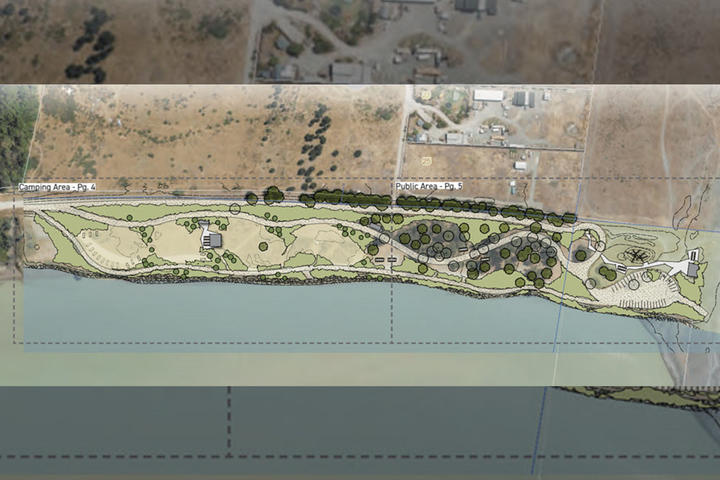 The Wairau Diversion could be landscaped before June 2023. Photo: MDC / Supplied

Applications opened each year in May, and were granted provided the person's vehicle was self-contained, registered and warranted. The fisher could stay for the duration of the whitebait season, but had to camp within the diversion site.

The Wairau Diversion was already noting a rise in popularity - from 50 campers a night in summer to 85 a night - when the council decided to shut its Koromiko site, making the diversion its new halfway site between Blenheim and Picton.

About 2680 people camped at the diversion last summer.

The council had set aside $900,000 to landscape the campsite, then put down separate toilet and shower blocks with a kitchen or dishwashing area, under its long-term plan.

The idea was to improve the site's layout, enhancing its health and safety for both day users and overnight visitors.

The project would be adopted on 24 June, along with the proposal to end the permit. If approved, letters would be sent to previous permit holders advising them of the decision.