The nationwide Innovating Streets programme promised to make streets safer, but as a group of Māngere East residents is discovering, if the work is only partially complete, their local roads can get even more dangerous. 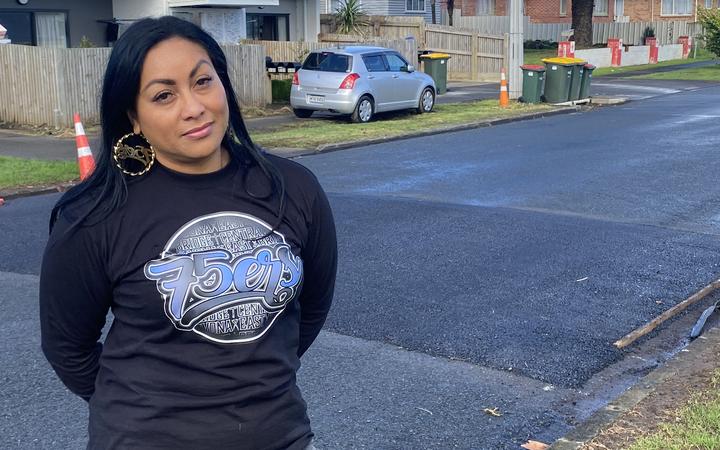 Recent weeks have seen mounds of asphalt rise on Māngere roads like swells in calm water. What has enraged residents, however, is not the introduction of speed bumps, but the way they have been installed, and the failure to alert drivers to their existence.

South Auckland hip hop artist and community advocate Shirl'e Fruean lives off one of the roads affected and said despite driving at the speed limit, her car was jolted violently as she passed over a pair of bumps late one evening.

"I went flying, I was like, what was that?" she said. "It actually damaged my tyres. They've been there over a week, and they still aren't painted."

Cheryl G hit one and also thought she was going to get airborne.

"I hit the one at about 40km/h after my late braking and thought I was about to start flying. I'm sure I'm not the only one. So yea, the thought is great but the execution sucks."

Another local, Sam Penitani, had witnessed a number of vehicles being damaged from the bumps. "I've seen a few cars lose bumpers and even [saw] an old man jump out to change his tyre with kids in the car because of those stupid bumps," he said.

"It's hard enough we struggle with other things; now we gotta pull out money to fix our cars."

Mi Li Ka was driving at 50km/h but did not see the bumps when she drove over them.

"It slammed my car and my daughter started screaming so I stopped to check her and she had bitten her tongue. I get they are for the safety of our community, but they could have at least sprayed arrows or something so that we don't go over the damn bumps at 50km."

The impression was that council organisations thought they could deliver lower quality projects in areas like South Auckland, said Fruean.

"It feels like someone decided to punish us," she said. "South Auckland, especially Māngere, seems to always be the target. We have homelessness, housing issues, liquor store exploitation and now these random bumps. Whoever is making these decisions needs to just back off." 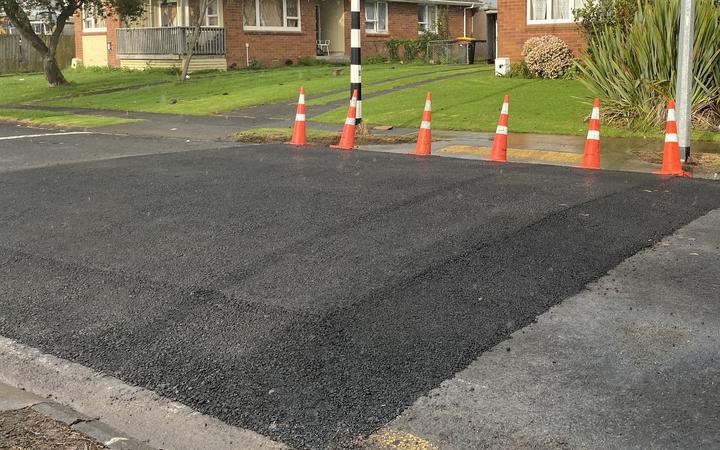 Another local, Natasha Lilo shares Fruean's concern, and is imploring her fellow locals to call Auckland Transport to complain.

"The speed bumps are a good idea especially if it's to make our streets safer for all. Just poor execution as usual from Auckland Transport. Would this be the case in a suburb like Remuera? Why do we have dangerous road bumps with the purpose of making roads and pedestrians safer but they're not safe during the progression of making them."

'We can quickly address the issues'

In a statement prior to the project's delivery, Auckland Transport said the speed humps are part of a wider series of improvement that were the result of "community co-design", which will make it "easier, and safer, to move around Māngere".

The Māngere-Ōtāhuhu Local Board co-funded the project and board chair Lemauga Lydia Sosene said the temporary changes have been put in place in response to feedback from locals.

"We've heard from our community that parts of Māngere East are difficult to move around, crossings are not safe, and there needs to be easier and better ways for people to safely get around their neighbourhood. As the project is a consultation by trial, we can quickly address the issues, and determine if the proposals are working."

In response to The Spinoff's inquiries a spokesperson for Auckland Transport said the delay in marking the speed humps was a result of rain but was due to be completed soon.

"We have been aware of this as we are working very closely with our community partner," the spokesperson said. "The weather has been holding us up on line marking over the last few days."

But as Pila N Noa said on a community Facebook page, intentions to make these streets safer have been undermined by how the work has been carried out.

"These speed bumps have caused more harm and damage than safety! All we're left with are damages to pay on our vehicles because of the poor work that has been done! As if life wasn't hard enough already!"