A series of road closures and measures to reduce speeding traffic in parts of Papatoetoe have been welcomed by a number of residents, but the changes have also led to some bad behaviour by frustrated motorists. 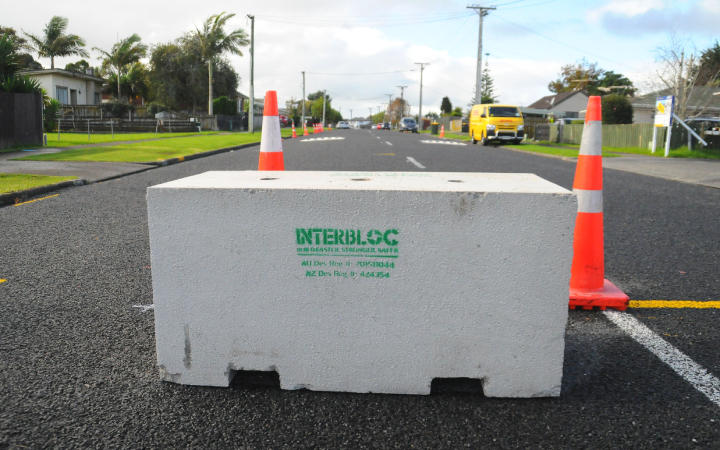 One of the concrete blocks Auckland Transport is using for temporary road closures in Papatoetoe. Photo: LDR / Stephen Forbes

Auckland Transport (AT) is trialling new road layouts in west Papatoetoe in South Auckland to help reduce the speed of vehicles in the area and prevent motorists from using residential streets as shortcuts, as well as providing safer pedestrian crossings.

According to the Auckland Council, there were 140 crashes in the west Papatoetoe in the last five years alone.

Ferndown Ave resident Gennevieve Jelitto has had cars crash through her front fence twice since 2016.

The most recent crash happened in 2019.

Jelitto said she was woken in the middle of the night by the sound of her fence being hit. She got out of bed only to find the motorist had taken off.

She said she contacted the police on both occasions, but they were unable to locate the offenders. 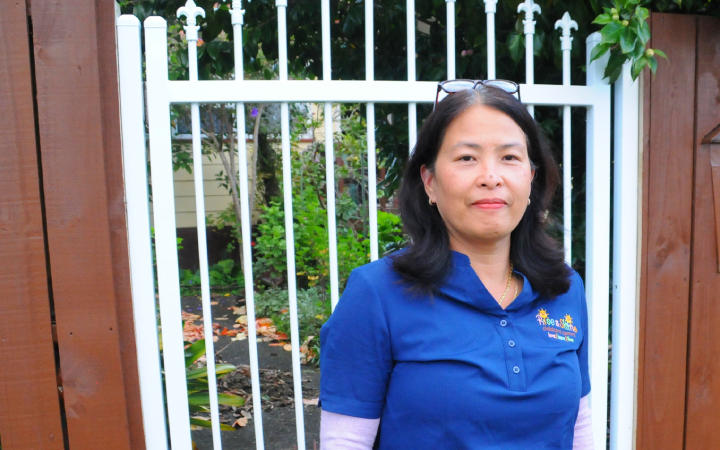 A number of nearby properties had also been damaged recently by speeding motorists, she said, so any attempt by AT to reduce the amount of traffic in the area and slow drivers down had to be a good thing.

Ōtara-Papatoetoe Local Board chair Reece Autagavaia said he was aware of the numerous traffic problems in the area, with speeding vehicles causing damage to property and near misses with pedestrians.

"We support AT carrying out the trial and listening to community feedback before making any permanent changes," Autagavaia said.

"We want to hear the perspectives of drivers, parents who want to encourage their children to walk or ride their bike to school and from people who regularly travel through the area."

But he admitted it would take time for some people to get used to the changes. He said he had heard the roadblocks had led to increased congestion on some of the adjoining roads such as Ferndown Ave.

Autagavaia said he had also been told about motorists driving over the pavements to try and get around the temporary roadblocks.

Curtis said she had lived in the street for three years and welcomed AT's changes.

"If you saw what it's normally like, it's a thoroughfare," she said.

"This road is constantly busy from 5am in the morning. The traffic has been driving everyone mad." 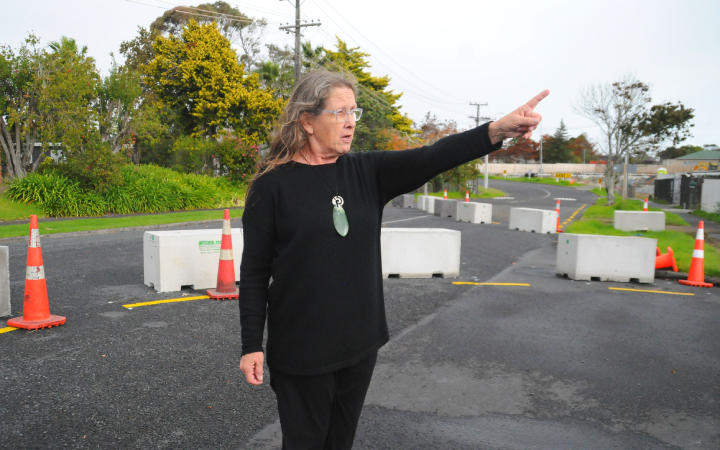 Curtis said she had been concerned about her granddaughter playing outside the house because of the number of cars rat-running through the small street.

She said the vehicles used the street as a shortcut between Station Rd and Puhinui Rd in peak times.

But she said as a result of the recent changes more cars were driving down the street and mounting the pavement to try and drive around the roadblock - creating a public safety issue.

AT spokesperson Sharleen Pihema said the trial was expected to last until 15 June.

"Then we will analyse the results and take it back to the Ōtara-Papatoetoe Local Board," Pihema said.

She said while some people might not think the concrete barriers were aesthetically pleasing AT would look at more permanent long term options if it proceeded with the closures. 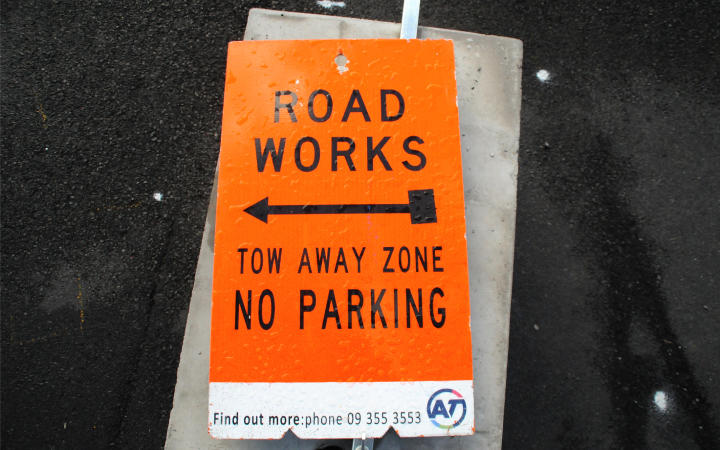 When asked for AT's response to motorists driving over the pavement in a bid to get around the barriers she was surprised.

"That's just bad behaviour. It would be great to address that and I will tell our team."

But she said the road closures would mean motorists would have to change their behaviour.

"There is a block of people who don't want the changes, but there are other people who want them, so for us it's about finding the right balance."

The AT roading trial in Papatoetoe is being funded by the Waka Kotahi NZ Transport Agency as part of its Innovating Streets for People programme.