A traffic safety project in an Auckland suburb has created quiet streets, but also complaints from many who say they did not know it was happening.

It has brought a lot of criticism in local group pages on Facebook, and some drivers have even gone down the footpath to get past.

"This is a trial, it's six to eight weeks of testing some things out, gathering public feedback – a truly open consultation process where people can see plans in real life rather than on a computer screen," Maungakiekie-Tāmaki Local Board member Peter McGlashan says.

McGlashan is the key person behind the project.

Low traffic neighbourhoods were about making streets safer and cutting down people's car-dependency, he said.

When Checkpoint visited the roadblock on Arthur Street during morning rush hour, birds could be heard singing as a steady stream of parents and children were walking or cycling to nearby schools.

Arthur St usually sees about 5000 vehicles a day and has been notorious in the community for traffic and car crashes.

A map of the low traffic area in Onehunga. Photo: RNZ / Vinay Ranchhod

The trial has come at an opportune time. Last week the Helen Clark Foundation submitted to the Climate Change Commission saying low traffic neighbourhoods were an effective and low-cost way to cut carbon emissions.

New Zealand has one of the highest rates of car ownership in the OECD, and nearly 40 percent of the country's emissions come from motor vehicles.

It is one of the Innovating Streets for People projects, led by Waka Kotahi NZTA, which are designed to trial new street layouts to give communities a tangible sense of what changes could be made.

Resident Heather Bates said the project had been divisive and frustrating for most people in the area. She lives just outside the low traffic neighbourhood and drives to work in South Auckland.

"My travel time has more than doubled, so getting home has gone from around 30 minutes to over an hour sometimes," she said.

"We all want safer streets. And the main frustration at the moment is the lack of community consult.

"I do think at the end of the day it is a really good idea in theory. But the way it was put into place has called a lot of anxiety and division." 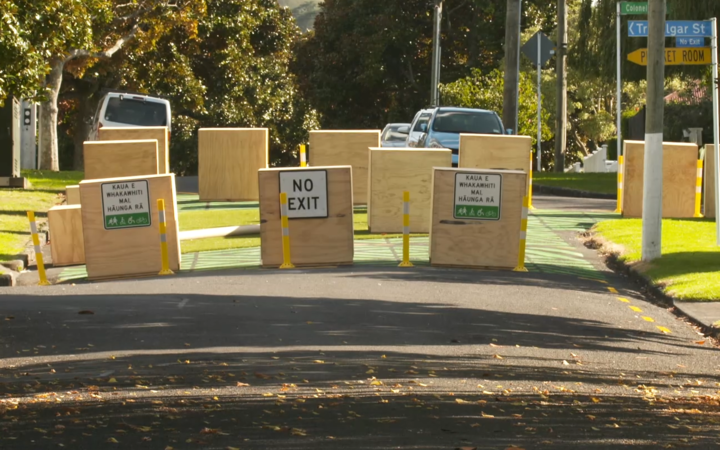 There are several early childhood centres in the area. Overall, they say their parents have been frustrated by getting stuck in main road congestion as they pick up or drop off their children on the way to or from work.

"Sometimes we do have to drive. To drive now we've got to get onto main roads, so what used to be a two-minute journey is now 12 to 15 minutes," local parent Amy said.

McGlashan said the trial was about encouraging people to try those short trips another way.

"We've spoken to dozens of parents who drive 600 metres every morning to drop their kids off. And now this intersection is safe, they've said, 'actually my six-year-old and 10-year-old are walking to school themselves now'.

"That's one, two, five, 10, 20 cars off the road just within this local area. That's what we know is happening globally when these things are left down for long enough. People start to work out another way to get around."

On Arthur St, others were in favour of the project but agreed it had come as a surprise.

"Came out of the blue, but fantastic," said Jill, a Grey St resident walking her grandchild to school.

"People are getting used to it already. Of course there's some angry, aggro people banging into boxes et cetera." 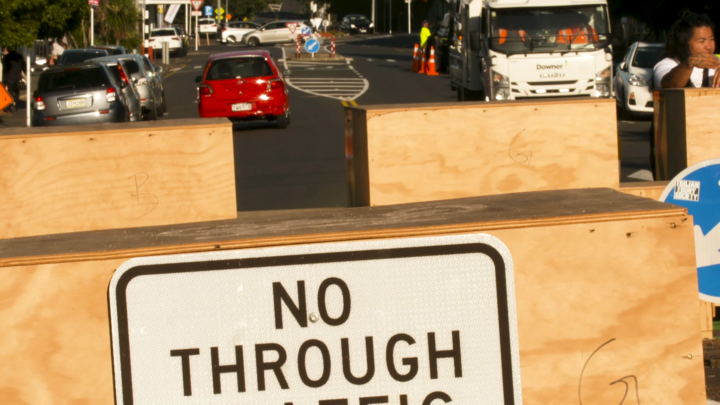 Local parents Sarah and John welcomed the changes. They have seen car crashes outside their house. But they agreed the messaging could have been clearer.

"It's controversial in this area but we actually love it," Sarah said.

John said the lack of clarity about what was happening had been a problem. A clear website with information to answer people's questions would have helped, he said.

"But in the absence of any really good information, people made up their own information, the mob got fired up, and now it is going to [be] pretty hard to settle down."

Sarah hoped that in time others would see the project's value.

"It's actually a good thing for the neighbourhood … prioritising people walking and biking instead of cars, it's much healthier for kids and it makes our neighbourhood much safer." 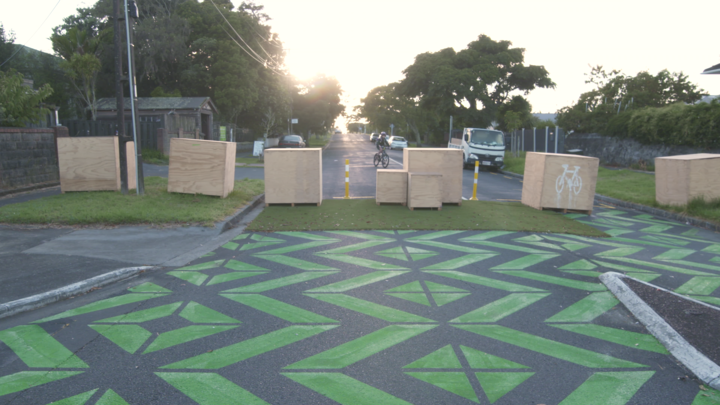 "We've got a lot of dump trucks coming down … although we're supposed to be a quiet street it was actually quite busy."

The project had made things much better, she said - she felt safer with her five-year-old learning to ride a bike.

McGlashan said the trial itself made discussions more productive.

"Until we put these things down, it was going to be really difficult for people to actually face those types of conversations." 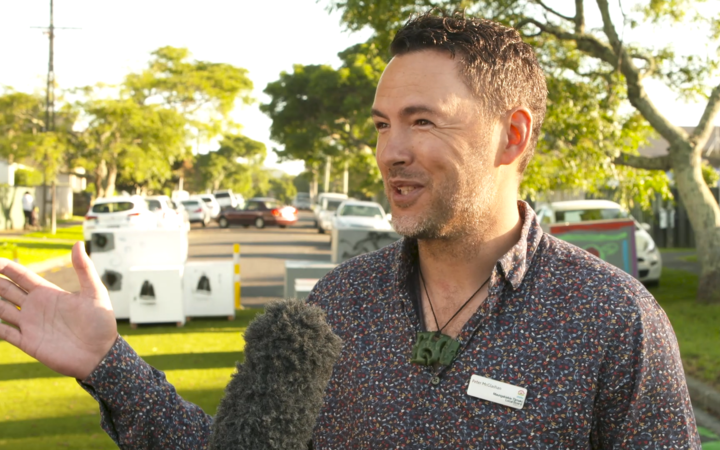 The project was announced in the Onehunga Community News in September last year, and there had been public workshops and letterbox drops, but until there was a box in the middle of the road, people generally would not have engaged, he said.

"That's kind of what this tactical urbanism approach is… You could spend hundreds of thousands more dollars raising the profile of the project only to not have any money left to deliver it.

"These really are about doing as much consultation as you can beforehand, but often once they're on the ground, that's when the true consultation starts.

"We're just really hopeful the community can be patient enough to see those changes come to life."

After public feedback and vehicle movement data has been gathered, a decision will be made on the future of Ōnehunga's low traffic project.