The new $69 million Puhinui Station Interchange is set to open in Papatoetoe next month, and according to Auckland Transport (AT) it will provide a vital link between the airport and the rest of the city. 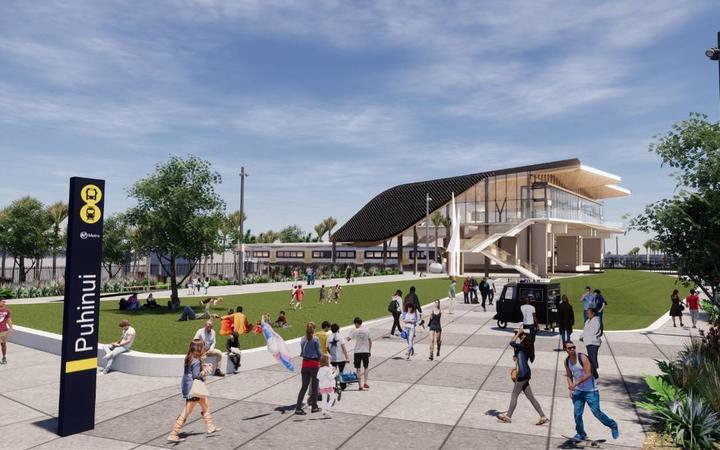 An artist's impression of what the finished Puhinui Station Interchange will look like. Photo: Supplied

The AT-led project is expected to officially open on 26 July and will allow people to transfer between services at the joint bus and train station.

Spokesperson Natalie Polley said it was an important development for Auckland's public transport network and would be a key link to the city centre for airport passengers.

The airport is the international gateway to the country as well as a major regional employment hub and freight destination. With increased growth planned in the area, the Puhinui Station Interchange is seen by AT as an important way to improve public transport in the area.

Work on the station upgrade began in 2019 and it was one of four shovel-ready transport projects that received government funding last year.

The government provided $47m for the Papatoetoe project, while about $12m came from the Regional Fuel Tax and the balance has come from Crown Infrastructure Partners and development contributions.

When the design contract was awarded in early 2019, it was expected to cost $58.8m but, according to Polley, the cost of the project has increased due to rising costs and the impact of Covid-19 on international supply chains.

AT had originally planned to have the station up and running by late 2020, or early 2021. But last year's lockdowns and other logistical issues around shutting down the rail lines for the work meant the timeline for the project was extended. 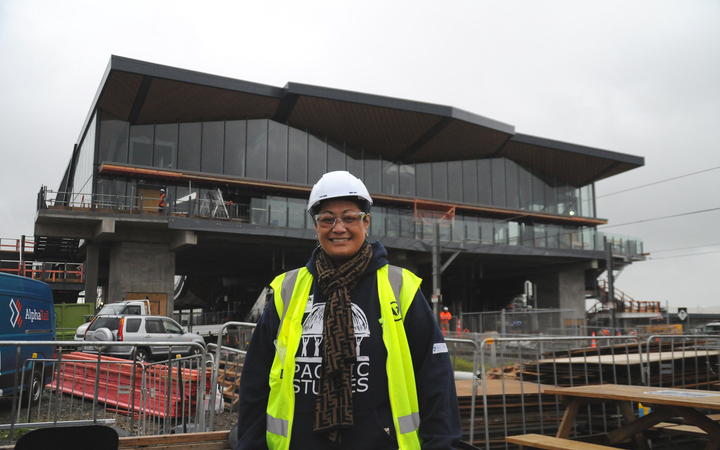 Ōtara-Papatoetoe Local Board member Lotu Fuli was impressed with what she saw at the Puhinui Station Interchange. Photo: LDR / Stephen Forbes

Ōtara-Papatoetoe Local Board member Lotu Fuli was given a guided tour of the site on Tuesday and was impressed with what she saw.

"Compared to what was here, it's really transformative. I think it will be a game-changer for the area," she said. "A lot of our local people work in the airport precinct and until now they didn't have many options in terms of public transport."

She said the interchange would allow people to catch a train to the station and get a bus to the airport.

Her thoughts were echoed by fellow Ōtara-Papatoetoe Local Board member Dr Ofa Dewes.

"It's a fabulous project and I'm thankful that we have the opportunity to have this right here in our backyard in Papatoetoe," she said. "It's world class.

"And I was very impressed with the engineers and the construction workers who've worked on this for the past two years to make this happen."

"It's a great statement for how we want the city to develop," Lowrie said. 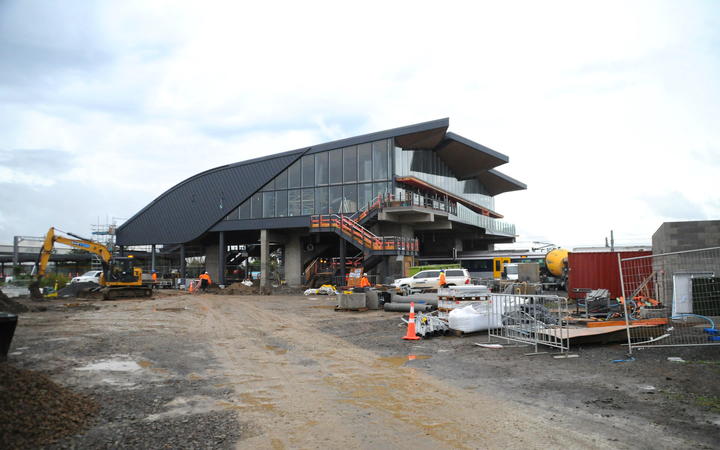 The Puhinui Station Interchange which is being built by McConnell Dowell. Photo: LDR / Stephen Forbes

He said people now had the option of using public transport to get to and from the airport, instead of being stuck in gridlock.

"Previously, there were no decent options to get to the airport, but this project changes that."

He said he thought if other station upgrades around the city were anything to go by, the numbers of people using the station would also increase.

"We are now starting to see a network of really good quality stations around the city."

In January, AT unveiled a fleet of electric buses for its new AirportLink service. The vehicles are operated by Go Bus and run from the Manukau Bus Station to the Puhinui Station Interchange and Auckland Airport and back.

The Puhinui Station Interchange and the AirportLink service are part of the wider Auckland Airport to Botany Rapid Transit project.