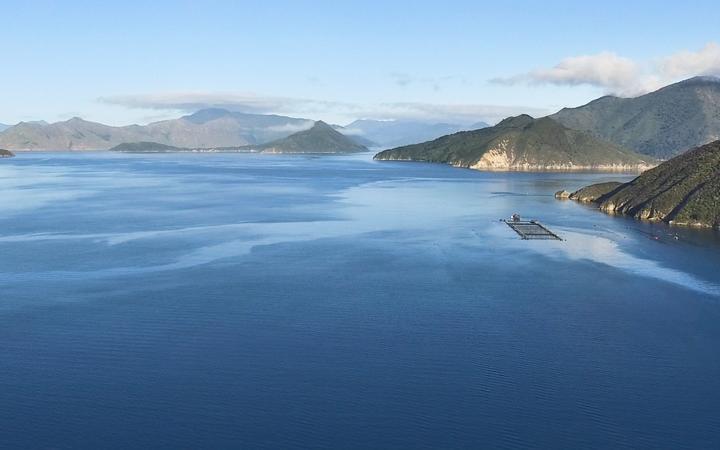 The Marlborough District Council has issued two fines and a warning after Cawthron Institute's inspection of New Zealand King Salmon's farms found five out of nine were non-compliant.

One farm in Pelorus Sound's Forsyth Bay was even deemed "significantly non-compliant" due to pollution under its pens, caused by fish waste and uneaten fish food falling to the bed.

Compliance was judged against a farm's resource consent conditions and guidelines laid down by central and local government to encourage "environmentally responsible" aquaculture - both of which the Forsyth Bay farm breached. 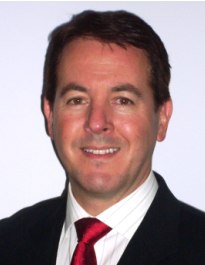 NZ King Salmon chief executive Grant Rosewarne said the company was "concerned" by the results and how those were achieved, so had them checked by another science provider.

"We invested more money, hired a company to do a more thorough look, and we were found to be compliant, which we believe the salmon farms were at the time," Rosewarne said.

He said once the report was finalised, it would be presented to the council, which had agreed to review the new figures.

"Some institutional knowledge has been lost, in my view, from the council on what the true environmental effects are or aren't from salmon farming. There's also been a reinterpretation of resource consent conditions," he said.

Rosewarne said in the past compliance was assessed holistically against environmental standards, not against individual conditions, which put NZ King Salmon "at a loss".

Some of the salmon farms were dubbed non-compliant as bacteria under their pens were forming into a mat, breaching consent conditions. NZ King Salmon was trying to remove this from its consents, arguing the mats were changed weekly.

"We've gone back and checked beneath those farms, and the mats aren't there any more ... It shouldn't be an indicator.

"It was put there for good purposes in the beginning, but the evolution of science shows it's not indicating what we thought it was indicating, but we're still held to that standard."

Cawthron Institute found three of the farms were compliant, three were non-compliant and one was "technically non-compliant". One had no resource consent conditions to compare compliance to, and two farms were not tested.

The main areas of non-compliance were seabed enrichment. 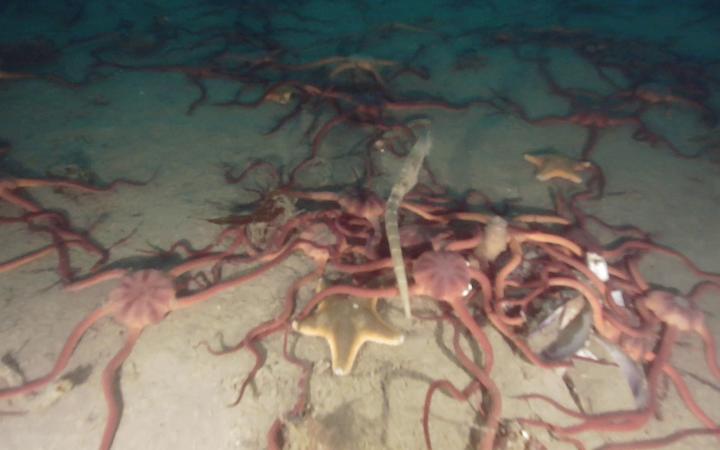 Seabed life could be oxygen-starved

Her report, summarising Cawthron Institute's results, was shown to councillors at an environment committee this week.

Results showed five farms exceeded the recommended guidelines for zinc, plus another three for copper, but none of these triggered a breach in resource consent conditions.

Frooms said copper and zinc did not break down over time.

Copper was the main ingredient in the paint used to stop organisms from growing on farm structures, while zinc was added to fish feed, so it was spread by fish waste and uneaten food.

Another four farms did not meet sampling and reporting provisos set down in their resource consents, and three did not meet their consents' environmental quality standards.

Three of NZ King Salmon's farms - one in Te Hoiere/Pelorus Sound and two in Tōtaranui/Queen Charlotte Sound - did not need to track their waste discharge, but did so voluntarily.

These three farms received low water flows, which made it easier for waste materials to build beneath the salmon pens.

Pens at two of the farms were flagged as above guidelines.

Two salmon farms in Crail Bay, in Te Hoiere/Pelorus Sound, were not monitored as they were not occupied last year.

The other non-compliant farm, at Tōtaranui/Queen Charlotte Sound's Te Pangu Bay, had been issued with a formal warning.

Frooms said in her report that the council would continue to work with NZ King Salmon, but dish out "appropriate levels of enforcement action" in response to consent non-compliance.