An aquaculture boss is concerned more salmon will die after a hearing on the country's first "open ocean" salmon farm was delayed by Covid-19. 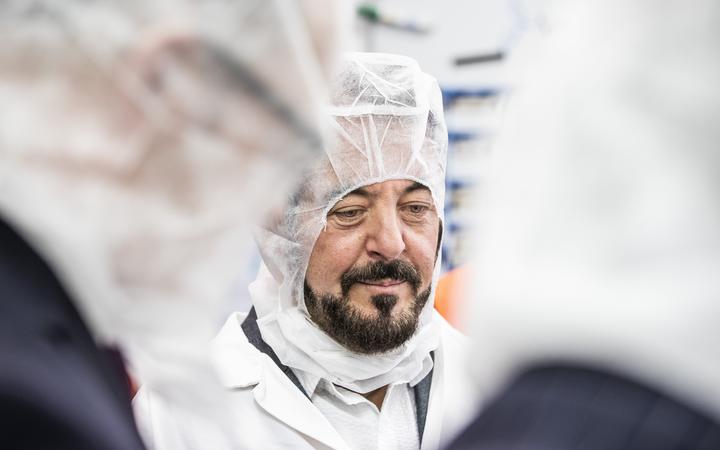 New Zealand King Salmon was met with mixed responses earlier this year when it asked to set up a farm in the cold waters off Marlborough, after years of hot summers causing its salmon to die in their pens.

It originally looked at holding an online hearing over several days in June when the coronavirus first hit New Zealand, but last week decided to seek an adjournment to match the "extraordinary times".

NZ King Salmon chief executive Grant Rosewarne said the decision, spurred by submitters, meant the company would need to face more summers in Marlborough Sounds waters, which were heating up.

"That means we have to confront higher mortality rates," he said.

It would revisit the hearing process after the lockdown ended.

The company had hoped to build the farm within a 1792-hectare site in the ocean - a New Zealand first. It said the farming operation would take up a small fraction of the site, located 7km north of Cape Lambert.

The Marlborough District Council received 56 submissions on the application, with 41 in support, 14 against, and one neutral. Those opposing were concerned it was "premature" due to its "lack of sufficient information" and "significant adverse environmental" effects.

Rosewarne said NZ King Salmon would use the additional time to "hopefully" address the concerns of submitters before the hearing, which could reduce the amount of attendees, and speed up the process.

It would also explore how the hearing could safely go ahead.

Council administrator and hearings facilitator Sue Bulfield-Johnston said four submitters had written in asking for the hearing to be postponed, saying they could not collect back-up evidence during the lockdown.

The submitters, who all opposed the application, estimated in an email they would need three months to gather field evidence and experts statements once the lockdown was lifted, set down for mid-May.

Friends of Nelson Haven and Tasman Bay representative Rob Schuckard also voiced concerns that the proposed video call software, Zoom, would not be secure enough, and that his internet connection in the Marlborough Sounds would affect his ability to join a virtual hearing.

Bulfield-Johnston said that fact that virtual meetings could exclude some submitters created concerns about whether they allowed for a fair processes, which should give "natural justice to all parties".

Each group must agree to holding a virtual hearing before one could take place, or provide their reasons on why it wasn't suitable, she said.

Rosewarne said if approved, NZ King Salmon's open ocean farm was a "shovel ready" project which could increase employment opportunities and contribute majority to the rebound of New Zealand's economy.

"It would create about 300 jobs on our team, plus flow-ons from that."