The Marlborough District Council will press ahead with this year's annual plan process - often dubbed a financial "lolly scramble" for community groups - but has warned funding won't be forthcoming as it looks to "freeze" rates. 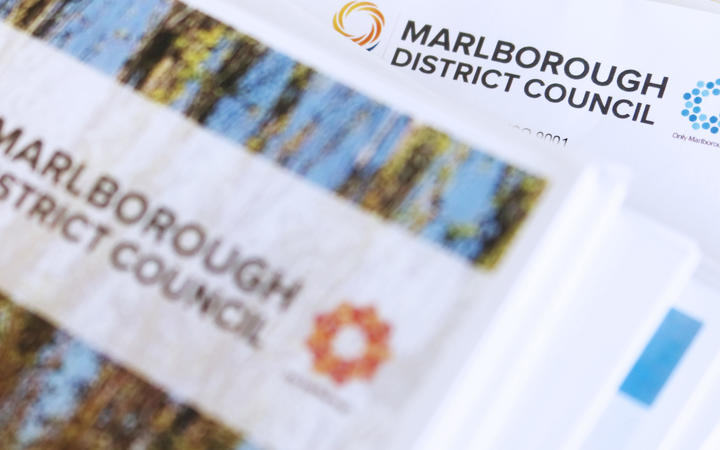 The Marlborough District Council's annual plan will still go ahead this year, but the council might not approve any funding requests in a bid to keep this year's rates increase down. Photo: LDR / Chloe Ranford

The council agreed, over a virtual conference call on Thursday, to "boost" the region's economy by trying to keep this year's rates increase to below 2.2 per cent - the minimum needed to keep services running - to support those hit by the Covid-19 crisis.

In other years, the rates increase hiked if funding requests were approved during the annual plan process, but this year the council did not want a rates increase, and were searching for ways to reduce it.

Councillor Jamie Arbuckle said it was "almost inappropriate" to hold annual plan hearings if funding requests would not be approved.

"We must signal early on that we are not expecting the community to come in with things that we aren't willing to fund," Arbuckle said.

But councillor Gerald Hope said hearing ideas from the public on new innovations and plans was important in "this time of great uncertainty".

"The message is clear that things might not be funded this year."

Deputy Mayor Nadine Taylor said the council had a number of funds available which could be used to cover possible annual plan requests.

"I think the messaging is this council wants to hear from this community, but we want to keep the lights on and keep things ticking over ... it needs to be clear that it's not the time for a bunch of new projects," she said.

Councillor Barbara Faulls said residents should still be able to submit and put in their innovative ideas, especially those in the Marlborough Sounds, who did not have access to some council funding initiatives.

Councillor David Croad said he was concerned reducing the rates increase could de-power the council once the coronavirus crisis ended.

"There's an element of the community that don't need their rates wound down, and there's some that do ... We need to be wise in our spending."

Chief financial officer Martin Fletcher said he believed the council could keep rates down to 2.2 per cent by applying a "sinking-lid" hire policy, reducing budgets in non-essential services, and shelving new projects.

The council approved 16 projects for $12.1 million in February, but some of the $468,500 worth of community facility upgrades could be deferred, as could rolling out kerbside recycling in Renwick for a year, he said.

This year's annual plan said while these projects were "highly important" to the community and to meeting government regulations, Covid-19 had triggered "an even higher requirement" - to reduce the rates impact.

Marlborough Mayor John Leggett said in the plan while it was disappointing that the region would be unable to continue with some new projects, the greater interest of the community must take priority.

"No-one could have anticipated the disruption to our community [Covid-19] has already caused. Council has recognised the potential impact."

He said it would keep capital expenditure projects ticking over to keep the region's economy moving and prepared for "the other side" of the lockdown, and set aside more than $60m for next financial year.

"It will also provide a much-needed boost to our economy ..."

Cutting the rates increase would not impact core services like roading, water, sewerage and stormwater, but could affect other services "to a lesser extent", though it was too early to pinpoint which ones.

A 2.2 percent increase equalled an extra $1.10 a week per property.

The council had originally proposed a 4.86 percent rates increase, driven by a "very high level of capital expenditure", before Covid-19.

The rates increase would be referred onto the annual plan process, although staff were unsure if or how plan hearings would be held.

Both lots of cash would be funded by the council's emergency events reserve, and would not impact rates this year, a council report said.

A picture of Leggett, to go alongside the 'mayor's message', has been changed in the annual plan consultation document, as councillors thought his previous picture was "a little too smiley for the current situation".

Please add these lines to the bottom of each article (with the text in bold and italics):