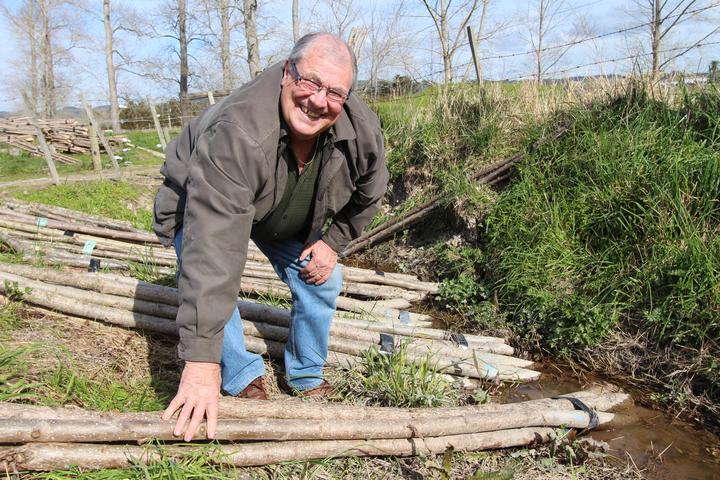 Craig Brown was 73 and Whangārei's current mayor said he had made a huge contribution to the city and to the North. Photo: Supplied

He was staying at a Kellys Bay bach with a mate for a week's fishing, his last day spent catching a few fish and achieving a satisfying haul. He had been due back home in Ngunguru on 25 September.

Whangārei Mayor Sheryl Mai said Brown had made a huge contribution to the city and the North.

Brown was the 19th Mayor of Whangārei, former Northland Regional Council chair and a Northland District Health Board member for 15 years until 2019.

His services to the community were recognised with the Insignia of a Member of the New Zealand Order of Merit in the 2015 New Year's honours.

Brown said upon receiving that accolade it was as much for the many other people he had worked with - "the ones who help you do what you do" and particularly for his supportive wife Helen who "let's me do the things I do".

"Craig made a huge contribution to Whangārei and Northland," Mai said.

"He put his heart and soul into the things he cared about. He was an incredible human being who led our district through some pretty tough times," she said.

Brown was on Whangārei District Council for 12 years, serving as Mayor for half that time from 1998 to 2004.

"I'd like to acknowledge the outstanding leadership he brought to Northland, including through his role as NRC chair," Justin Blaikie, NRC deputy chair said.

"He was respectful and always gave people the time of day. He made everybody feel equally important."

Brown was a Northland District Health Board member from 2004 until last year.

"We are deeply saddened to hear of the sudden death of Craig Brown, a respected Northlander and Northland DHB board member for 15 years, from 2004 to 2019," Dr Nick Chamberlain, Northland DHB chief executive said.

"We offer our sincerest sympathy on this terrible loss to his wife Helen, their children and grandchildren. Helen, who dedicated more than 50 years to Northland DHB in her career as a nurse, married Craig in the Whangārei Hospital Chapel in 1969," Chamberlain said.

"We were very fortunate to have his extensive experience and knowledge as a board member for so many years. We remember Craig for his strong support and passion for Northland and its people."

Brown's involvement in health and the community included a 35-year involvement with the Northland Ambulance service, many years as its chairman.

"He was one of the true leaders of Northland. He was involved in so many things," said John Bain, current Northland DHB board member and NRC councillor.

"He had tremendous knowledge of the systems of councils and the DHB."

Bain has known Brown for three decades, having met through charitable work before either became involved in local government.

"This is farewell to an extremely good citizen of the region. He was well respected, spoke his mind and always has a smile," Bain said.

Brown was a Justice of the Peace and Waipu Lions Club president. He was chairman of the Waipu School Committee, overseeing its centenary celebrations. Brown served six years on Bream Bay College Board of Trustees and chaired the McBirnie Trust which made annual awards to students who contributed to school life.

He was involved in numerous initiatives and working committees during his lengthy public service, including establishing 'The Pulse' youth space in Raumunga Whangārei, the Safer Community Council, the first Mayors Taskforce for Jobs and councils' youth employment training in Northland. He also initiated the construction of several infrastructure and community projects.

In 2004, he received a Prince of Wales Award for services to youth. He also got an Education Service Award from the Multi Education Trust in 1994.

Brown was co-opted as a board member to the Northland Polytech council for six years from 2004-2010.

While in local government, Brown was also involved in the long-running and controversial Northland debate around what position councils should be taking on genetically modified organisms in the region.

Brown was passionate about Northland's councils working together to improve the local community's life quality.

While on NRC Brown said water quality, distribution and disposal was the number one matter for the region. He represented the coastal south constituency.

He said it was impossible to separate the main issues of economic development, job creation, a clean environment, health and social wellbeing.

Brown was keenly interested in setting the planning foundations for developing Bream Bay infrastructure in support of growing the port at Marsden Point. This included plans for a rail corridor to Marsden Point.

In 2013, he said four laning the highway from Auckland to Northland would help open the door to the expansion of port and rail development, enhanced tourism and industrial growth.

Brown said being a rural person twice voted in as Whangārei Mayor was possibly his proudest achievement.

"Coming out of the blue and getting the job as mayor was very interesting. It's normally the big towns that provide the mayor, yet I came from a country location and made mayor. That showed I was also getting support from the people in the city who felt I could do the job," he said of that time.

Brown was also at the helm of NRC through heated debate around local government amalgamation earlier this decade.

"Our community is so much richer because of Craig's passion to make a positive impact," Tutukaka Coast businessman Jeroen Jongejans said.

Brown was a supporter of protecting Ngunguru sandspit from development.

"A mighty totara has fallen," the Ngunguru Sandspit Protection Society posted on its Facebook page.

Brown was also a former policeman and was involved in farming and real estate. He was also a marriage celebrant.

He came from a farming background, his family from Mangawhai, Kaiwaka and Waipū. He went to Waipū Primary School.

Brown lived at One Tree Point, Bream Bay for many years, before shifting to Ngunguru to be closer to family.

Brown was married to his much-loved wife Helen for 51 years, attributing much of his successes in public and private life to her. He is survived by two children and grandchildren.